Support The 74 and stories like this one. Donate Today!
Analysis
Best of the Month
Personalized Learning

The Education Essays That Sparked Debate This Year: Our 19 Most Shared Columns and Commentaries From 2018

This is the latest roundup in our “Best Of” series, spotlighting top highlights from this year’s coverage as well as the most popular articles we’ve published each month. See more of the standouts right here: The Best of 2018

Here at The 74, we love a good debate. Just about every day, we publish an array of essays that take critical looks at, or offer innovative approaches to, schools, standards, practice, and policy. They’re often our most shared, circulated, and debated links of the week. We went back through the archive to look at which essayists stirred up the most discussion across 2018; here are the nine top standouts of the year, along with the following 10 runners-up. (Get every 2019 op-ed delivered straight to your inbox by signing up for The 74 Newsletter)

Innovation: For the first time in history, American schools are being asked to prepare a majority of students for college and higher-skill jobs. It hasn’t been easy. As technological advances enable machines to substitute for human labor, a college education is more valuable than ever, but only 1 in 3 students earns a bachelor’s degree. In response, officials have introduced a raft of initiatives, including a far-ranging focus on soft skills (like teamwork and problem-solving) through higher standards, deeper learning, and better tests, as well as expanded offerings in STEM, information technology, and career and technical education that ready students for college work. As David Cantor writes, the work has been unsystematic, plagued by racial and gender inequalities, and hampered by disputes about the purpose of education. The only thing that seems certain: Traditional models can no longer do the job. Read the full analysis.

Unions: In the middle of the historic nine-day teacher strike in West Virginia earlier this year, Mike Antonucci used his weekly Union Report column to take a closer look at why the strike went on so long — and why teacher strikes aren’t like other walkouts. Rarely noted, he wrote, was that the school employees in West Virginia were still being paid while out on strike. Their much-maligned health coverage was still in effect, and they were still earning credit toward retirement. Forcing teachers back to work would have required a court injunction, but neither the superintendents nor state officials made a move in that direction — perhaps because they were unwilling or unable to enforce an injunction should the teachers defy it. Antonucci also makes the argument that teachers in West Virginia had every right to walk out — and that teacher strikes should not be illegal. Read his full assessment.

Student Finances: The evolving nature of work requires evolving our system of training students for the jobs of today and tomorrow and rethinking how we provide financial support, writes contributor John Bailey. One such innovation: replacing traditional tuition with Income Share Agreements, which give students private funds for classes in exchange for a percentage of earnings for a set period after graduation. Repayments rise and fall depending on the student’s income, making them responsive not just to changing economic conditions but also to changing circumstances in life. ISAs give students early access to their future earnings and insurance against bad financial outcomes, Bailey writes — and they give the institutions that train them a stake in their success. Read the full essay.

Falling Into the Belief Gap: What It Feels Like to Realize Your Child’s Teachers Have Sized Him Up and Dumbed Down Their Estimations

4Fams: Beth Hawkins writes about the hardest lesson she has learned advocating for her two sons. Both boys are white, are exceptionally bright, and live in a zip code that entitled them to seats in the best schools in the city where they live, Minneapolis. When it was time for her oldest, Royce, to enter kindergarten, principals and teachers rushed to assure her that they would nurture his gifts. And they did, pushing him to take the hardest classes and steering him to one opportunity after another. His younger brother Corey — not so much. The gatekeepers to those same opportunities saw his autism but not his intellect, steering him away from the same level of academic challenge. Never mind that his goal is the same: to graduate and go on to a college where he’ll be encouraged to develop his passions. “Call it stereotype threat, implicit bias, or pity born of privilege — there is a mountain of data on how poorly students fare when the adults in their lives don’t set high bars and push them to vault them,” Hawkins writes, in a first-person account of what it’s like to live a reality she’d previously understood from the remove of a reporter’s vantage. “But to parse those decades of research isn’t to understand on a gut level what it feels like to realize your teachers have sized you up and dumbed down their estimation.” Read her full reflection. 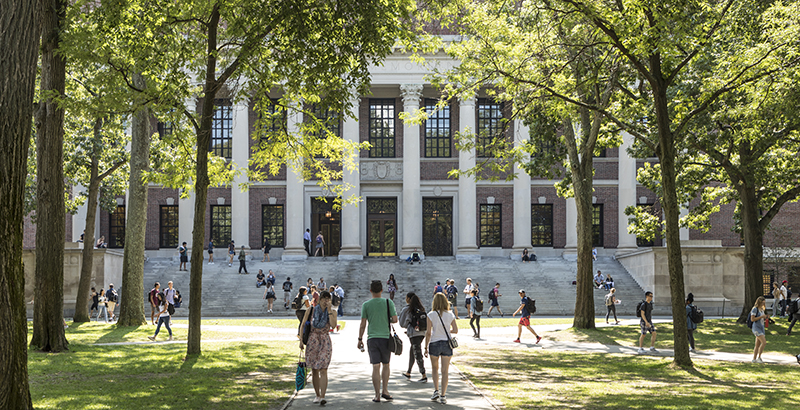 Equity: A decision by seven Washington, D.C.-area private schools to leave the Advanced Placement curriculum may not seem important in the overall scheme of things, but contributor Conor Williams is concerned. By abandoning AP, he writes, these schools for the privileged are seceding that little bit further from the educational experiences available to other, not-rich kids in their community and country. It is emblematic of the cancerous way that inequality drives today’s democratic crisis: Rich Americans are getting richer, staying rich, and separating themselves from the rest of us, moving further and further away from the shared principles that have guided our nation’s common life and enabled our democracy to survive. Read the full column.

Integration: 74 contributor Richard Whitmire profiles Boston Collegiate, a high school that manages a student enrollment about evenly split between black and white teens in a city forever associated with its ugly response to forced busing in the 1970s. Even more intriguing: Boston Collegiate students come from still highly segregated, working-class neighborhoods; its student diversity remains steady at a time when schools nationally are becoming more racially isolated; and it’s a charter school, a type of public school some have blamed for worsening school segregation. The secret, Whitmire says, is that Boston Collegiate offers black and white parents the same thing — a chance their kids will get into a good college. Read the full analysis.

Do Charter Schools Take Districts’ Money? Only If You Think Children, and the Funding That Comes With Them, Are District Property

Funding: Have you ever heard anyone ask, “How much do farmers markets cost Walmart?” Of course not, writes contributor James V. Shuls; it’s a ridiculous question that presupposes the customer belongs to Walmart and is robbing the store of its rightful funds by purchasing produce somewhere else. So why, he asks, does that question make sense when asked about education? His answer: It doesn’t — and the idea that charter schools are somehow robbing districts when students transfer in dehumanizes children, reducing them to mere economic units. Indeed, he writes, this is the fundamental problem with America’s public education system: We presume the tax dollars that fund a child’s education belong to the public school district and the child belongs in a district school seat. Read the full argument.

School Discipline: When 15-year-old Matthew McCree was stabbed to death at the Urban Assembly School for Wildlife Conservation in September 2017, it was the first killing in a New York City school in decades. The incident initially received substantial media coverage, focusing particularly on homophobia and unaddressed bullying at the Bronx school. Abel Cedeno, 18, who is facing manslaughter charges in the case, said he was tormented and threatened because of his sexuality. But those close to McCree say there is more to the story. Eight of his teachers and six of his friends spoke to 74 contributor Max Eden, who has become well known nationally as a critic of restorative justice discipline practices. Those inside UA Wildlife told Eden that after edicts came down to reduce suspensions and weak leadership was put in charge of the once-thriving school, “meaningful consequences for misbehavior were eliminated, alternative approaches failed, and administrators responded to a rising tide of disorder and violence by sweeping the evidence under the rug.” If school leaders had “prioritized student safety over statistics, McCree’s teachers believe, he would still be alive. And they fear that the dynamics that destroyed UA Wildlife are playing out across New York City.” Read Eden’s full analysis.

From Report Cards to Parent-Teacher Conferences, Schools Must Do a Better Job of Telling Families How Their Kids Are Doing

Family Engagement: Engaging parents means shooting straight about how their daughters and sons are performing and committing to making hard changes and expending real resources to help those children do better. It’s a promise to be honest and do right by all kids. But when it comes to two time-honored means of sharing news, good or bad, about student performance — report cards and parent-teacher conferences — communication is often anything but clear, writes contributor Michael Petrilli. What can be done about it? Find out here.

Teacher Diversity: Want to Close the Opportunity Gap? Start by Fixing the Diversity Gap Between Students of Color and Their Majority-White Teachers, By Brandon Brown

Curriculum: A Mom Wonders — I Never Enjoyed Math, but My Kids Love It. When Did Doing Math Become Fun?, By Tally Bernard

Midterms: 5 Ways the Midterm Elections Will Have Major Implications for Education Reform, By Andrew Rotherham

Standards: Without Standards and Accountability, There Can Be No Innovation, Personalization, Flexibility — or Education Reform, By Sandy Kress

History: The First Word My 4-Year-Old Learned This Summer Was ‘Lynching’: Why I Thought It Was Important to Take My Preschooler to Montgomery, By Bekah McNeel

Employment: Why States Should Break the College-Degree Stranglehold and Make Jobs Available to All Qualified Applicants, By Michael B. Horn and Gunnar Counselman

Appraisal: Cory Booker Could Have Run Away From School Reform. Instead, He’s Doubling Down on Newark’s Education Revival. That’s a Smart Move, By Laura Waters

Go Deeper: See our complete archive of columnists and essays. Get the latest editorials, columns, and analyses delivered straight to your inbox by signing up for The 74 Newsletter.