Horn & Counselman: Why States Should Break the College-Degree Stranglehold and Make Jobs Available to All Qualified Applicants 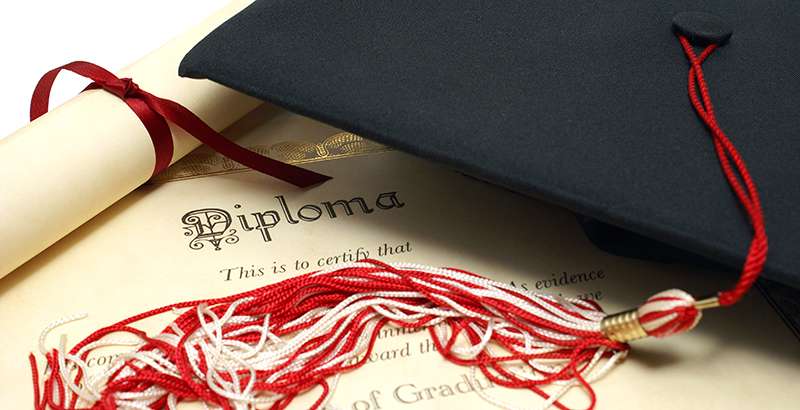 As a new wave of governors prepare to take office on the heels of the election, one of their concerns will undoubtedly be the high price of higher education.

Although there are many suggestions for what policymakers should do about the high cost of college — from creating shaming lists that expose colleges that are doing a poor job of educating students along any number of dimensions, from completion to return on investment, to accountability measures, and from reducing government subsidies to making college free — governors have another tool in their kit that has not been used, sits entirely outside higher education policy, and wouldn’t cost them a dime.

State governments should stop making a degree a prerequisite for state job openings wherever they can. Doing so would support the growing market for affordable college alternatives by giving them a clear opportunity to demonstrate their value.

The college degree has arguably benefited from a government-sanctioned cartel on talent signaling for some time, thanks to the Higher Education Act and the government dollars that flow to accredited, degree-granting institutions.

The college-degree stranglehold has also been growing in recent years. Degree inflation is the practice of requiring college degrees for positions that formerly did not require them. According to research from the Harvard Business School, 6.2 million workers are at risk thanks to degree inflation, “meaning their lack of a bachelor’s degree could preclude them from qualifying for the same job with another employer.”

Degree inflation comes with significant costs, according to that same study. College graduates who fill roles that formerly did not require a degree earn higher salaries, leave the jobs more often, are less engaged, and do not produce more than employees in the same role who lack a degree. Yet many employers use college degrees as a screen to help them sort through voluminous numbers of job applications, even when the credential does not relate to how an individual performs in the job.

The power of the degree made some sense in years past. When hiring, employers look for signals of ability, experience, character, and personality fit. For people without experience, employers default to reading the signals their educational credentials provide. If someone doesn’t have a college degree, society has assumed that prospective employee to be of lesser quality than someone who does.

Years ago, when colleges were the only place to learn higher-level knowledge, develop corresponding critical-thinking skills and join powerful social networks, this arrangement had sufficiently few false negatives. In other words, few hypertalented people chose not to go to college. But universities no longer have a monopoly on providing access to knowledge, skills, and a network. The internet, online learning, and social networks have changed that.

Some companies are wising up to the fact that a college degree is no longer the exclusive signal it used to be for talent and fit. Glassdoor recently compiled a list of 15 major companies, from Apple to Google and from IBM to Bank of America, that no longer require applicants for certain jobs to hold a degree, including for such posts as senior manager of finance.

Just as they have “banned the box” to prohibit employers from asking job applicants if they have a criminal record, state governments can stop requiring a college degree for all job openings. They should instead allow applicants to cite their degrees or degree equivalents that demonstrate the knowledge, skills, and aptitude for a particular position. These equivalents could range from portfolios of work to quality-assured alternative credentials.

Taking this action could have a big impact and would be an important symbolic statement. According to the Harvard Business School research, roughly 385,000 public administration jobs are at risk for degree inflation — and states employ many people. Massachusetts alone employs roughly 93,000 people. Add California to the mix, for example, and that’s another 230,000 workers.

This move will not erode the value proposition of college; rising tuition and stagnant wages will do that. What this will do is create a market for alternatives, including programs that colleges offer, as well as services like boot camps that have taken off in the technology industry.

If the degree loses its quasi-monopoly on signaling for talent, then young people can hack their education on the cheap. Motivated people can follow a variety of pathways to developing the knowledge, skills, and network they need to achieve their dreams. And frustrated governors can address the rising cost of education in their states without any cost to them.

Michael B. Horn is chief strategy officer of the Entangled Group, a venture studio focused on helping the education ecosystem transition from supporting an industrial economy to a knowledge one; founder of the Clayton Christensen Institute, a nonprofit think tank; and the author of multiple books on the future of education. Gunnar Counselman is chief operating officer of the Entangled Group.

Michael B. Horn and Gunnar Counselman

Michael B. Horn is chief strategy officer of the Entangled Group, a venture studio focused on helping the education ecosystem transition from supporting an industrial economy to a knowledge one; founder of the Clayton Christensen Institute, a nonprofit think tank; and the author of multiple books on the future of education. Gunnar Counselman is chief operating officer of the Entangled Group.