Kress: Without Standards and Accountability, There Can Be No Innovation, Personalization, Flexibility — or Education Reform 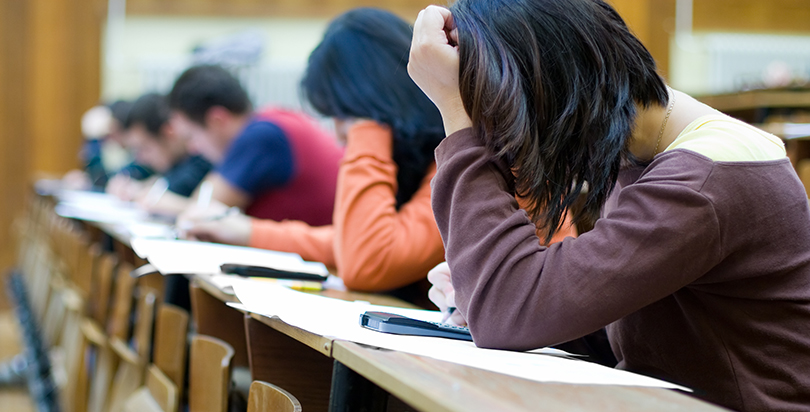 I think I got a peek last week into why student achievement has turned stagnant in America.

It was, ironically, at a conference sponsored by a fine education policy organization. Indeed, many of the attendees were solid policymakers and practitioners. Yet to my considerable surprise, several participants made worrisome comments that received little pushback.

I want here to describe and rebut those comments. Further, I want to suggest the hypothesis that when such comments are made in an ed reform setting without serious opposition, it’s no wonder reform itself is on the wane. Finally, I want to challenge those who are truly committed to improvement to get fully back on track with standards-based reform so we can return to the days of steady gains in student achievement.

The first surprise at the conference came when it became clear that some folks have become mushy about the meaning of high learning standards for all. Most still agree standards are important. But some now seem to believe that standards can vary and be set by providers in each community.

This position against statewide standards mostly gets expressed in the easier attack on tests: “We ignore the results of state tests.” “We measure learning in our own way.”

Of course, there is nothing wrong with schools creating their own learning priorities; indeed, they should.

In our nation, however, it falls to each state to set statewide core learning standards. And it’s absolutely vital that students — all students — learn effectively to those standards.

Leaders, citizens, and educators discuss what young people should learn at each stage, and, in a democratic process, they establish both learning and performance standards for students.

As to tests, they’re hardly perfect. But states work hard, with educators involved, to make assessments that are aligned with standards to indicate whether students are learning satisfactorily and to signal how instruction can be improved.

Dynarski: When Done Right, Standardized Tests Really Do Reflect What a Student Knows

Are there other helpful measures that could be used too? Absolutely. But should state tests that have been crafted to assess all students to common standards be ignored? Absolutely not!

We’ve seen that horror flick before. In the old days of “no questions asked,” it wasn’t good. Learning gains were flat, and gaps between the haves and the have-nots were pervasive.

Here’s what Charlie Barone, policy director of Democrats for Education Reform, had to say about it: “If we revert to a patchwork of standards and assessments that vary according to political pressure or societal and community biases, or simply the lack of local capacity to create valid and reliable tests, we will no longer be able to make apples-to-apples comparisons about school performance. In turn, the schools in which poor and minority students are enrolled are likely to look better than they actually are. Badly needed investments in teaching and learning and in formulating and implementing fundamental reforms in chronically failing schools will then be at even greater risk than they are now.”

This is why Democrats and Republicans, liberals and conservatives, joined together to support standards-based reform in the late 1990s and early 2000s.

Next of concern at the conference came the sorts of broadsides against accountability that are common among educrats but generally rare among reformers: “Accountability is a burden that just gets in our way.” “If there’s a state office that should be eliminated, make it the one on accountability.”

Yes, accountability could work better. I’ve written frequently on possible fixes, as have others. But accountability has made a significant positive difference in improving student achievement.

Here’s another baffling question: Why are reformers lambasting standards-based reform? Don’t they realize that without measurement and accountability, there is no effective way to show whether the status quo is succeeding and, thus, no basis to press effectively for reforms to the status quo?

Simply put, without accountability, there is, for the most part, no strong case for reform or reformers. The keepers of the status quo will happily hold power and exercise it fully, especially if there is little data-based pressure from the outside to force them to do better or face change.

Personalized to a fault

The edu-fad that drew greatest attention at the conference was personalized learning. I certainly don’t oppose the use of reasonable personalized learning. But I became worried when the term appeared instead to be used to suggest something in lieu of the full diet each and every student should receive in the content expected by the essential standards.

In a related matter, I found it rather odd that one of the major speakers at the conference appeared to oppose general standards by arguing via analogy that doctors sometimes miss a correct diagnosis by failing to look outside the general toolbox for an extraordinary solution. Yes, that happens. But how could that justify abandoning teaching all to the same high standards? How ironic, after all, it is that the greatest single advance in medicine came with the Flexner Report, which set consistent high standards and protocols in American medical schools.

A return to flatlining

Look, friends, we’re at a crossroads. We made very good gains and narrowed achievement gaps from the mid-’90s through the 2000s, at the height of the accountability era. Achievement was flat beforehand, and it’s been flat ever since.

It’s this simple: Either we get back to implementing smart accountability or we will continue to endure the stagnation we are currently experiencing.

We can and must say yes to innovation, personalization, flexibility, and choice. But we must never do so without clear, high standards for all students, assessments based on these standards, and accountability to drive and improve teaching and learning.

We’ve badly lost our way, but it’s never too late to return. If not now, when?