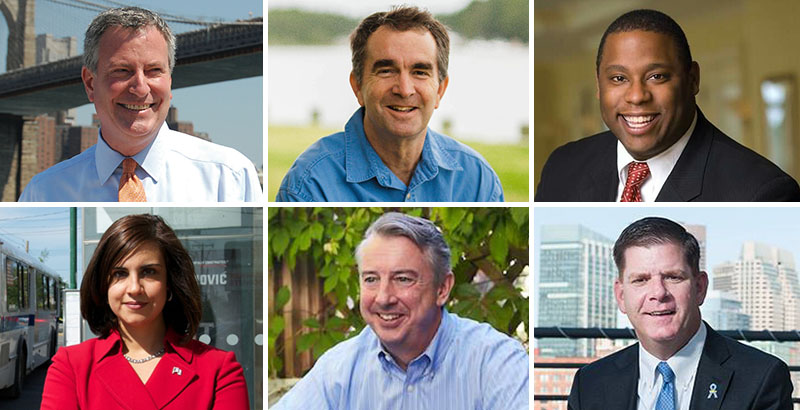 After last year’s wild Election Day, including nearly two dozen races and ballot questions that centered on education, Election Day 2017 is set to be a significantly sleepier Tuesday.

That said, schools and students have come up in some of the state and local-level races.

Here are some to watch:

Virginia governor: Among the most closely followed contests this year, Lt. Gov. Ralph Northam, a Democrat, faces Ed Gillespie, a lobbyist and Republican politico. The two have sparred over standards and school choice. Outside interests, including teachers unions and moneyed GOP donors, have brought in education issues that reach beyond the commonwealth, including policies advocated by the Trump administration.

Former Goldman Sachs executive Phil Murphy, a Democrat, wants to boost school funding, create universal pre-K, and back out of the PARCC testing consortium in favor of shorter tests.

Colorado school boards: Voters in Denver and Douglas County will vote on school board races. In Denver, voters could flip the balance of a board that has supported the city’s ambitious reforms, while in Douglas County, the fate of a proposed voucher program, whose contested legality reached all the way to the U.S. Supreme Court, hangs in the balance.

Seattle school board: Three at-large seats on the seven-member board are up for election this year. Two of the three incumbents are retiring, and those new members will be part of the search for a new superintendent to start in July 2018 — in the midst of a renegotiation of the teachers’ contract, The Seattle Times reported. In 2015, Seattle teachers went on strike for five days, eventually winning a 9.5 percent salary increase over three years and an end to test-based evaluations, among other provisions.

Challenger Tito Jackson, a member of the City Council, has made education a cornerstone of his campaign and told the Globe that Walsh’s approach to education has been “paralysis by analysis.”

Walsh has a large lead in most polls. The race has also focused on a just-ratified teachers union contract, particularly what to do with several dozen tenured teachers currently on the payroll but not assigned full time to their own classrooms.

Cleveland mayor: In education, Mayor Frank Jackson, an incumbent who has served three terms, has focused on the 2012 “Cleveland Plan,” a pledge to voters to improve schools in exchange for a property tax increase. Voters approved it — and then voted to continue the tax increase last year.

Jackson, during his one debate with challenger Zack Reed, gave himself a C+ for schools, Fox 8 Cleveland reported. Reed called the plan a failure; the real outcomes have been mixed.

De Blasio has a wide lead over his little-known Republican challenger, Nicole Malliotakis. She proposes putting “special patrolmen,” retired law enforcement officers with concealed carry permits, in schools on a rotating basis. She also advocates expanding career and tech education and changing the mayor’s Renewal Schools program, de Blasio’s signature attempt to turnaround persistently low-performing New York City schools rather than closing them. It dedicated significant funding — $582 million by the end of the current school year — to struggling schools to pay for longer school days, more teacher instruction, and wraparound services. Three years in, researchers have found the results to be “mixed to disappointing,” according to The New York Times.