The Year’s Most Inspiring School Moments: 14 Times Students, Teachers & Classroom Communities Had Us Cheering in 2017 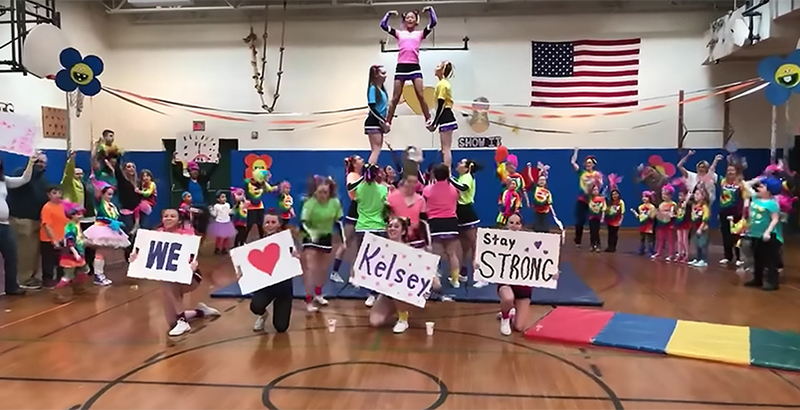 While acts of kindness, love, and inspiration happen every day in schools all across the country, some stand out for their creativity, generosity, or just sheer silliness.

We’ve been covering these inspiring headlines all year long; you can see the complete 2017 (and 2016) archive right here.

In this season of thanksgiving and joy, we thought we’d take a moment to spotlight and celebrate our 14 happiest stories from the series:

NEW ORLEANS SUCCESS STORY: Troy Simon was in grade school when the levees broke during Hurricane Katrina. He fled a life on the margins to a temporary school in Houston where, in fifth grade, he learned to read. But when he finally returned to New Orleans, he confronted some difficult choices. “When I saw myself going the wrong way, and I saw my friend dying,” Troy says, “I realized that I was gonna die and I had to make a decision.” He focused on his studies with support from the nonprofit College Track New Orleans, went on to graduate with honors from Bard College — and is currently a graduate student at Yale Divinity School. In this 74 video profile, watch Troy talk about his life and his plans to bring his skills back to his community to help others.

‘RISE UP’!: Baltimore choir director Kenyatta Hardison was thinking only about giving her students’ families a glimpse of their children practicing Andra Day’s “Rise Up” when she posted a rehearsal video on Facebook. But the video went viral — and now the kids are international singing sensations, with an appearance on TV and a personal appreciation from Day herself.

OVER THE RAINBOW: Pep rallies are a standard feature of high schools everywhere. But few do it like Walden Grove High School in Sahuarita, Arizona. Watch the “Wizard of Oz” homecoming assembly that became an online sensation. 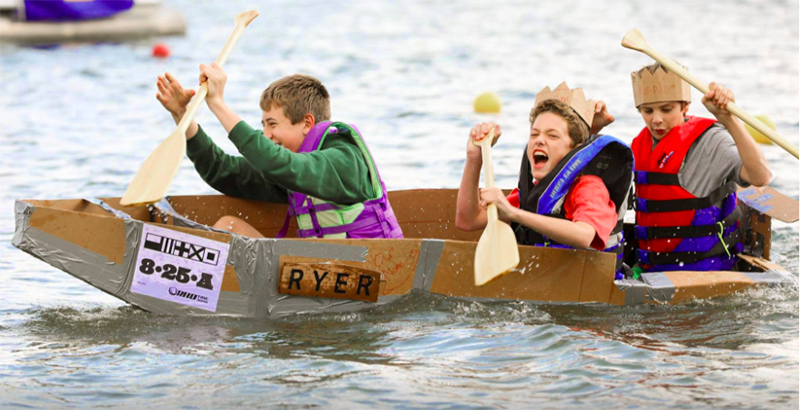 WHEN THE 3 R’s ARE ROW, ROW, ROW: It was a flimsy idea that totally held water: To put a STEM spin on its traditional field day games, Michigan’s East Grand Rapids Middle School held its first Cardboard Classic Yacht Race Regatta, pitting homerooms against one another with students designing, building, and racing cardboard boat in nearby Reeds Lake. Watch the competition that buoyed students’ spirits and demonstrated their boat-building prow-ess. 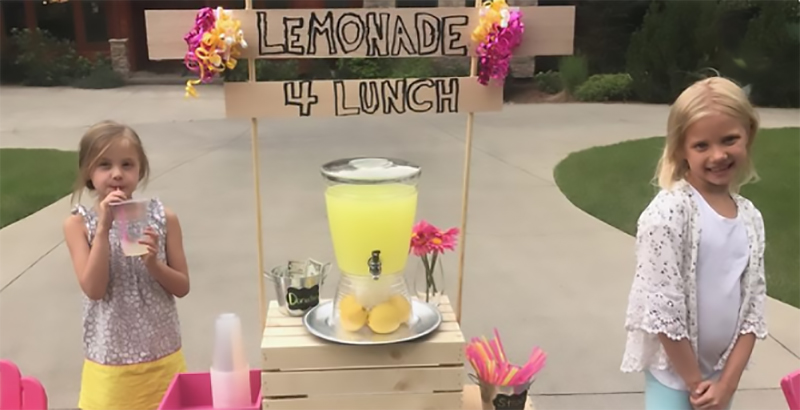 LEMONADE 4 LUNCH: What does a socially aware 6-year-old do when inspired to take action for her fellow elementary school students? Open a lemonade stand, of course! That’s exactly what Idaho second-grader Amiah Van Hill did when she learned that some of her classmates couldn’t afford to pay for their school lunches. And then, with her mom’s help, she tackled the school lunch debt for the entire Coeur d’Alene Public Schools.

MUST-WATCH: @austinallen8 takes time out of his schedule to surprise his kindergarten teacher on her 80th birthday @RazorbackFB @BretBielema pic.twitter.com/XNdtni0Ajl

BIRTHDAY SURPRISE: Arkansas kindergarten teacher Thelma Thomason has taught generations of kids over the last 53 years. For many, she was their favorite teacher, so when she turned 80, University of Arkansas starting quarterback Austin Allen — a former student — paid Thomason a surprise birthday visit in her Fayetteville classroom. Turns out she’s a football fan, and a fan of her former pupil, too. Watch their joyful reunion. 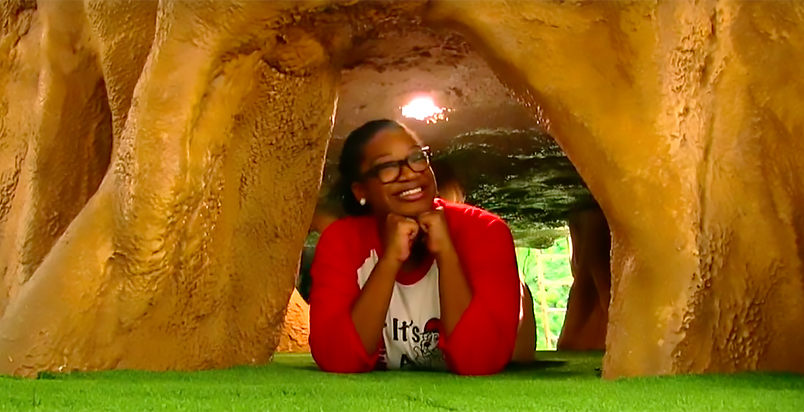 TREE OF HEAVEN: When the superintendent of the school district in Terrell, Texas, decided to plant a giant treehouse inside Kennedy Elementary School, the response among the students was pretty much what you would expect. But the reactions of the teachers? Priceless. 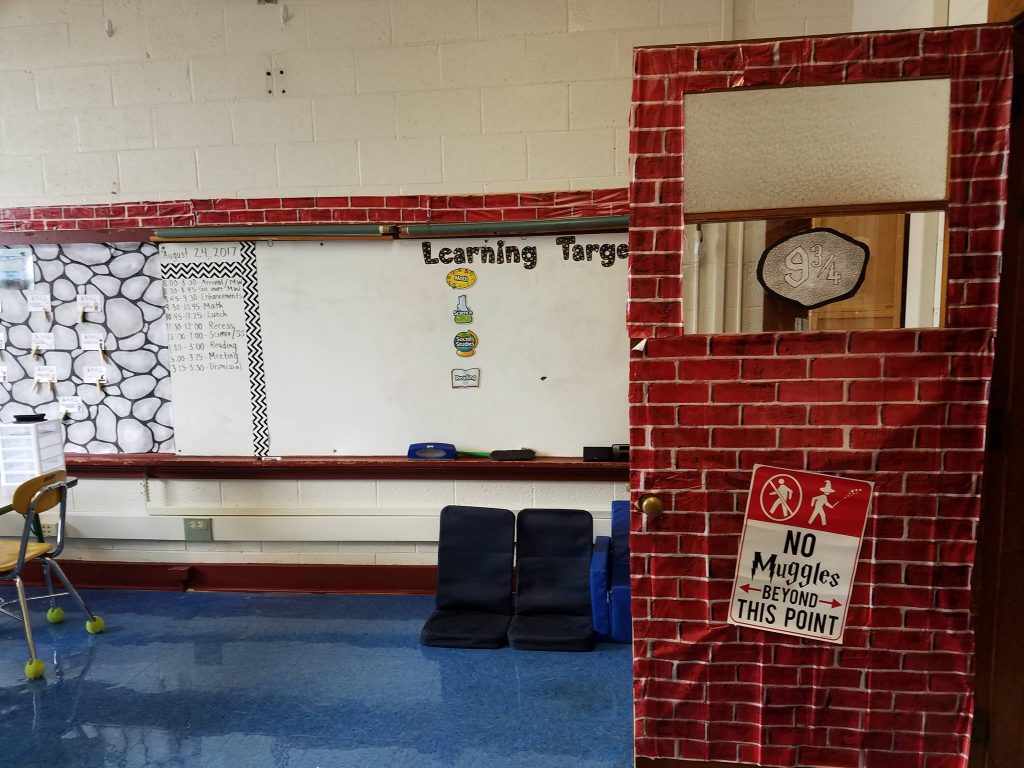 WILD ABOUT HARRY: The final Harry Potter book closes on September 1, 2017, as the Hogwarts Express rolls out of Platform 9 3/4 for the beginning of a new school year. But for the Muggle students left behind, teachers across the country found inspiration in the Harry Potter books for every detail in their classrooms, from classroom management to teaching literary devices.

100 HS Grads Made a Splash With Pomp, Circumstance — and a Jump in the Lake 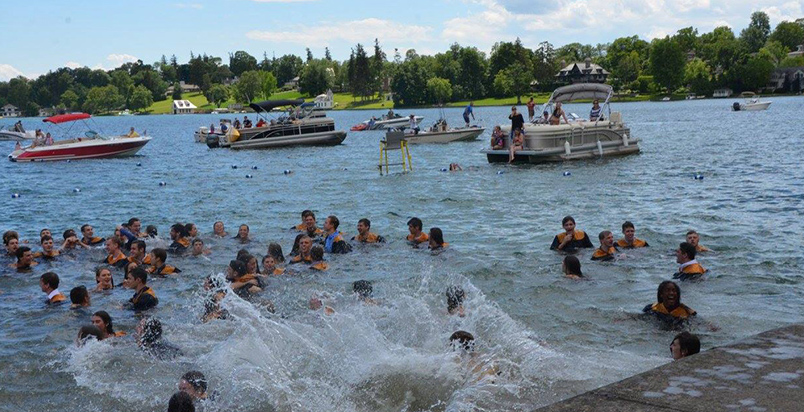 SOAKED IN TRADITION: Post-commencement beach parties are not so unusual for many newly minted high school graduates, but the kids at Skaneateles High School in upstate New York took it to an extreme. Watch how the Class of 2017 made a splash by jumping in the local lake — graduation gowns and all. 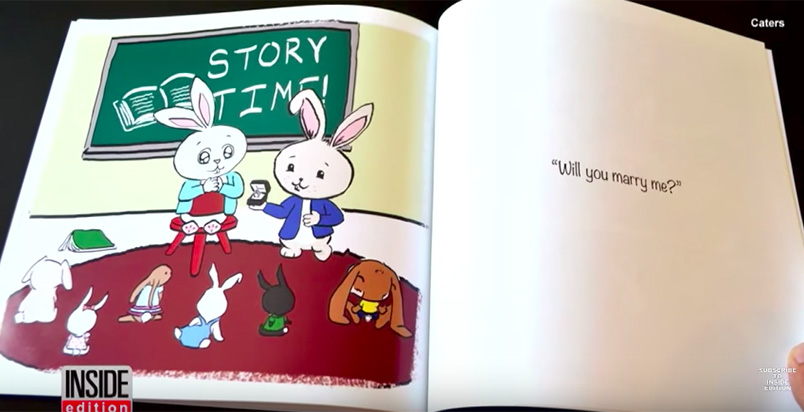 LOVE STORY: A children’s book about two rabbits falling in love proved to be much more for California elementary school teacher Melanie Goldsmith — and her fellow educators helped make it all happen. Watch the cutest marriage proposal ever (spoiler: She said yes).

Who Let the Dogs in the Yearbook? Why More Schools Are Honoring Canine Companions as Invaluable Classmates

Check out the Yahoo! News Canada article about the service dogs at BHS. http://t.co/sVDT2dOkiQ pic.twitter.com/3ydBVbmaks

DOGGED COMPANIONS: They spend more time with students than parents and teachers combined. So it’s only fitting that service dogs are starting to take their proper place in school yearbooks. See how schools across the country honored canine companions alongside their two-legged student and faculty peers. 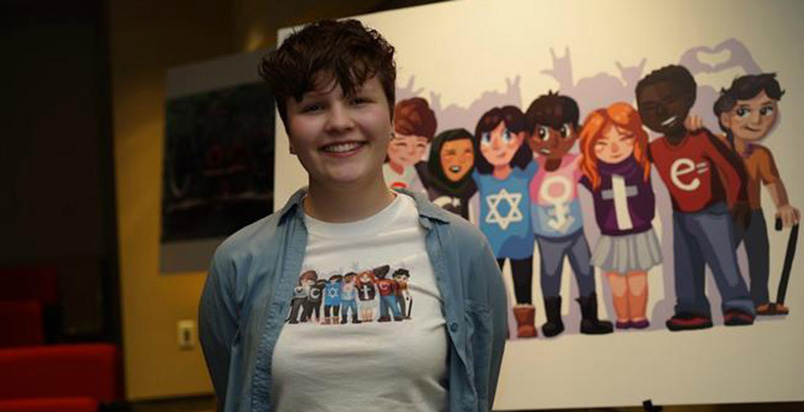 GOOGLE’S WINNING TEENAGE DOODLER: When Google asked users to draw what they see for the future, 15-year-old Sarah Harrison of Stratford, Connecticut, submitted a depiction of eight teenagers representing diversity and a world that celebrates their differences. That vision won Sarah the 2017 Google 4 Doodle Contest — and with it, a $30,000 college scholarship, $50,000 in technology funding for her high school, and a trip to California to meet the Google Doodle team. 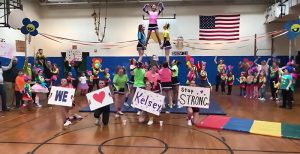 THE BEST MEDICINE: When the 5-year-old daughter of a New York principal was diagnosed with leukemia, the entire school community rallied to give her the gift of love, hope, and laughter in the form of a 12-minute video featuring music from her favorite film, Trolls. Watch as hundreds of kids and grownups, dressed in troll hair and crazy tie-dyed T-shirts, dance for Kelsey.

🎵 It’s a nice day for a duck wedding: https://t.co/Ps7fak6frE pic.twitter.com/6eFnUzrJIN

CON-QUACK-ULATIONS!: Plumpty and Pierre, ducks hatched at Weston Elementary School, were married in a fast-paced Manchester, New Hampshire, gymnasium ceremony. The nuptials were planned and hosted by Mrs. Hopey’s kindergarten class, who even wrote the vows: “Do you promise to share a nest and mealworms, and do you promise to keep each other warm in good times and bad?”