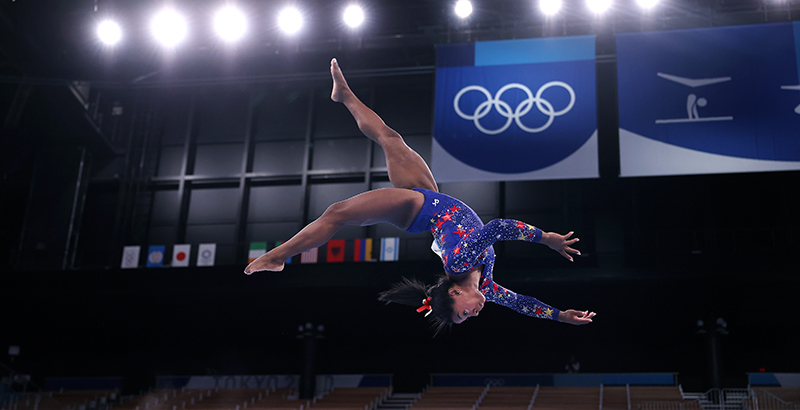 When I first planned to write an Olympics-themed post, back in 2020, I was going to talk about Simone Biles’ athletic feats being deliberately underscored due to “a fear that Biles is so good that she might run away with any competition she enters simply by doing a handful of moves that her rivals cannot, or dare not, attempt.” Biles’ response at the time was, “They don’t want the field to be too far apart. And that’s just something that’s on them. That’s not on me. They had an open-ended code of points and now they’re mad that people are too far ahead and excelling.”

I was going to compare it to how New York City keeps tweaking the Specialized High School Admissions Test in a desperate bid to change which students perform best on it. How Hunter College Elementary and High School and The Special Music School, not to mention screened high schools and middle schools, refuse to explain the subjective metrics they use to admit their students. I was going to talk about the ongoing attempts to cut honors classes, Advanced Placement classes and gifted-and-talented programs in the name of equity, as well as the push for quotas at all schools.

But then Simone Biles withdrew from the Olympic team and all-around competitions. And, suddenly, I had something new to think — and write — about.

I’ll be honest. I never knew that quitting was an option. Maybe it was the immigrant in me, but I grew up with the understanding that, no matter how unhappy you were with something, you still sucked it up and kept going. That’s just what you did. I never expected anyone to come to my aid, either. When I was feeling browbeaten and mistreated by a then-boss, my American husband said, “Why don’t you go to Human Resources and file a complaint?” The notion never crossed my mind. A few weeks later, an American colleague did just that. The boss was spoken to, and his behavior toward all of us improved. Wow. Mind… blown.

I’ve written about how, when my middle child came to me and said that he was unhappy in high school, he wanted to quit and home-school himself, my first instinct was to say no. Persevering through an unhappy situation builds character!

Those of you who’ve read my son’s writing know that he has plenty of character. So. Much. Character.

I, on the other hand, didn’t understand quitting simply because you were unhappy. It just didn’t compute. So what? Who cares how you feel?

Almost a year after I broke down and allowed my son to leave public school, I finally understood his request.

I said to my husband, “What if he’s right? What if you don’t have to stick out a bad situation, no matter what? What if it is OK to say, ‘this isn’t working for me’ and go looking for something that does?”

Which brings me to my realization last week. There were those who said Biles should have stuck it out. Not for herself, but for her team and for her country. This wasn’t about her. This was about what she could do for others.

It’s the same argument parents get when they opt out of traditional public schools. Whether that’s because the school is not letting their children take the classes they want, as in my son’s case, because the curriculum isn’t culturally relevant and may even be actively destructive or because, despite promises to the contrary, the school can’t support a child’s special needs, ranging from teaching reading to making physical accommodations.

Every family has a different reason for making alternative arrangements for their child. But every family gets the same pushback when they leave public school: You are hurting those left behind.

They claim that if involved, active families leave a school, the remaining students will suffer. I’ve suggested multiple times that it’s not the teachers, administrators or facilities that make “high-achieving” schools, but the parents in them who get their children tutored that account for the above-average test scores the schools then take credit for. If the only way schools can get even a majority of students to pass is by putting the onus on the families to prep children, isn’t that a much bigger problem? In fact, isn’t that the biggest problem of all?

Other critics contend that it’s not the involved families’ presence that makes the difference, but the simple fact that, when children walk out the public school door, the $28,808 New York state pays in per-pupil funding for their presence goes out with them.

Families opting out means schools lose money. And lost money might mean cutting back on programs or letting a teacher or an administrator go. The implication is that parents should subsume their child’s needs to the needs of the school. It doesn’t matter if an individual child doesn’t get what they need — as long as the overall institution does. By such a metric, every single student could be getting shortchanged, but every single one is required to stay so the school that isn’t serving anyone can continue … not serving anyone?

I don't know who keeps pitching or assigning them, but this NYT piece features an all too common frame: centering teachers' voices.
So many teacher-centered stories, vs. so few centered on working parents, vulnerable kids, or school staff.https://t.co/G7Z4SiG94X

Once upon a time, I might have fallen for both arguments. But, as Simone Biles demonstrated last week, if you’re in an untenable situation, you have to get out before your mental and physical health are permanently destroyed.

And that’s why she’s the GOAT — Greatest Of All Time.