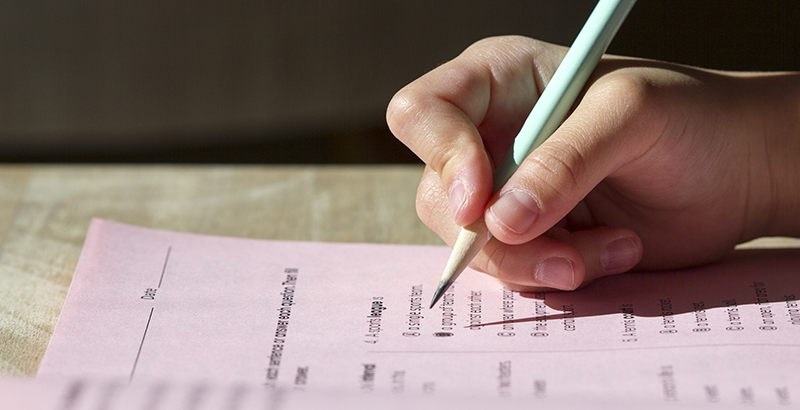 When New York City announced back in the spring that, due to COVID-19 school closures, all state tests were canceled and all public school K-8 students would not be receiving numeric grades, parents of rising fifth- and eighth-graders wondered how their children would be able to apply to screened middle and high schools. Traditionally, screened schools look at fourth- and seventh-grade metrics like test scores, final grades, attendance and, sometimes, interviews, portfolios, auditions and further test results.

Mayor Bill de Blasio assured families he would have the answers to their questions over the summer.

Summer came and went without so much as a hint as to what 2021 admissions might entail.

At the very end of September, Chancellor Richard Carranza stated that the Department of Education was so busy working on how to get kids safely back into school buildings that there was no time to think about 2021 admissions. He promised to get back to families by mid-October. OK, end of October at the very latest.

So far, the DOE’s back-to-school plan has been an unmitigated disaster. I suspect the mayor and chancellor will be kept busy trying to salvage it for months to come. They, once again, may not have time to think about next year’s admissions.

How lucky for them that I come with suggestions!

Here are three options for New York City to consider:

Instead of using fourth- and seventh-grade marks and test scores for admission, use third and sixth.

Sure, the DOE says third- and sixth-grade scores aren’t as predictive of student success as fourth and seventh. But it also claims that too many students game the system by studying for those critical year tests.

So wouldn’t this make the process fairer? Nobody knew these scores would be used, so they didn’t prep, as they might have in other years. Arguably, these results are actually a better measurement of student achievement! No one had any inside information. Everyone was in the same boat.

There is no logical reason why the New York City middle and high school application process has to begin so early in the academic year. Right now, students apply in the fall, with final-choice rankings due the first week in December. They don’t get their results until late March.

Why not push the whole process into the new calendar year? Applications could be due in mid-April and placement announced in early June (the way Gifted and Talented works now). That way, state tests could be administered just before winter break and first-semester grades could be used. Heck, is there a reason applications can’t be due May 1, with placement announced during the last week of school? That way, you could have up to three grading periods to work with.

De Blasio and Carranza have been beating the holistic-admissions drum for several years now (even though it’s been proven to benefit white, wealthy students and hurt poor students of color the most).

When it comes to the Specialized High School Admissions Test, they insist that a single score doesn’t capture a student’s entire potential the way several years of state test scores could.

When test scores fail to live up to expectations, they insist grades are the true metric.

And when grades aren’t an adequate predictor of mastery, well, students are more than just an arbitrary number, you know!

The chancellor loves to remind that Harvard doesn’t choose students based merely on grades and test scores. It takes other factors into consideration.

OK, then, without grades and test scores to go by for determining admission to screened middle and high schools, let’s implement other measures.

It’s easy with the arts schools. They’ll simply continue with their established audition processes, remotely. Students could send in videos of themselves performing, along with scans of their art portfolios, etc.

Schools like Bard High School Early College in Manhattan and Queens could continue offering their own qualifying test, followed by an interview. Schools like Beacon HS and Manhattan-Hunter have essay questions for students to complete.

As Harvard asks for a personal statement and other supplementary material in addition to grades and test scores, let’s have applicants for screened middle and high schools write personal statements and submit portfolios featuring classwork they’re particularly proud of. It could be an English essay, a math test, a science lab, a history project or a piece of art.

Maybe, once we see thousands of examples, the actual work New York City students are doing in their classrooms will prove the mayor and chancellor right: Kids really are performing so much better than traditional metrics — including state test scores, which suggest that more than half of city kids aren’t performing at grade level — have led those of us who track such things to believe.

Or maybe that actual work will show, as parents have found after observing a few days of remote learning, that students are actually much further behind than we’ve been lulled into thinking.

With grades and test scores out of the picture, let’s see what New York City kids are truly producing at school. And determine for ourselves what the actual crisis is.