Four New Members to D.C. State Board of Education Appear Set; Will be Advisors on School Reopenings to Student Literacy as Pandemic Continues 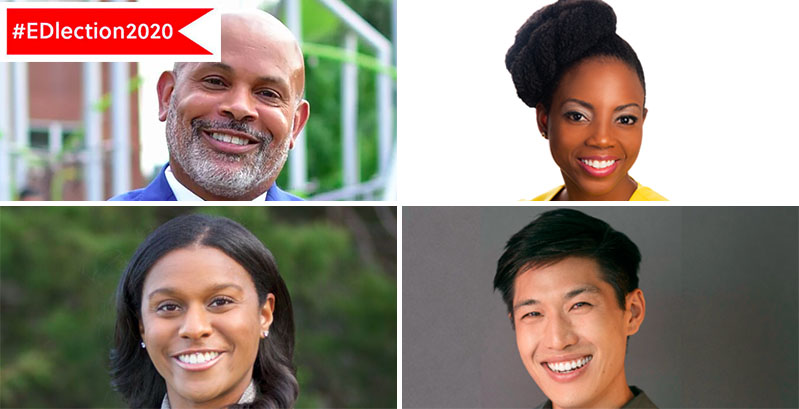 As D.C. contends with how to safely reopen schools during the coronavirus pandemic, voters in the nation’s capital have added four new members to a board of key education advisors.

The nine-member D.C. State Board of Education, an independent agency that advises the Office of the State Superintendent of Education, had five open seats this election cycle. While the races haven’t been officially called, D.C. as of Friday had counted the bulk of its ballots, with NBC Washington reporting that, “In D.C., there aren’t enough mailed ballots left to affect any local races.”

The D.C. State Board of Education doesn’t wield much power over public schools since the city went under mayoral control in 2007 — though the board does set broad policies governing things like academic standards and graduation requirements. (One current State Board of Education member, for example, is heading a committee to review the city’s long-standing social studies standards).

Members, rather, serve as vocal education advocates, and will be weighing in as the city looks to begin safely reopening its schools. It’s an open question for now after D.C. Public Schools on Monday cancelled plans to partially re-open for up to 7,000 pre-K to fifth grade students on Nov. 9, due to pushback from the teachers’ union and an unsolidified staffing plan.

D.C. Sees Warning Signs Teachers are Considering Leaving Jobs Amid Weeks of Uncertainty, Stress Over How District Will Open Schools

At least three of the four new board members, in interviews with The Washington Post, have expressed interest in revisiting mayoral control of schools, and making certain agencies — like the Office of the State Superintendent of Education — more independent from the mayor’s office. All four also weren’t wholly onboard with Mayor Muriel Bowser’s now-delayed school reopening plan, saying it felt rushed and was lacking necessary collaboration with teachers and the community.

They’ll also advocate their own priorities, from improving reading and digital literacy among students to updating the student funding formula to better serve at-risk students.

Some initial tweets from the presumptive winners below:

Exactly @LindseyJonesR! We have known about these inequities for years, campaigned to address them, and will make them our priorities as we take up our positions on the @DCSBOE and as individual advocates! @AllisterChang https://t.co/MkBKQ1zccN

Thank you, Councilmember Pinto! I'm eager to work with you to support every student to be reading at grade-level proficiency. https://t.co/GaBnoVMqUB

The results are still unofficial, but all I can say is thank you to everyone who supported our campaign.

Looking forward to being the next #Ward7 Rep to the @DCSBOE & grateful to build on the work of @Karen4ward7sboe. pic.twitter.com/addcJdMpSi

Thank you everyone for your well wishes. We were able to finish the race strong through the support of many individuals who were committed to electing inclusive leadership focused on education in W8. I’m going off the grid for a few days just to rest before resuming the work.