Dad Talk: 8 Tips on Reading to Your Kids, a Comforting Constant in a Time of Parenting High Anxiety 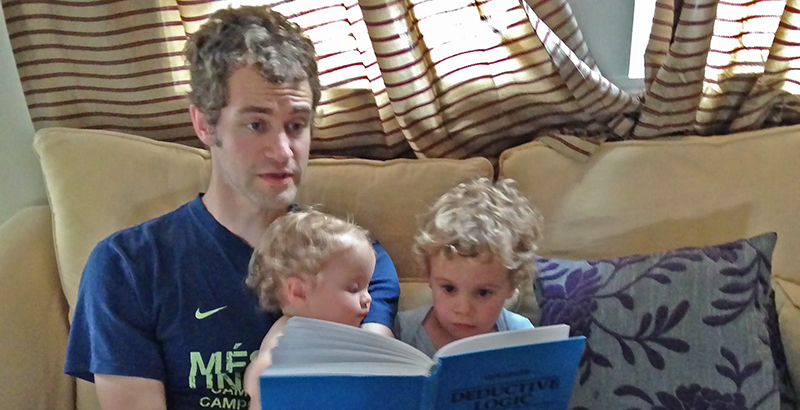 It’s a tough time to be a parent. A movement has bizarrely arisen to question the value of vaccinating our children. We’re working more hours now than ever before — each of us setting up our own version of “Cat’s in the Cradle.” Academic scores appear to be largely flat.

What’s more, parents are bombarded with expert advice on how to “prepare kids for a 21st century economy” and “foster creativity in children.” The other day my kids and I came into a large quantity of cardboard boxes. No doubt about it — it was fort-building time.

And yet, I was paralyzed. Should I take the design lead and make something that was at once 1) cool and 2) safe? Should I let them trash the boxes (and the house)? How did something as basic as playing with your kids start to feel like something a dad can do “wrong?”

Yeah, it’s tough out there.

I’ve got some good news for you. After you feed, clothe, and shelter your kids, the next best thing you can do is read to them. And, better yet, it’s not like those boxes. Unless you’re opening up your toddlers to Infinite Jest, Being and Time, or presidential tweets, there’s almost no wrong way to do it.

Still, if you can’t shake the anxiety, I’ve got a few concrete tips to help you feel confident (as a former first-grade teacher who spent 2.5 years as his own children’s primary caretaker). They’re the core of what I did while teaching my kids to read. They might help you and yours as well.

But if they don’t, that’s no big deal — just make sure you read with them!

Williams: 10 Outstanding Children’s Books That You Won’t Mind Reading Over and Over Again

Williams: The Fight to Boost Student Literacy Is Happening Years Too Late

There you go. Try those out. They might help, and they certainly won’t hurt. Got more early reader tips? Come find me on Twitter @conorpwilliams.