Charters, Child Care & More: 5 Ways Education Could Come Up at the Democratic Debates 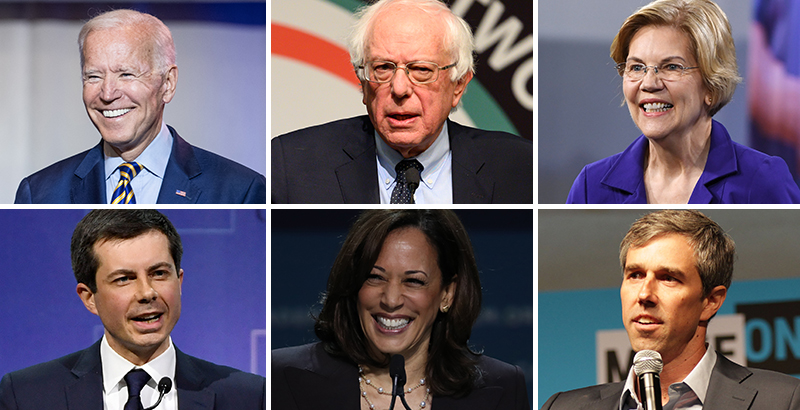 Education, an issue that has been pushed to the sidelines in recent presidential cycles, is getting some more attention in the early days of the 2020 contest.

Mentions of universal pre-K and college affordability are practically stump-speech mandates. Teachers unions, riding a high of public support after successful strikes last year, have deep pockets and devoted members; addressing their concerns will be key for candidates seeking the groups’ backing. And, of course, there are few public officials more vilified by Democratic voters than Education Secretary Betsy DeVos, so candidates will be eager to draw a clear line between themselves and the Trump administration.

Former vice president Joe Biden and Sen. Bernie Sanders, the top two in nearly every poll of the race, have released comprehensive plans that touch on everything from more federal funding for special ed to mental health services in schools, as have a few of the lesser-known candidates.

Education could have its biggest moment yet as the packed primary field begins its first debates. The two-dozen-member field was slightly winnowed to a more manageable 20, who will face off over two nights of debates this week.

(The links direct to the K-12 platforms of candidates who offer more than one specific policy proposal focused on preK-12 and go beyond generalities like ensuring good schools or expanding STEM education. Note: There aren’t many.)

Here are five ways education could come up during this week’s four hours of debate:

1 Free college: This holdover from 2016 is often used as the partition line between the moderate and liberal wings of the 2020 field. Candidates fall into a few camps, ranging from free community college to free four-year tuition for families under a certain income, to free tuition plus expenses for all.

Some candidates have also proposed forgiving existing student debt — most prominently Warren, who would forgive debt based on borrowers’ income, and Sanders, who earlier this week introduced a bill to forgive all outstanding $1.6 trillion.

Though Sanders and Warren are perhaps most associated with the issue, every candidate has been asked about it. Young Democratic activists in New Hampshire are particularly focused on the issue, given the high cost of in-state tuition there.

2 Charters: Though Democrats at the state and federal levels have long supported charter schools, the tide is turning, particularly as school choice has become so closely associated with DeVos.

The federal government plays only a small role in how the charter schools are funded and governed. But that hasn’t kept the issue from attracting plenty of media coverage. And it’s currently in the spotlight in West Virginia, where Republican leaders and teachers unions are at loggerheads over a bill to permit them for the first time.

Sanders came out swinging (rhetorically, at least) against charters last month, urging a ban on for-profit schools and a moratorium on federal dollars for new charter schools. Others have also taken a hard line against for-profits and generally expressed skepticism, with even longtime backers like Booker publicly calling some charter laws “sickening.”

Education pundit Douglas Harris of the Brookings Institution in a recent blog post ranked the “top-tier” candidates on their charter positions: Warren, O’Rourke and Booker are in the “supported charter schools in the past but since backed off” camp; Biden is listed as “currently a skeptic”; Sanders and Harris are “long-time opponents”; and Buttigieg is listed as “no current position.”

3 Early ed & family issues: Universal pre-K has been party orthodoxy for several years (President Obama put forward a plan in 2013, and it was part of the 2016 platform), and discussion of early-years programs has only expanded in the years since.

Inside America’s Child Care Crisis: Even After a ‘Historic’ Federal Investment, Today’s System Only Serves 1 in 6 Eligible Kids. Could More Funding Now Be on the Way?

During the debates, look for topics like universal child care (Warren has a plan); maternal mortality, particularly the disproportionately high rates among black women (Harris and others have discussed it); and paid family leave.

4 School safety: This is another area where a historically non-education issue has a big impact on what happens in schools.

This is a clear opportunity for the candidates to separate themselves from the Trump administration, particularly on the issue of arming teachers, which the president supports. Gun control is another easy debate win in a party that increasingly endorses it. Social-emotional learning and mental health services could also be part of the conversation.

5 School lunch: Viral “lunch shaming” stories, in which schools give a different meal to students whose families carry a debt on their lunch bills, have attracted widespread public criticism and government remedies, with state lawmakers passing new legislation to ban the practice.

If the issue comes up, look for candidates to talk about the success of “community eligibility,” a change in the 2010 reauthorization of the school lunch bill that allows every student at school to receive a free lunch if at least 40 percent of students are eligible. It reduces stigma for students who need the assistance, and it cuts down on paperwork for districts. Both Sanders and Castro have proposed making free lunch universal.