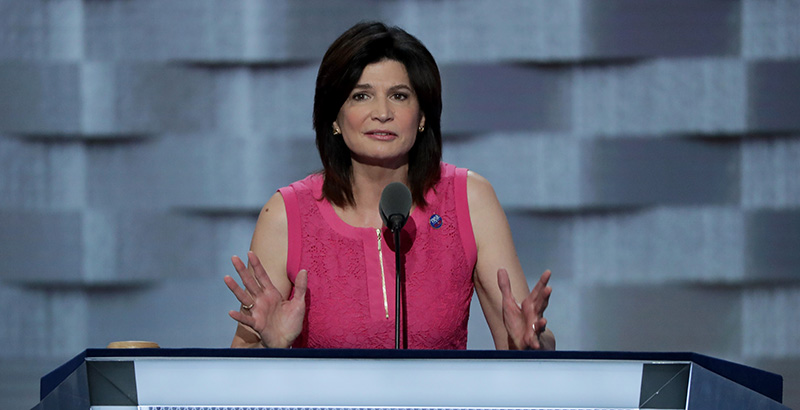 In the Supreme Court’s Janus v. AFSCME ruling Wednesday, five of the justices sided with a plaintiff who argued that being forced to pay union dues violated his First Amendment rights to free speech, and rejected the claim from unions that mandatory fees are necessary to prevent “free riders” from benefiting from union contracts.

Turning to the education world, one key question now becomes: Given that required agency fees have been struck down, how many members, and how much revenue, are teachers unions set to lose?

“When delegates to the National Education Association meet in Minneapolis in July, union leaders will introduce a two-year budget that cuts expenditures by $50 million, an estimated 13 percent reduction from this year.

“NEA’s budget committee forecasts a two-year loss of 307,000 members if, as expected later in the spring, the Supreme Court eliminates agency fees — mandatory costs to workers who don’t become union members but are covered by union agreements. Those near-term losses will almost entirely occur in the 22 states where fees are still charged, erasing post-recession membership gains in places like California, New Jersey, and New York.” (Read more)

Indeed, earlier this week Antonucci published new numbers showing that the only membership gains for the NEA were in those agency-fee regions, which are now set to be hit hardest following Janus:

“The stakes are high for the nation’s largest union, and NEA’s membership numbers for 2017 illustrate why. The union will immediately lose revenue from the estimated 100,000 fee-payers it represents. It will also lose dues money from those who are currently members, but won’t be once they realize they no longer need to pay anything to the union.

“NEA had 2,612,027 active members working in the public school system in 2017 — an increase of 0.7 percent from the year before — plus an additional 370,000 retired and student members. The modest overall growth disguises the differences between trends in the agency fee states and the right-to-work states.

In addition to membership projections, the union has also begun cutting its own internal staff, eliminating 41 staff positions through buyouts, early retirements, and attrition. (NEA employs more than 500 people at its Washington, D.C., headquarters; the average salary is $123,613 plus benefits.)

Read more of the fine print from today’s Supreme Court decision, as well as 14 ways the Janus verdict could reshape the membership and politics of America’s teachers unions.