Analysis: NEA Membership Rises In Agency Fee States Where Janus Decision Would Hurt Most, Down Elsewhere 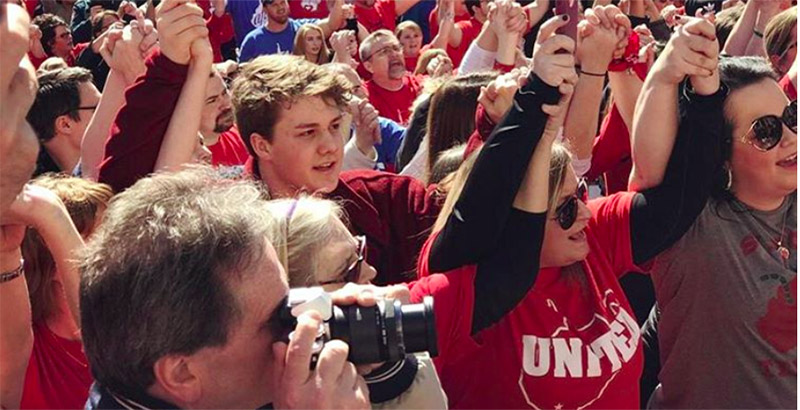 Any day now the U.S. Supreme Court will hand down a decision in Janus v. AFSCME, which will determine whether public sector unions can continue to charge representation fees to non-members in the 22 states that allow the practice.

The stakes are high for the nation’s largest union — the National Education Association — and NEA’s membership numbers for 2017 illustrate why. The union will immediately lose revenue from the estimated 100,000 fee-payers it represents. It will also lose dues money from those who are currently members, but won’t be once they realize they no longer need to pay anything to the union.

NEA had 2,612,027 active members working in the public school system in 2017 — an increase of 0.7 percent from the year before — plus an additional 370,000 retired and student members. The modest overall growth disguises the differences between trends in the agency fee states and the right-to-work states.

In states where NEA represents fee-payers, the union had 29,317 more members. In right-to-work states, it had 12,268 fewer members.

I culled the figures from the NEA Secretary-Treasurer/Independent Auditors 2018 Financial Reports and constructed a table, which provides both the total and active membership for each state affiliate. Along with the numbers are the one-year and five-year changes in those figures. 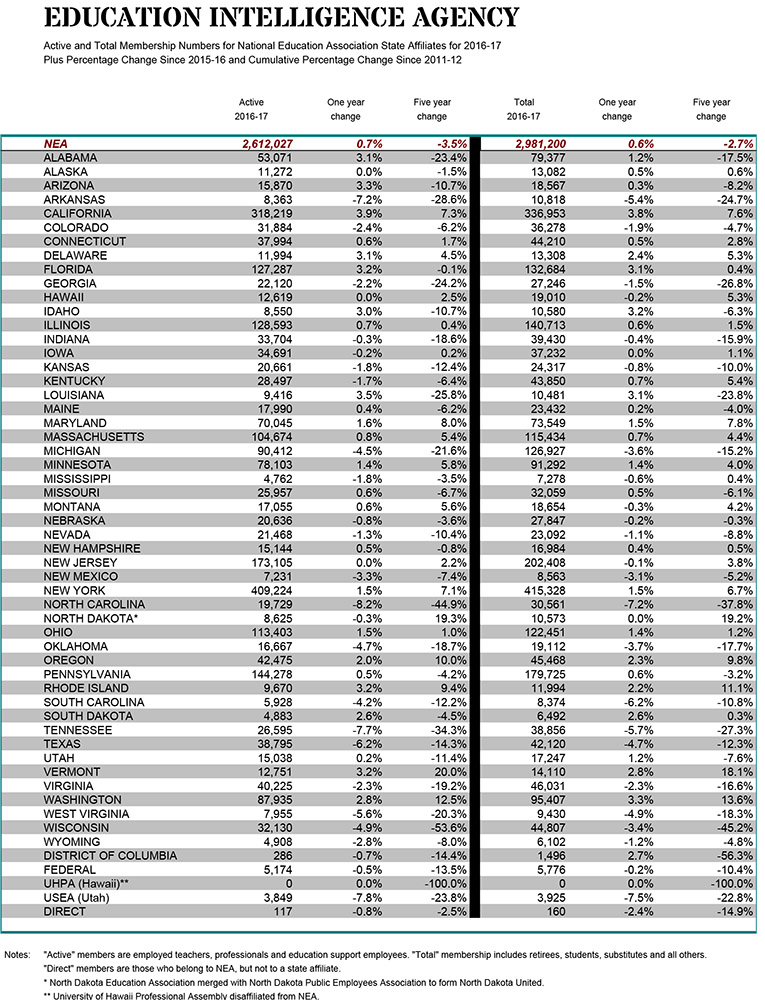 Two states, New York and California, accounted for more than 18,000 new active members. Other affiliates did not fare nearly as well.

Ten affiliates lost 4 percent or more of their active members in a single year. They were:

All of these are right-to-work states.

A notable exception was Florida, which allows public sector unions to act as exclusive collective bargaining agents, but does not permit the levying of representation fees. Florida Education Association membership fluctuates annually, but it gained almost 4,000 new members last year, and its active membership is virtually the same as it was five years ago.

Everyone in the education and labor fields is speculating about the effect of Janus on union membership numbers. We simply can’t say with any authority how drastic the losses will be. Will there be a steady and uninterrupted decline, as we have seen in Wisconsin and Michigan, or will membership reach a plateau and stay there, as seems to be the case in Florida?

It is something we will have to track for a long time, along with changes in the relative strengths of one union to another, increases in dues to compensate for fewer members, possible union mergers, and the entry of newly formed unions into the public sector.

Understandably the public’s focus is on changes in political power, but unions will be faced with internal reforms and interactions with other labor organizations that may ultimately have greater consequences for their operations than agency fees ever did.