With New Report From California Task Force, Pressure Mounts on Gov. Newsom to Break Silence on State Legislation That Would Restrict Charter Schools 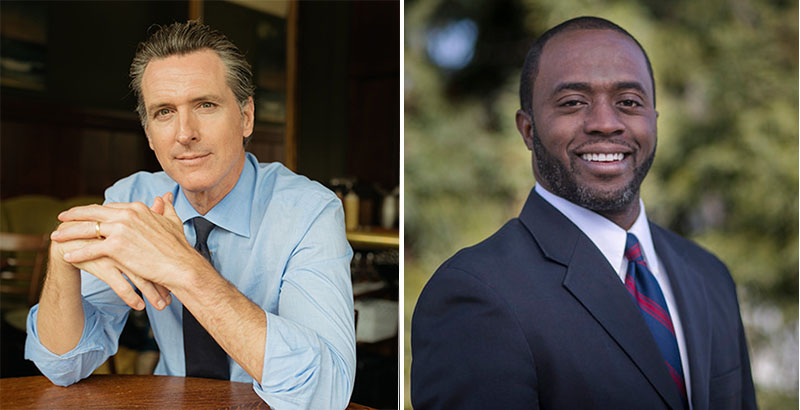 After three months of meetings, the California charter school task force has released its much-anticipated report, raising questions about the future of legislation that could reshape the state’s growing charter school landscape.

The report, sent to Gov. Gavin Newsom on Friday, outlined four unanimously supported recommendations revising the authorizing process for new charter schools, which are publicly funded but independently operated. It also included seven other “discussed proposals” that were approved by a majority but not with full consensus.

The four unanimous recommendations are:

● Extending the timeline for approving or denying a new charter school petition from 60 to 90 days.

● Maintaining funding for district schools one year after a student leaves to attend a charter school.

These changes reflect wider sentiments across the state that the existing charter approval standards aren’t consistent for authorizers. Under current law, districts approve new charter school petitions but charter schools that have been denied are able to appeal to the county and eventually the state Board of Education — meaning thousands of governing bodies serve as authorizers. The unanimous recommendations would provide one authority to steer them.

But at the same time as the California Charter School Policy Task Force was convening this spring, state legislators were advocating for their own regulations on the charter approval process. Assembly Bill 1505, which the state Assembly narrowly passed in May and will now go to the state Senate, imposes tougher restrictions on new charter petitions — and gives local school districts exclusive rights to approve or deny them while taking away the county and state appeals option.

Although Newsom was elected in November with deep support from charter school critics, and signed a law this spring requiring greater transparency from the schools, he has been largely silent on the legislative battle to restrict them.

But with the report’s release, the pressure may be building for the new governor — already recognized as significantly less charter-friendly than his predecessor, Gov. Jerry Brown — to make a defining move, notes Julie Marsh, professor of education policy at the University of Southern California.

“There’s been the cover to say, ‘Well let’s not act yet because we want to wait and see what this task force says,’” Marsh said. “Once that is out, you can no longer stall in acting on these issues.”

The charter task force was one of several study groups the governor assembled on various education issues. The state superintendent for public instruction, Tony Thurmond, led the 11-member group that comprised a mix of representatives from charter schools, teacher and other school employee unions, and local districts. To many, the group represents a broader effort to better understand where support for charter schools in California lies.

Just what the governor, and state senators, will draw from the report, however, is somewhat less clear. The four unanimous recommendations don’t support the efforts of AB 1505. While the bill would give sole authorizing power for charter petitions to local districts and allow other considerations, such as saturation, to be taken into account, the unanimous recommendations don’t propose any changes to the current charter appeals process.

Two of the Strongest Anti-Charter Bills Fail in the California Legislature, but Two Others Move Ahead as Both Sides Claim Victory

Further down in the report, however, the seven “other discussed proposals” tell a different story. Among those majority-supported measures are policies to remove the state Board of Education from hearing charter school appeals and to reserve charter authorization in most cases to local districts.

Assemblymember Patrick O’Donnell, the author of AB 1505 and chair of the Assembly Education Committee, sees the report as a positive step. He views the recommendations as being in line with the goals of AB 1505 and AB 1507, another bill passed by the Assembly, which would prevent districts from authorizing charter schools outside their boundaries.

“The Charter Task Force’s report reflects priorities to strengthen accountability and empower local control, which are consistent with the proposals in AB 1505 and AB 1507,” he said in a statement Tuesday. “I look forward to collaborating with the Governor, State Superintendent and the Senate in the coming months to ensure student success and taxpayer accountability.”

The California Teachers Association, which sponsored AB 1505 and whose board of directors served on the task force, focused on the seven non-unanimous policies and praised Thurmond’s decision to include them in the final report.

“The recommendations made by the majority of the task force further solidify the need to pass AB 1505 and, quite frankly, the evidence some were waiting on to vote in favor of AB 1505,” CTA President Eric Heins said in a statement.

Not all task force members agreed with that assessment, including Margaret Fortune, the California Charter Schools Association board chair and president and CEO of Fortune Schools, a charter network in Sacramento. She urged state legislators and Newsom to consider only what the group agreed on unanimously, excluding the seven measures that support the efforts of AB 1505 but did not reach that threshold.

“My hope is that the governor will look at that hard-won consensus set of recommendations and look at moving forward in this legislative session with legislation that reflects what the consensus of the task force arrived at,” she said.

Fortune and another task force member, Cristina de Jesus, president and CEO of Green Dot Public Schools California, a Los Angeles-based charter network, said the decision to include the non-consensus policies in the final report signaled political bias. The seven points were not raised until the end of one task force meeting, they claim, and not everyone was present for the vote.

They cited Thurmond’s support from teachers unions in his campaign as one source of potential bias. Teachers unions tend to oppose the expansion of charter schools, which are typically non-unionized, and the issue of curtailing them was a central demand of teacher strikes this year in Los Angeles and Oakland.

Research Shows That Charters Do Best for California’s Low-Income and Minority Students. Now Lawmakers There Want to Slow Their Expansion

“It’s political gamesmanship that is meant to obscure and confuse the fact that the consensus recommendations that got 11-0 votes protected the appeal rights of charter schools,” said Fortune, noting that the recommendations do advocate more discretion for school districts to approve a charter school petition based on enrollment and academic outcomes.

“Is the second half of the report contradictory to the first? Yes, and it should be thrown out and disregarded,” she said. “Shame on the superintendent for including it.”

Kindra Britt, director of communications for the California Department of Education, at first would not comment on Fortune’s and de Jesus’s criticisms of how the non-unanimous items were handled, citing an internal agreement not to identify individual comments or how members voted. Later, she did confirm that not everyone on the task force was present during the vote on those items, but said that members had opportunities to voice their perspectives on the majority-only proposals at later meetings. She reiterated the department’s perspective that the report is factual.

In a separate statement released Friday, Thurmond said, “It’s important to include both the areas where a consensus was reached, as well as the areas where a majority was reached, in order to show the depth that members were willing to go and the challenging and difficult conversations that occurred throughout this process.”

The next step for AB 1505 is the state Senate Education Committee. If it’s voted out of committee and then approved by a majority of the 40-member Senate, it will go to Newsom, to be either signed into law or vetoed. A two-thirds vote in each house would be needed to override a veto. The legislative session ends in September.

While negotiations over the charter school appeals process in California, which has more charter schools than any other state in the country, has grown increasingly divisive, there is still space for consensus on regulation, says Marsh, the USC professor. Many of the systemic issues facing public education, including funding, are critically important for advocates on either side of the charter debate.

De Jesus agrees with that point. Despite the controversial elements of the report, the fact that the task force was still able to come up with four recommendations with universal support is a point worth recognizing, she said.

“There’s absolutely room for consensus. There’s room for discussion and really putting students at the forefront,” she said. “I think this is a huge deal. Everybody should pay attention.”

Correction: Task force members Margaret Fortune and Cristina de Jesus were critical that the seven non-unanimous items in the task force’s report were brought up at the end of one meeting and that not all task force members were there when they were voted on. An earlier version of this story incorrectly stated that Fortune and de Jesus said the items were raised at the task force’s last meeting and did not include a more specific response to their comments from Kindra Britt, director of communications for the California Department of Education.