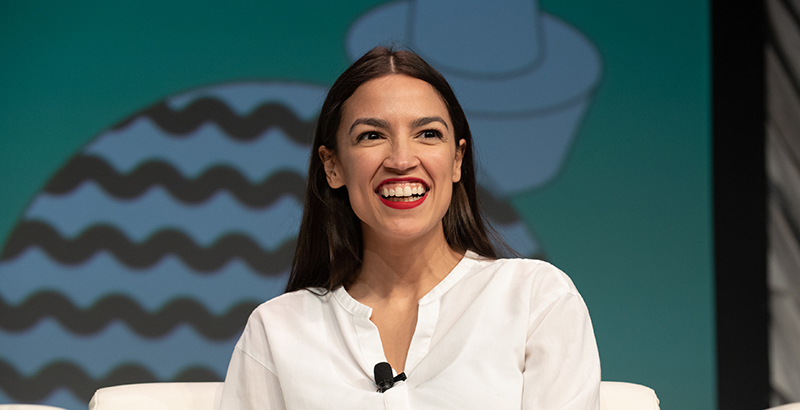 Tests. They’re the worst. They make your palms sweat and drive you to gnaw your fingernails. They fill in time that could otherwise have been spent doing something more engaging — like, uh, clipping those nails or unloading the dishwasher. They take routine things like adding two-digit numbers or parking a car and blend in just the right amounts of tedium and anxiety to ruin what would otherwise have been a perfectly great Tuesday. (Assuming, naturally, that you can’t count on mom and dad to pay someone to correct your answers before the graders get a look.)

Unsurprisingly, tests — especially when the results are linked to accountability consequences — are one of the heaviest pieces of political baggage to carry. And yet, the nation’s most prominent civil rights organizations have long insisted on the value of these assessments. Why?

Last weekend, Rep. Alexandria Ocasio-Cortez of New York gave a brilliant answer. At an education town hall in Queens, she explained that educators in her schools saw her as a struggling student — until she got a shot at proving herself on a test.

“It wasn’t until I took a high-stakes test where I scored in the 99th percentile across the board where they figured out I did not need remedial education,” AOC told the crowd. “It took a test instead of understanding the child in front of them.”

In this, as in so many things, the freshman Democrat cuts directly to the point. Tests may not be fun, but they’re an important counter to systemic prejudices that run rampant in U.S. public schools. In a country where more than three-quarters of public school teachers are white but more than half of public school students are children of color, implicit biases like the ones that AOC described are common.

The congresswoman specifically noted that her bilingualism was a particular stumbling block for her schools. This problem is widespread. In many communities, English-learning students are too frequently marginalized by educators who think of their home languages as impediments to academic success rather than as assets.

Schools shouldn’t be like this for any child. So: What can we do?

It would be nice to find a way to push equitable mindsets into — and across — the U.S. public education system. Then, teachers wouldn’t see historically underserved children of color, English learners and/or low-income students in terms of their demographic definitions, but rather in terms of their actual skills and potential. That is, it would be nice if schools didn’t marginalize children who have all the ambition and academic chops to become congresswomen. It would be nice if schools treated bilingualism as the gift that it is — including for native speakers of Spanish, Hmong, Korean or any of the other languages English-learning children speak.

If you know of a way to dramatically, quickly and comprehensively unwind systemic biases running through thousands of American schools, please step on up.

Meanwhile, millions of children will wake up Monday and head off to school. Many English learners will walk into sheltered English as a Second Language classrooms where they have limited access to rigorous academic content. Many children of color will head down hallways full of stultifying instruction as their white peers trek off to honors and enrichment coursework. Children from low-income families will faithfully show up in schools bereft of meaningful and engaging academic challenge.

Then they’ll all do it again on Tuesday. And on Wednesday. And on every day for their 13 years of compulsory schooling. All of them are waiting for someone in their schools to see them, to really see them, for the academic powerhouse they could be.

No test — no battery of tests — can solve all of this. Alone, testing can’t solve any of it. Results from these tests need to be shared publicly, and educators need to shift expectations and behavior for their students in response. What’s more, tests can’t be the only measure of what matters in education. They can’t be the only metric determining who gets access to high-quality (or high-prestige) educational opportunities.

Many assessments also suffer from their own biases. As we sift through the fallout from Operation Varsity Blues, the FBI operation that exposed a sophisticated means for privileged families to cheat assessment systems, it’s clear that tests are an imperfect means of gauging children’s skills and knowledge.

All the same, tests can put pressure on schools’ biases about students from particular backgrounds. They do give historically underserved students a chance to demonstrate their abilities on metrics that sit outside the systemic injustices that would otherwise limit their educational opportunities. Absent an epidemic of sudden changes of heart in U.S. public schools, tests are a critical protection against inequities that sideline too many young children. Notwithstanding the heavy political freight, that’s a payoff well worth some mild fingernail nibbling.

Conor P. Williams is a fellow at The Century Foundation. Previously, Williams was the founding director of New America’s Dual Language Learners National Work Group. He began his career as a first-grade teacher in Brooklyn. He holds a Ph.D. in government from Georgetown University, a master’s in science for teachers from Pace University and a B.A. in government and Spanish from Bowdoin College. His two children attend a public charter school in Washington, D.C.