The 10 Most Memorable Teacher Union Quotes of 2018 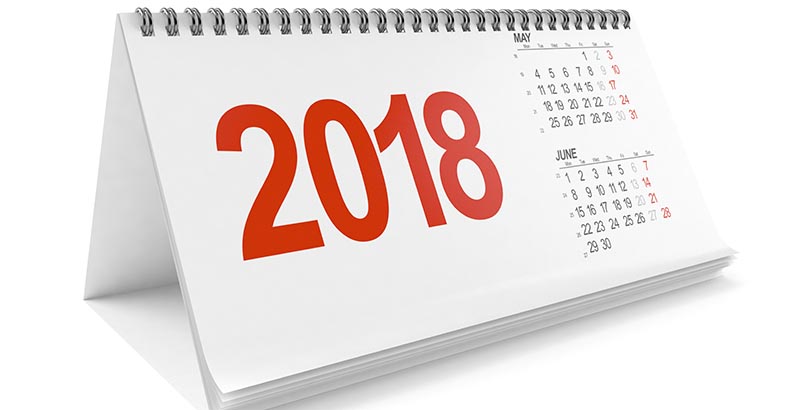 10: “We’re looking at it as a scare tactic.” —Marina Heinz, vice president of the Battle Ground Education Association, responding to the news that the school board voted to stop paying teachers while they are on strike. (September 11, KATU News)

9: “Look, I don’t want to say the teachers unions are doomed at the Supreme Court in the Janus case before it’s even been argued. And it’s a complicated case and the justices could come down in a variety of ways. And the Supreme Court sometimes surprises. But … the AFT filed their amicus brief in the case last week, and, well, they cite Valerie Strauss’ reporting in support of their argument. So, yeah, they are probably doomed.” —Andrew Rotherham. (January 22, Eduwonk)

8: “[The Republican Party’s] promotion of divisive issues threatens to return this country to a time of legal segregation, back alley abortions, and the robber barons of the 19th century.” —Joshua Pechthalt, president of the California Federation of Teachers, which apparently has no Republican members. (September-October 2018, California Teacher)

7: “The [Oakland Education Association] is taking out more than $100 a month from our paychecks and then they’re throwing it at politicians like Gavin Newsom. This state is what it looks like to have Democrats running everything and we have more homeless people than anywhere. This school district is exactly how the Democrats have made it.” —David Byrd, an Oakland High School teacher who participated in a wildcat sick-out not sanctioned by his local teachers’ union. (December 11, World Socialist Web Site)

6: “I think people are incredibly protective of the profession. Look, I get it. But it’s not enough to say we only want it one way.” —Jahana Hayes, 2016 National Teacher of the Year and candidate for the U.S. House of Representatives, describing her differences with the Connecticut Education Association over an alternative teacher certification program that she supports and the union opposes. (October 3, CT Mirror)

4: “Members may be asked to show up for rallies, phonebank, knock doors, or have their photo in the union newsletter — but they’re not part of making the strategy. When members are treated like a faucet that leaders can turn on or off for effect, they’re not really being organized, just mobilized. People won’t stay involved for long if they don’t have real input.” —Alexandra Bradbury, editor and co-director of Labor Notes. (March 30, Labor Notes)

3: “NJEA spends a lot of time talking about the importance of social justice and the evils of institutional racism. However, the shallow and hollow rhetoric has been exposed as meaningless with the recent decision to support burdening the people and students of Trenton with a dubious charter school that has been judged by even charter proponents as unacceptably poor.” —Naomi Johnson-Lafleur, president of the Trenton Education Association, a local affiliate of the New Jersey Education Association. NJEA opposed the closing of a poorly performing charter school in Trenton because it was unionized. (March 30, Trentonian)

2: “We’re receiving numerous reports about [Clark County Education Association] attempting to restrain the rights of members to choose the union for them, or to choose to not be a member of a union. Upon receiving those reports, we decided to advise the members of their rights to withdraw from a union if they so choose.” —Brian Lee, executive director of the Nevada State Education Association, which suddenly became concerned with teachers’ resignation rights after its Las Vegas affiliate seceded. (July 5, Las Vegas Review-Journal)

1: “Many a naive newcomer goes to a union meeting and dares ask a question that is taken by leadership as a challenge; the newcomer is often patronized, ignored, disparaged, or actively marginalized. Bargaining teams disappear for months behind closed doors and then present a fully bargained tentative agreement to be ratified — take it or leave it. Membership meetings in many unions are dominated by one-way leadership reports or gripe sessions, where leaders are expected to take member concerns up the ladder of administration for them. It doesn’t take too many of these cues before rank-and-file members stop coming around.” —Ellen David Friedman, former UniServ staffer with Vermont NEA. (May/June 2018, Dollars & Sense)

Other recent highlights from The 74’s education coverage across 2018:

● Research: 11 charts that changed the way we thought about schools last year.

● Interviews: 11 important conversations we had with education leaders in 2018.