The Year’s Most Memorable Education Interviews: 11 Conversations That Shaped How We Think About America’s Schools

This is the latest roundup in our “Best Of” series, spotlighting top highlights from this year’s coverage as well as the most popular articles we’ve published each month. See more of the standouts from across 2018 right here.

Just about every week at The 74, we showcase a new “74 Interview” — a long-form discussion with educators, experts, and innovators who spend their days thinking about America’s education system. Across 2018, we published more than four dozen detailed conversations with people in the field; here were the 11 that generated the most buzz and clicks. (Get every 2019 interview delivered straight to your inbox by signing up for The 74 Newsletter)

Sen. Cory Booker on Teacher Quality, Celebrity Star Power, and Why His Newark School Reforms Were Actually a Success

Exclusive: Back last winter, Sen. Cory Booker’s office reached out to contributor Laura McKenna to talk about new studies that he said proved the education reforms he implemented as Newark’s mayor were not a failure, as conventional wisdom held, and actually produced measurable gains for students. Once an outspoken Democrat on education reform, Booker — like many in his party — has largely avoided the topic of late. But now, with a possible presidential run on the horizon, he spoke at length about his trajectory in Newark, equity in education, the new research about student outcomes in the district, and how he enlisted celebrity star power — and dollars — to implement his reforms. Read our full coverage of the conversation. 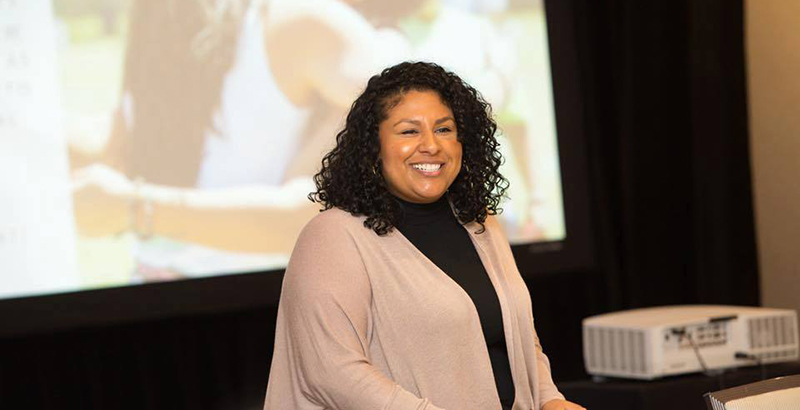 Activism: When Louisiana’s state school report cards came out in 2017, New Orleanians were in for a shock: Stalled after a decade of rapid post-Katrina progress, 30 of the city’s 72 schools earned D or F ratings. An Afro-Latina organizer who had been mobilizing families for several years, Mary Moran knew this meant 15,000 children were now attending schools where a fraction of students could read and do math at levels expected for their grade. She also knew that while some schools would look at the new report cards and get to work, others would acknowledge their issues only under pressure. To that end, she and her colleagues at Our Voice Nuestra Voz, a 3-year-old group that’s enjoyed a series of successes, launched #30NolaEdWatch. Led by parents, the campaign calls for transparency, very specific strategies in schools and at a citywide level, and at the Orleans Parish School Board, which has re-assumed authority over all New Orleans schools. Will parent pressure drive change? Read our full interview.

Joel Rose on Personalized Learning’s ‘Overdue Transition,’ Building Better Tests — and Meeting Kids Where They Are

Innovation: Early in 2018, one of personalized learning’s earliest adopters predicted that the movement would dominate the year’s education conversation in deeper and more meaningful ways. Joel Rose, co-founder and CEO of the personalized learning nonprofit New Classrooms, expects that the next several years will bring “widespread recognition” of both the need to tailor learning to individual students’ strengths and the shortcomings of current testing practices. Read our full conversation from February, about what he expected to see in 2018 and beyond.

Harvard’s Karen Mapp on ESSA, Family Engagement, and How Schools and Communities Can Partner to Help Kids Succeed

Family Engagement: The Every Student Succeeds Act created a subtle but important change when the new federal education law was passed a few years ago. It replaced the phrase “parent involvement” with “family engagement.” The idea behind the shift was to engage the whole family in a child’s education, making them true partners with schools in a student’s learning. That’s according to Karen Mapp, a senior lecturer at the Harvard Graduate School of Education, who worked as a consultant with the U.S. Department of Education in 2013 to help rethink the place of family engagement in schools. But that wasn’t the only change made to the federal education law. Here’s how Mapp says ESSA is encouraging states to make families more central to the role of teaching and learning. Read the full interview. 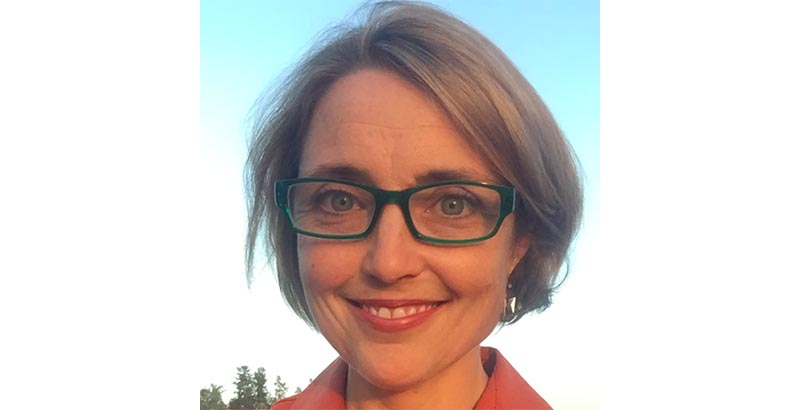 Integration: Ten years ago when her kids were starting school, Courtney Everts Mykytyn said it was pretty hard to have conversations with white parents about the value of integrating their neighborhood schools. But things are changing, Mykytyn says, and that is the goal of the organization she founded four years ago called Integrated Schools. Mykytyn is trying to create a way for white parents to talk about integration — conversations that are happening at birthday parties and soccer practices, not in state legislatures — that is “intentional, joyful and humble.” Among the barriers: how white parents define a good school, undervalue their children’s resilience and insist on “opportunity hoarding” for their own kids instead of what’s best for all kids. Read the full interview.

Longtime Civil Rights Activist Howard Fuller on Trump, DeVos, and What It’s Like to Advocate for School Choice in an Age of ‘Hypocrisy’

School Choice: It’s a complicated moment for longtime civil rights activist Howard Fuller, who’s spent 30 years fighting to advance school choice options like vouchers and charter schools. Ironically, he now finds himself aligned on those issues with a president he sees as racist and divisive. Fuller argues, however, that no president or politician can be the face of school choice — the need is bigger than any one person. In a wide-ranging interview, Fuller reflects on the dynamics he’s grappling with in 2018 and notes parallels to the forces and headwinds that charter school and education reform advocates have been reckoning with for the past several decades. One notable exchange: “I support ‘parent choice’ as opposed to ‘school choice.’ For me, it’s more than a semantical difference. I didn’t get into this to empower schools. I got in it to empower parents…What gets me is the hypocrisy around parent choice. You’ve got people with money who know that if schools don’t work for their kids, they’re going to move to communities where they do work. They’re going to put their kids in private schools or get the most expensive tutoring on the planet. They don’t care what government reports come out about testing or anything else. But yet, we want poor people to stay in schools that don’t work for their kids so everybody can keep getting paid. Parent choice is just one lever that I would want poor people to have as they continue to struggle to change the lives of their children.” Read the full interview.

Special Education: Not long ago, motherhood spelled bad optics for a female political candidate. If her kids were young, voters might see her as neglectful. If they were older, well, so was she. But with a record 112 women in Congress earlier this year, prior to the historic midterms, lawmakers who have cared for children and other loved ones are drawing on those experiences as they do the work their constituents elected them to do on Capitol Hill. Advocating for a child with profound disabilities launched New Hampshire Sen. Maggie Hassan’s political career and put her on the national stage during Education Secretary Betsy DeVos’s controversial Senate confirmation hearing. Broader representation, Hassan says in a new 74 Interview, can only lead to better policy. Read the full interview.

America’s Biggest School District: The 74 sits down with New York City’s new schools chief, who just a few months into his job has already reshaped the conversation about education policy in the nation’s largest district. Weighing in on issues ranging from Renewal schools to what he views as the city’s unusually smart parents, Carranza also focused on policies that segregate and harm students, from zip code-based enrollment systems through admissions to elite screened schools. The new chancellor, some observer say, has put issues of diversity and fairness on the front burner more effectively — and with more passion — than his boss, Mayor Bill de Blasio (who supports his efforts). But the challenge remains: How much is the city willing to give up for a fairer system? Read the full interview. 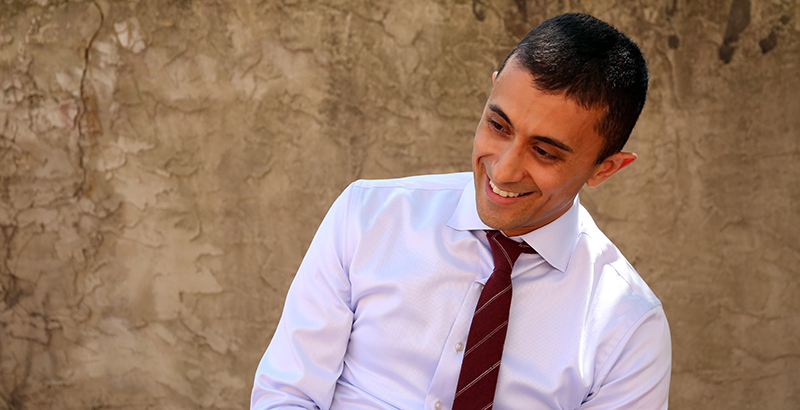 Exit Interview: When Paymon Rouhanifard took over as superintendent of Camden City School District in 2013, 23 of the city’s 26 traditional public schools were performing among the state’s bottom 5 percent. The number of failing schools has since fallen to eight out of 18, “which speaks to the fact that we’ve gotten smaller but better over time,” Rouhanifard says. Camden, one of New Jersey’s poorest school districts, has been on the rise under Rouhanifard’s leadership. Through a combination of social-emotional supports and portfolio-driven reforms, student achievement and safety have dramatically improved. Still, Rouhanifard is the first to admit that Camden still has a long way to go. Ahead of his last day as Camden City School District’s superintendent, Rouhanifard sat down with The 74 to talk about his five years leading the district, his push to expand parental choice and his outlook on the district’s future. Read the full interview. 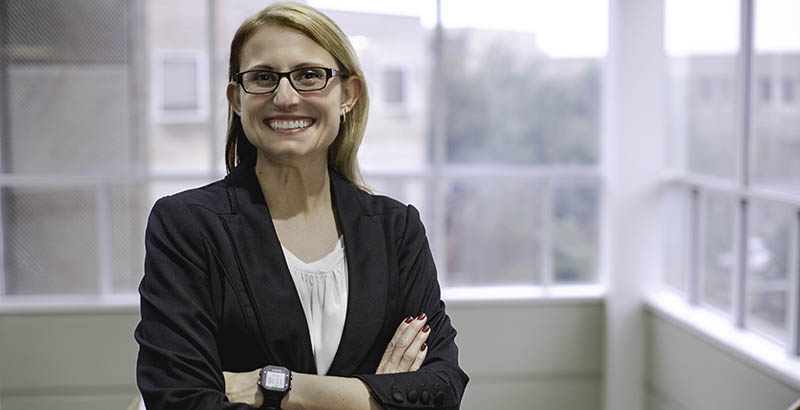 Student Safety: Nadine Connell, an associate professor of criminology and director of the Center for Crime and Justice Studies at the University of Texas at Dallas, is building a database of all school shootings in the U.S. since 1990, information she hopes will help law enforcement and school leaders better understand the causes of school violence, and how to prevent it. Connell points to many caveats raised by her research that should give pause when debating school shootings, such as the rarity of so-called rampage shootings like Parkland, and that the shooters were necessarily bullied or victimized by their peers. In a conversation with reporter Mark Keierleber, Connell also focuses on what she sees as solutions — social-emotional learning and schools that are designed to thwart mass shootings without feeling like prisons. Read the full interview.

Sal Khan on Personalized Learning, a Global Diploma, and How He’d Spend $100 million

Personalization: The 74 sat down with the Khan Academy founder to talk about personalized learning, the value of a “global diploma,” and how he’d spend $100 million. As we reported, 2017 data showed that 20 hours of preparation on the academy’s free official SAT practice platform drove an average gain of 115 points on the test. A lot has changed in the decade since Khan launched his company and opened up a world of possibility for learning at a time, place, and pace of one’s choosing. One notable exchange, and personalized learning then vs. now: “When we were starting off, it wasn’t that used of a word. Now, everyone says it. For us, personalization is — and we could talk about the different flavors of personalization that people use out in the world — but for us, it is: You learn at your own time and pace. It’s that simple, and we think it is closely linked to the idea of mastery learning.” Read the full interview.