Our 5 Key Storylines Out of L.A. as the Nation’s Second-Largest District Heads Back to School 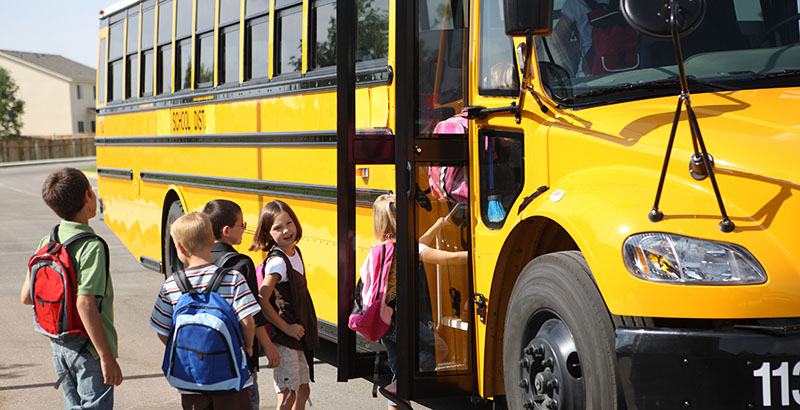 L.A. Unified’s nearly half-million district students are headed back to school on Tuesday for the 2019-20 year.

While students were away, district officials and advocates began laying the groundwork for the upcoming year’s priorities. On the heels of a failed parcel tax bid, L.A. Unified will continue clamoring for more funding and proposing initiatives that officials hope will build public trust.

Here are some of the top storylines on our radar as school starts back up:

Another attempt at a local funding measure is possible as L.A. Unified continues to seek new “desperately needed” revenue after a proposed $500 million annual parcel tax failed at the polls in June, Superintendent Austin Beutner said in an Aug. 13 interview with LA School Report.

The district in March or November 2020 hopes “to put out a proposition again in front of voters to increase funding for public education,” Beutner said, noting that it’s not yet decided whether the initiative would be a local measure or part of a broader statewide push. L.A. Unified has already expressed support for Schools and Communities First, a statewide November 2020 ballot measure that would increase commercial property taxes — some of which would go to public schools.

Beutner has repeatedly said that new revenue is needed to sustain the three-year teachers’ contract the district signed in January, ending a six-day strike. The district is also looking to address insufficient annual per-pupil funding ($16,000 in L.A., compared with $29,000 in New York, Beutner pointed out). Although the district’s $7.8 billion budget is balanced through 2021-22, its surplus is projected to drop from $837 million this year to $10.5 million in 2022. 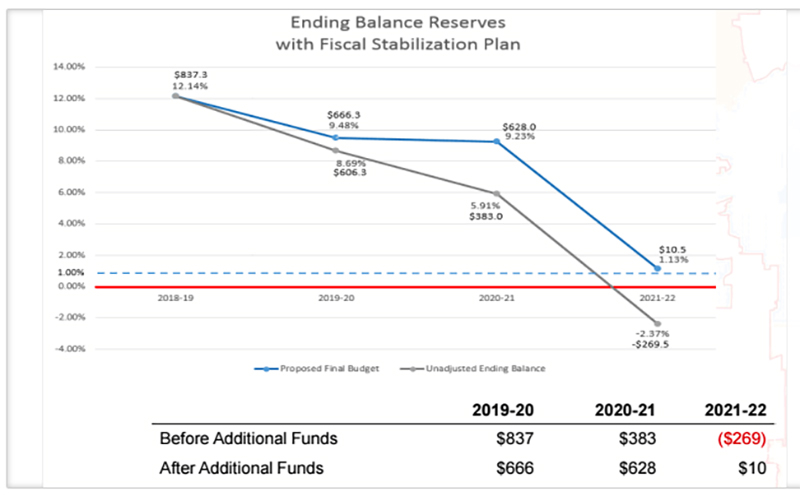 The district intends to collaborate with United Teachers Los Angeles on future funding efforts, Beutner said, adding, “We all need to work together.” Education Dive reported last week that UTLA President Alex Caputo-Pearl was unaware of renewed efforts to pass a ballot measure.

Parents as early as this fall could be able to directly compare schools with one another. L.A. Unified is considering rolling out a rating system for public schools and privately run charters that would rate schools on a scale of 1 to 5 — 1 being the lowest — based largely on student improvement on state standardized tests, low suspension rates, graduation rates and chronic absenteeism prevention efforts, the Los Angeles Times reported last week.

Board District 4’s Nick Melvoin told the Times that the system could be in effect by October. It isn’t a surefire thing yet, however: There is criticism that simplified ratings are unfair, and the concept has mixed support from school board members and Beutner.

Transparency is a priority this year, Beutner told LA School Report — especially as parents in recent months have blasted the district for being opaque about its spending and how its investments are translating to a better education for kids. Parents spoke out passionately at school board meetings in June and even filed a now-pending legal complaint in July.

“We have a long way to go to rebuild — or build — trust,” Beutner said. “It starts with transparency.”

In that spirit, Beutner said, the district in September will also publish a document “which will show where every dollar goes.” There isn’t “a firm date as to when this will be released,” a district spokeswoman wrote in an email. She didn’t respond to a question asking whether this is tied to reporting requirements under the Every Student Succeeds Act or goes beyond the mandates of the federal K-12 education law.

Local District East and Local District South — two of L.A. Unified’s six local districts — are piloting Beutner’s recently unveiled “The Work Ahead” plan. The plan entails restructuring local districts into six “communities of schools,” which officials say would shift power away from the traditional centralized bureaucracy and prioritize principal, teacher and family engagement. It aims to take busy work, such as compliance and facility issues, off of principals’ hands, and give schools more budget flexibility to address students’ personalized needs, among other changes. 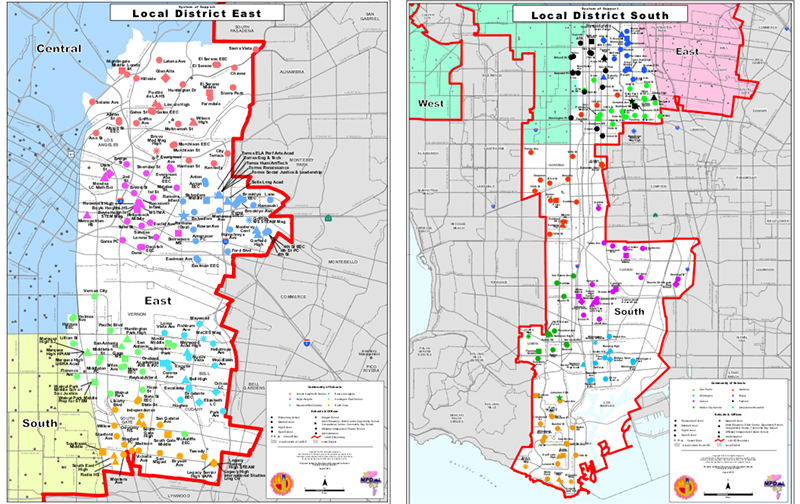 L.A. families in these local districts can expect their principals to play a more active role in the community — even small gestures like greeting students at the door every morning, Beutner said. He added that administrative offices are now located within those communities as well, making it easier for parents to voice concerns and “know our staff, our administrators on a first-name basis.” Parents are encouraged to confirm with their child’s school where their community’s office is.

Expanding this plan across all six local districts will take “months and years, not days and weeks,” Beutner acknowledged. But “we think it’s the right direction.”

Read more in depth about the plan here.

Charters, which serve more than 138,000 students within L.A. Unified boundaries, don’t all have the same Tuesday start date as traditional schools. You can refer to the directory on this site to find individual school websites with more information.

California Charter Schools Association spokeswoman Brittany Parmley said Thursday that a main priority for charter advocates going into 2019-20 is battling two pieces of state charter legislation — AB 1505 and 1507. AB 1505, the more controversial of the two, would grant local districts more discretion to approve or deny new charter petitions and narrow the existing appeals process for denied applications. AB 1507 would close a loophole in the state’s current charter policy that allows some districts to boost their budgets by approving charter schools outside their boundaries.

Both bills passed the state Assembly in May and were under review by the state Senate’s Appropriations Committee as of Monday. The bills would need to be approved by the full Senate before the session ends Sept. 13. Gov. Gavin Newsom would have until Oct. 13 to either approve or veto the legislation.

The California State University’s Board of Trustees will continue considerations this fall to add a fourth year of “quantitative reasoning” to the 23-campus system’s admissions requirements by 2026. A quantitative reasoning course largely centers on problem-solving using math-based skills, such as statistics and personal finance.

About 1 in 6 L.A. Unified graduates attend a CSU system school for their first year. While proponents say the extra prerequisite would help students build a stronger learning foundation before college, L.A. Unified board members and local equity advocates worry that it would instead bar more marginalized students from attending.

Access already isn’t universal, with less than half of L.A. Unified’s class of 2019 cohort — a projected 46 percent of more than 34,000 students— eligible for the current CSU system.

A public hearing on the proposal is scheduled for Aug. 29, with a vote anticipated in November. Read more about the proposal and what people are saying here.

Other syllabus items to know:

● Pending legal complaint: The district has to respond by Sept. 20 to a legal complaint filed by two parents in July that claims L.A. Unified has failed to ensure that high-needs students are receiving the more than $1 billion annually they are due in state funding.

● Housing homeless on district property: L.A. Unified’s school board last November voted to study the possibility of using district property to house homeless students and their families, despite split public opinion. A district spokeswoman said Friday that the staff “is currently finalizing the report,” which the resolution had initially requested be done by May.

● New safety policy: The school board in June voted to eliminate a contentious random search policy by July 2020. In preparation for that, the district is “in the process of establishing a task force of internal and external stakeholders who will be meeting in the coming weeks to explore and develop an alternative policy to keep students safe,” the spokeswoman said. The task force “will invite parent and student participation.”

● Student voting rights: Board members approved a resolution in April directing L.A. Unified officials to study whether it’s possible to allow 16- and 17-year-olds to vote in board elections. A special task force “has been developed to study this, and an update is scheduled to be provided to the Board later this fall,” the spokeswoman said.

*This article has been updated to include the news that court-ordered oversight of L.A. Unified’s special education program is ending this year.