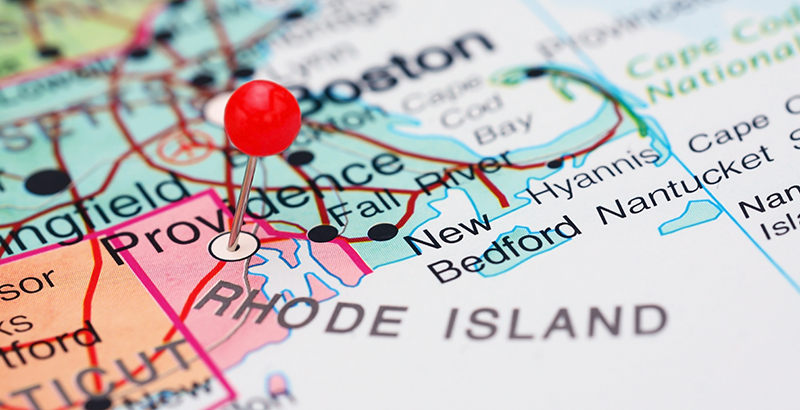 “This is really challenging work. No state has seemed to figure out how to do it well, across the board, for every student, in a comprehensive manner and in a sustained way over time,” Erika McConduit, president and CEO of the Urban League of Louisiana and one of the reviewers, told The 74.

The reviewers, a bipartisan group of more than 45 advocates, joined together in an effort led by the Collaborative for Student Success and Bellwether Education Partners. They rated each plan in nine areas, on a scale of 1 to 5.

The second-round plans were not any stronger, despite the additional time to get input and write them ahead of the later September submission deadline, the reviewers found.

“We were hoping to see more from the states,” Chad Aldeman, a principal at Bellwether and one of the leaders of the review process, said.

The plans overall were confusing and lacking detail on how the performance of vulnerable student subgroups — such as students of color and special education students — will be included in the plans, and how all of the specific elements of school ratings come together into final scores, he said.

“You’d be really hard pressed to figure out what a state is actually doing in a lot of instances,” Aldeman said. Four to five experts, plus the Bellwether staff, reviewed every plan, and there were some “that all of us could not make heads-or-tails sense of,” he said.

The reviewers criticized California’s dashboard accountability system, for instance, as “complicated and incomplete.” It relies on a “color-coded, 25-square performance grid for each indicator that will create a number of arbitrary cut points between performance levels,” reviewers wrote.

Litt: Why Kids in Low-Performing Schools Are Set to Lose Big Under California’s Current ESSA Plan

And on incorporating individual subgroups, reviewers dinged Florida for failing to include an indicator of English language proficiency in its school identification process, nor does it mention providing any accommodation or supports to the significant portion of the student body who are English language learners, the reviewers wrote.

The Education Department at first took a more hands-on review process, warning Delaware that its long-term goals weren’t ambitious enough, before being scolded by Senate Education committee chairman Lamar Alexander and backing off. It has since approved 16 of the 17 first-round plans that were filed this spring, with just Colorado’s outstanding.

The Department of Education under Secretary Betsy DeVos issued a new state plan template in March that asked fewer questions, and “I think states ran with that and chose not to submit much information,” Aldeman said. Republicans in Congress also threw out Obama-era accountability regulations that would have required states to address many of the issues the reviewers raised.

Some state leaders could point to education plans beyond what they submitted to the federal government, but there’s no way to hold them to those pledges, Aldeman said.

“I can understand why states wouldn’t want to submit lots of details to the feds, because then they’ll be held accountable for that. The flip side for that is, then, for efforts like ours, they look bad,” he added.

The state plans reflect what was required as part of their technical submissions, and many are going beyond what they submitted to the federal government, said Kirsten Carr, senior program director of student expectations at the Council of Chief State School Officers. CCSSO represents the top state education officials, who wrote the plans.

“It’s hard to say they squandered an opportunity based on one review,” Carr said.

Several groups have put out reviews of ESSA plans in the months since the first round was submitted to the Education Department, and others have been more positive. The Thomas B. Fordham Institute focused on states’ use of student growth and clear ratings; 20 of the 51 plans got “good” or “great” ratings from that review.

State leaders will take “all critical feedback” under advisement and continue to improve, Carr said.

“Ultimately, the opinions that really matter the most are those from the educators, students, and advocates within their states,” she added. State education leaders were required to solicit public input on their plans and seek governors’ approval before submitting to the Education Department.

The reviews on the whole were generally lower for the second-round plans.

Among the second-round states, 13 got a 1 in at least one category. California, Idaho, and Texas got the lowest scores in two categories; Nebraska and Virginia got 1’s in three categories; and Kansas got 1’s in six of the nine categories.

Reviewers said Kansas’s plan overall doesn’t provide sufficient information and evidence to show how it will improve education in the state. Its accountability system “could be very confusing” and state officials should work to simplify it, the reviewers added.

And, hitting on an issue that was common among states, reviewers said Kansas’s school improvement plan was a concern.

“Kansas’ strategies for school improvement — particularly for schools that do not improve after identification — are very limited and carry significant risk that these schools could continue [to do poorly] without making dramatic changes commensurate with their needs,” the reviewers wrote.

Kansas has not yet received any feedback from the Education Department on areas it may need to address, Denise Kahler, director of communications and recognition programs at the Kansas State Department of Education, said via email.

“As a state, we set a very powerful vision for K-12 education two years ago that calls for a redesign of our current system. We are very focused on that work,” Kahler wrote.

Finally, the reviewers raised concerns that 20 states don’t include consequences for schools where fewer than the federally required 95 percent of students take annual state tests.

Parents, frustrated with a growth in standardized testing and the rollout of the Common Core State Standards, blocked their children from taking exams; the opt-out movement involved as many as 1 in 10 students in Colorado and 1 in 5 in New York. It became an issue during the drafting of ESSA, but lawmakers ultimately kept the participation requirement.

“Peer reviewers are wary that schools may return to a time when some students were intentionally not tested and their performance swept under the rug,” they said in a press release.

Carr, with CCSSO, said she hasn’t reviewed the plans in enough detail to know whether the 20 number is accurate, but there may be other ways they’re addressing the testing participation issue not in the state plan.

“States are absolutely meeting the letter of the law, and it just may be reflected in different ways in their plan,” she said.

Despite their disappointment overall, reviewers were pleased that states are expanding accountability systems beyond the reading and math tests that make up the bulk of the ESSA’s testing requirements.

States are including science, student attendance, and measures of college and career readiness in their ratings, according to a release.

Reviewers were also pleased with states’ use of year-to-year student growth on tests, rather than a static measure of proficiency. Advocates have long said a hard focus on proficiency, as was required under No Child Left Behind, unfairly penalized some schools, particularly those with high numbers of low-income students who were learning but not yet meeting academic benchmarks.

And though school improvement overall was a problem, much as it was in the first round, three states in particular did a good job in their plans: New York, Indiana, and Rhode Island, the reviewers said.

Rhode Island “was one of the better school improvement plans that I’ve read, in the first or second round,” McConduit said.

Rhode Island should be held up as an example, particularly for its use of a resource hub to share best practices for school improvement; a community advisory board that has real input, through the state education department, to guide school turnaround; five evidence-backed approaches to turnaround; and competitive grants that are open to schools that aren’t required to undertake turnaround work but want to improve.

“Nearly every component of its plan could be a model for others,” the reviewers said.