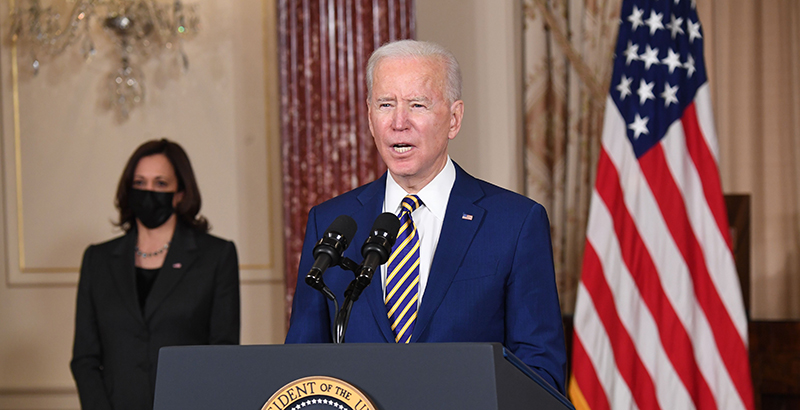 On top of all the disruptions caused by the COVID-19 pandemic, a major challenge facing K-12 schools has been implementing the U.S. Department of Education’s Title IX regulations on sexual harassment, which took effect in August. Reversing two decades of federal guidance, these regulations erected new barriers for reporting student harassment while reducing schools’ responsibility to respond, and in some cases mandating that schools not take action unless the harassment exceeds an arbitrarily elevated standard. All this even though experts having long recognized the importance of remedying sex-based harassment before it escalates and leads to intensifying harm.

In overturning two decades of federal guidance that shaped state and local K-12 policy, the new regulations force schools to navigate two tiers of rules governing sexual misconduct — one defined by the latest Title IX requirements, the other described in state law and local district policies. For example, the new Title IX regulations require schools to ignore complaints of off-campus sexual harassment that occur outside of an education program or activity. But state and local policies that were shaped by previous federal guidance direct districts to address peer sexual harassment that occurs outside of school grounds when it spills over into the school environment.

All K-12 students who suffer sexual harassment should receive willing, affirmative support from school staff, families and communities. They should not have to endure sexual harassment at school and then have to demand to be heard through an Instagram post. Instead, families and young activists must demand transparent and understandable policies for reporting and investigating sexual misconduct, preventing retaliation and providing supportive measures, regardless of whether harassment meets the new requirements for a Title IX compliance.

Today, the Biden-Harris administration ushers in a hopeful time for the youngest beneficiaries of the MeToo movement, a national campaign created in 2006 to call attention to and counteract pervasive sexual abuse and sexual harassment. Three years ago, MeToo founder Tarana Burke was a special guest for the Times Square festivities. She commemorated the occasion on Twitter by noting, “I think it’s fitting to honor the MeToo movement as we set our intentions for 2018. With the new year comes new momentum to fuel this work and we won’t stop anytime soon.”

Those words are just as timely now, three years on. The #MeTooK12 campaign, launched that New Year’s Eve, harnessed the awareness and urgency of the #MeToo movement to encompass the widespread sexual harassment that students experience before entering college or the workforce. This year, we must continue to build on the energy kindled that night to overcome the challenges of the past year.

At the federal level, K-12 students and families can join dozens of youth and gender equity advocacy organizations such as the Feminist Majority Foundation, National Women’s Law Center and NationalCoalition for Women and Girls in Education in calling for the Biden-Harris administration and the new secretary of education to reverse the harmful provisions of the latest Title IX regulations, restore rescinded guidance and best practices, and help shape new legislation that protects reporting students.

There should be grassroots advocacy for state legislation requiring K-12 schools to adopt policies that support and protect reporting students consistent with federal guidelines that were in effect for 20 years before the latest regulations. For example, youth activists supported Oregon House Bill 3077, which became law in 2020 and requires that the state’s school districts go address off-campus sexual harassment that creates a hostile environment at school—a directive that covers sexual misconduct that falls outside the scope of the new Title IX regulations.

Schools should collaborate with state and local sexual assault response organizations to address the social and emotional welfare of survivors and defend their right to pursue their education without further harm or retaliation. Community-based advocates must encourage schools to collaborate with local nonprofit service organizations to support the confidentiality and well-being of sexual harassment survivors, provide prevention education programs and build partnerships between schools and community victim advocates.

The work ahead lies not only in policy change and Title IX compliance, but in building a proactive and sustainable framework for student support and safety, establishing a durable climate of respect with mutual trust among students, staff and administrators, and a prompt and timely response to harassment complaints that embraces trauma-informed best practices. When K-12 schools employ a multi-pronged approach to address sexual harassment, they can stop the progression of behaviors that continue into college and the workplace.

Like the #MeToo movement, the work of #MeTooK12 is more than just rallying around an internet hashtag. As Burke explains, “It’s the work that we’re doing on the ground to support survivors, it’s the programs that we’re implementing, it’s the initiatives that we’re standing behind, it’s the way that we’re coming together collectively to move the work forward.”