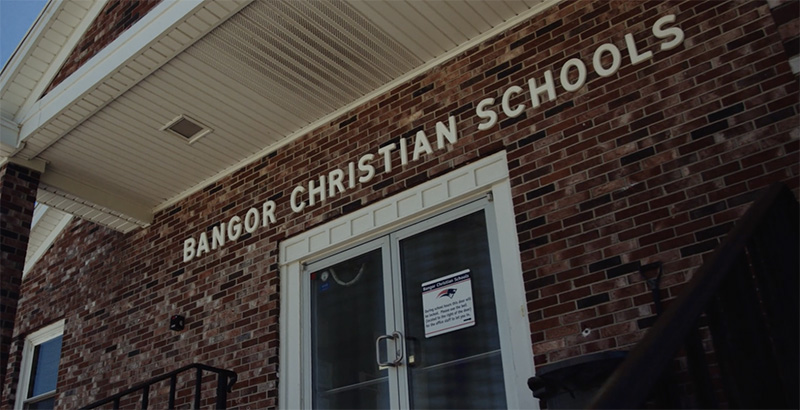 Olivia Carson, the Maine student at the center of a U.S. Supreme Court case over religious school choice, graduated from Bangor Christian Schools this year. So even if the court rules states can no longer exclude schools that teach religion from their voucher programs, Carson will have moved on to study business at Husson University.

But other families, and those on all sides of the school choice issue, are already speculating about how far the court’s conservative majority will go.

One of those families is the Nelsons, the other plaintiffs in Carson v. Makin, which the court will hear Dec. 8. This fall, Troy and Angela Nelson’s son Royce will be a sophomore at Erskine Academy in South China, Maine — the secular private school the family chose when they had to forgo “the religious school they believed was best for their kids,” said Michael Bindas, a senior attorney with the libertarian Institute for Justice, who represents the plaintiffs in the lawsuit over the state’s town “tuitioning” policy. 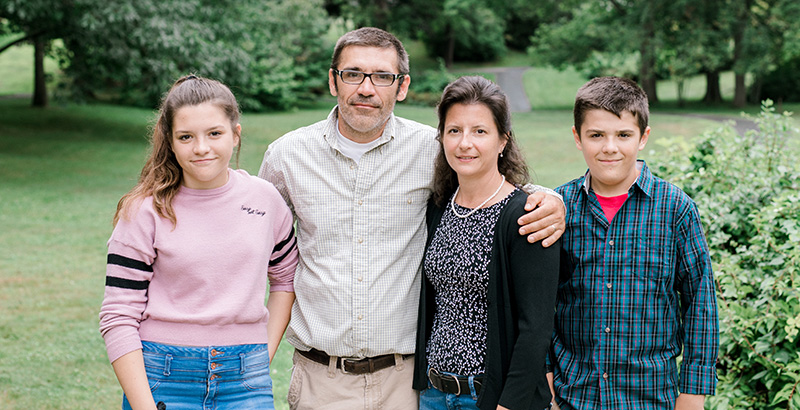 Troy and Amy Nelson sent their children Alicia and Royce to Erskine Academy, a secular private school that participates in the tuition assistance program. Alicia has graduated and Royce will be a sophomore this fall. (Institute for Justice)

The Supreme Court moved in the direction of greater religious freedom last year with its opinion in Espinoza v. Montana Department of Revenue, which focused on a tax credit scholarship program. But the decision was limited. While the court said states can’t ban religious schools from choice programs simply because they’re religious, they left open the question of whether states could exclude them because they might spend the money on religious instruction. Focusing on that second question, the 1st Circuit Court of Appeals sided with Maine. Now Carson asks the Supreme Court to take the next step and rule that religious schools can participate in choice programs regardless of their curriculum. Some argue a ruling for the plaintiffs in Carson would be another step toward allowing religious organizations to run charter schools — a worst-case scenario for many advocates.

In the short term, the outcome in Carson would affect New England states with tuition assistance programs, in which towns without a school cover the cost of tuition at public or private schools.

In June, the 2nd Circuit ruled that students in Vermont can use public funds at religious schools. So far the state hasn’t appealed the ruling, perhaps waiting for the Supreme Court to weigh in on Carson. And maybe in anticipation of the justices siding with the plaintiffs, Gov. Chris Sununu in neighboring New Hampshire signed legislation in July removing the restriction on religious schools in that state’s tuitioning program.

A decision for the plaintiffs could prompt some states to get out of the voucher business if they can’t place restrictions on curriculum, noted Preston Green, an education professor at the University of Connecticut.

Other states with private school voucher programs, such as Florida, Indiana and North Carolina, already allow religious schools to participate.

“Most legislatures do the right thing when they adopt these programs,” said Bindas, with the Institute for Justice, adding that Espinoza’s opponents argue the decision didn’t specifically say states can’t ban religious schools because they teach religion.“If the Supreme Court rules correctly, that argument will be removed from the arsenal of the school choice opponents.”

A more recent ruling in a case involving a Catholic social services agency has some legal experts suggesting moderates on the court won’t go too far.

Derek Black, a constitutional law professor at the University of South Carolina, said he doesn’t think the court is ready to “jump off the cliff and say the state can’t even restrict money being spent on the bread for communion.”

While it didn’t directly focus on education, the court’s 9-0 June ruling in Fulton v. City of Philadelphia is relevant, Black said. In that case, the justices held that the city couldn’t exempt some foster care agencies from its nondiscrimination policy while denying the same exception to a Catholic agency just because it was opposed to placing children with same-sex couples.

“Do the justices want to create breathing space for religion? Yes,” Black said. “Do they want religion to overcome the state? No.”

The possibility of a ruling in favor of the Carsons nonetheless alarms those who believe such programs violate the First Amendment.

Green doesn’t think a decision for the plaintiffs would immediately lead to churches or other religious organizations running charter schools, but added, “You’re really, really close.”

“This is about dominoes falling and it’s a deliberative legal strategy,” he said. “They don’t need to do it right away. They just need to establish a true line where they can make these legal arguments.”

Nicole Garnett, a law professor at the University of Notre Dame and a colleague of Justice Barrett when she taught there, addressed the issue last December. She argued in a report for the conservative Manhattan Institute that even the Espinoza decision allowed for religious charter schools.

Garnett said that while states established charters as new public schools, they share similarities with private schools because parents choose them.

But Nina Rees, president and CEO of the National Alliance for Public Charter Schools, rejects the notion that charters are private.

“Charter schools are public schools and are subject to the First Amendment’s Establishment Clause,” she said. “Charter schools have never been able to, and cannot now, teach religion. Neither Espinoza nor a win for plaintiffs in Carson changes that.”

She stands by that position despite an Aug. 9 ruling by the 4th Circuit Court of Appeals in a case over whether charter schools’ uniform policies can require girls to wear skirts. The court ruled that charters are not “state actors” and that requiring girls to wear skirts violates their constitutional rights. This decision could strengthen the argument for religious charters.

“States would suddenly become financially responsible for millions of students who previously chose to forgo public education,” they wrote. “In places already struggling to maintain public infrastructure, public budgets would now be on the hook for religious infrastructure.”

But one thing is clear, Garnett wrote: Whether advocates pursue the issue through legislation, an attorney general’s opinion or in the courts, “the legality of religious charter schools will be tied up in litigation, perhaps for years.”

Olivia Carson’s parents, David and Amy Carson, can relate. They filed their initial complaint about the state’s tuitioning program in 2018, when Olivia started 10th grade.

Bangor Christian Schools — where a church, classroom buildings and a radio station sit on a 35-acre, wooded campus — is a family tradition. Olivia’s parents attended the school. So did David Carson’s mother. Her aunt and uncle work there, and Olivia spent all of her K-12 years there. 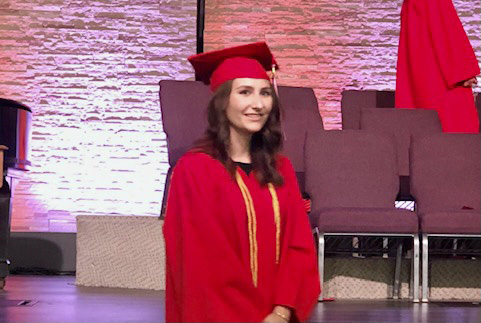 “We kept [Olivia] at Bangor Christian just because of the environment and the academics,” said Amy Carson, who manages the paperwork for her husband’s construction business. “It’s been good for her, being an only child. It’s like a whole other family.”