In recent weeks, thousands of newly arrived students and their families have settled in new communities and enrolled in district schools for the first time, often with confusion and wonderment for what lies ahead. If they are fortunate, like students in Elk Grove Unified School District in California, they will have the support needed to navigate the experience from the moment they enroll through their first few years in school.

Elk Grove is the state’s fifth-largest school district and one of its largest refugee resettlement areas. More than 100 languages are spoken there. When new families arrive, they’re directed to Newcomer Welcome Centers where they will find someone to answer their questions, assess their needs and help them with school enrollment — all in their home language. Students are immediately placed in a school that will support them and, if needed, are assigned an on-site English language coordinator. Throughout the year, that coordinator will work directly with the students, collaborate with their teachers to identify their strengths and meet their needs, and ensure they are happy and successful.

In Elk Grove — one of three districts spotlighted in a just-released report from Next100 — newcomer programming is thorough and thoughtful, planned with and informed by student and family data collected over years. Natasha Moore, an English learner program coordinator at Florin High School in Elk Grove, provided an example: She was enrolling a brother and sister pair in school and describing the programs available to them when their father expressed gratitude for her warm welcome. She recalls that he told her, in his home language, that “[we] were the first people that smiled with sincerity, and that he felt truly welcomed to our community.”

This work — the programming, data collection and assessment, and staffing — is possible only with compassion, commitment and adequate funding. District leaders know it’s not cheap, and despite evidence that targeted spending for specific student groups improves achievement, many districts that serve newcomers often cannot acquire adequate funding to maintain such robust programs. This is, in part, because there is only one federal source — Title III immigrant student funding — of grants explicitly targeted to support newcomer students.

Restrictive eligibility requirements limit the number of districts in each state to those that demonstrate more newcomer enrollment than in previous years. Further, advocates argue that Title III funding is woefully inadequate. According to the Office of Elementary and Secondary Education, Title III appropriations have never risen above $800 million, even in fiscal years 2021 and 2022, when the effects of the pandemic were most disruptive to in-person instruction for English learners and newcomer students.

Ultimately, all districts that serve newcomers and aim to create meaningful programming to meet their needs require sufficient funding. But Title III, in its current structure and at its present level, fails to do so.

For too long, districts serving newcomers have had to be smart and scrappy, gathering funding from alternative sources to start or maintain newcomer programs without consistent support through Title III. Now, pandemic relief efforts provide a unique opportunity for districts to target relief funds toward newcomers in lieu of Title III.

This past year, Elk Grove did not qualify to receive a Title III subgrant, as it had in previous years. Instead, the district dedicated a portion of its American Rescue Plan funding — $7.6 million — to bolster its English learner and newcomer programs. This September, the district is opening two new newcomer centers, enabling a further expansion of resources.

But as every district leader knows, ESSER funds are one-time infusions, and they will run out. Districts shouldn’t have to scrape together resources on their own just to do this work well. Systemic funding problems require systemic funding solutions from the federal government.

Among other recommendations, the Next100 report urges the federal government to steer away from restrictive eligibility requirements and to distribute Title III subgrants on a per-pupil basis, so any district that supports newcomers can receive the funding it needs to do so thoughtfully, sustainably and equitably for each student enrolled.

What would this potential change in how grants are distributed mean?

It would mean that newcomer students who enrolled in Elk Grove for the first time this year would continue to receive the same support from their English learner coordinator for a few more years, regardless of whether newcomer enrollment increases in 2023-24. It would mean Elk Grove could respond to the changing needs of its newcomer community, hire interpreters for languages new to the district and diversify its programs as new needs arise. And it would mean that other districts could deliver on the promise of a quality education by building and sustaining newcomer programs.

Every new student deserves adequate investment to be able to thrive. To make this a reality for newcomers everywhere, the federal government needs to step up.

Alejandra Vázquez Baur is a policy entrepreneur at Next100, a startup think tank, and the author of a new report, “Funding Newcomers in Every U.S. Classroom." 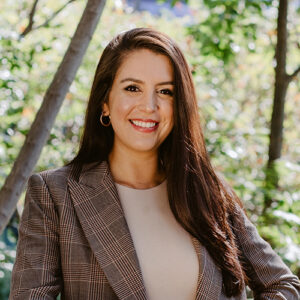