The 8 Best Education Articles From December: A Racial and Gender Divide in Special Ed, Protesting Democrats Over Charters, an App to Guide Better Classroom Conversations & More 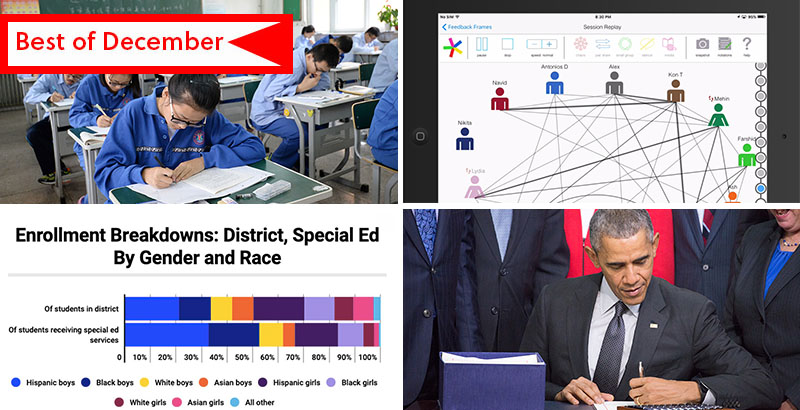 Every month, we round up our most popular and buzzed-about articles from the past four weeks. (Go deeper: See our top highlights from November, October and beyond right here)

It was a month of memorable interviews, notable anniversaries and surprising datasets here at The 74, from our fourth-anniversary retrospective of the Every Student Succeeds Act to an exclusive new report on disparities in special education services in New York City and a profile of a unique new doctorate program focused on social-emotional learning.

More details on the month’s most popular stories below. (And remember, you can always get our top news and analysis delivered straight to your inbox by signing up for The 74 Newsletter) 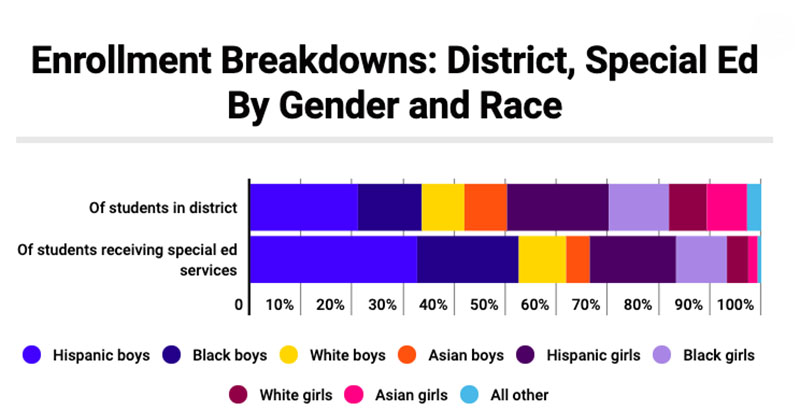 Special Education: Buried within the NYC Department of Education’s 2018-19 special education report was a historically recurring yet compelling statistic: Twice as many boys receive special education services as girls. While the subject of girls with special ed accommodations has “never come up” in discussions at the city DOE’s governing Panel for Educational Policy, says panel member Lori Podvesker, researchers like Cheri Fancsali say gender disparities are “a big deal.” The 74 dug into a federal database looking for stats on girls with disabilities and found that Hispanic, black, white and Asian girls in the country’s largest school district all receive special ed supports at noticeably lower rates than their respective shares of the city’s public school students — and that among girls who are receiving services, the vast majority are black and Latina. The findings, experts say, underscore the need for even more information on these students. “Gender and race intersect in complex ways,” said Rachel Fish, an assistant professor of special education at New York University. The 74’s Taylor Swaak explains.

Research: When it comes to education research, a picture tells a thousand words. The dire questions gripping families, activists, policymakers and educators — from how to stop high schoolers from dropping out to how to measure the effects of major reforms like Common Core — are the subjects of lengthy papers and experimental trials. But even the most critical finding can be reduced to a drab footnote if it’s not anchored by a bold, beautiful chart. Our rundown of the year in charts highlights many of the crucial revelations about America’s schools in 2019: NAEP scores were stagnant for another year. Highly coveted spots in exam schools might actually be hurting the most disadvantaged students. Special education students in Boston charters are making phenomenal progress. Closing failing schools can cut violent crime. The 74’s Kevin Mahnken lays out the important themes and context behind the visuals, offering a compelling look at another fascinating year in education research. (See the full roundup) 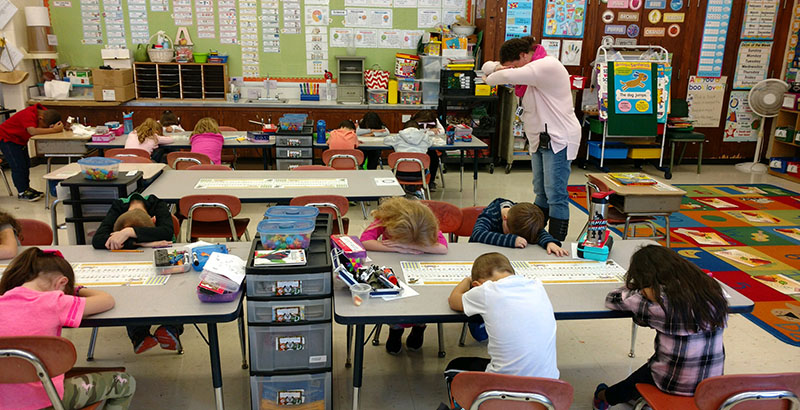 Kindergarten teacher Kimberly Atkinson directs her students in a stretching exercise with belly breathing to help them reset their bodies and minds for learning. (Kimberly Atkinson)

Social-Emotional Learning: As interest in social-emotional learning grows, teacher training still has some catching up to do. But a new doctoral program is trying to change that. Sacred Heart University in Fairfield, Connecticut, launched an education doctorate this fall that may be the first in the country to explicitly focus on developing social, emotional and academic leaders. Program creator Michael P. Alfano was moved by the tragedy of the Sandy Hook shooting — where he lost one of his graduate education students, a first-grade teacher at the school — to make social-emotional learning a centerpiece of Sacred Heart’s teacher training curriculum. While some efforts to prevent school violence focus on hardening buildings through drastic security measures, Alfano wanted to help educators support children suffering through trauma and teach students how to regulate their emotions. The inaugural program has 18 enrollees, educators who will spend the next three years researching social-emotional learning and addressing problems they see in their own school communities. Kate Stringer reports. (Read the full profile) 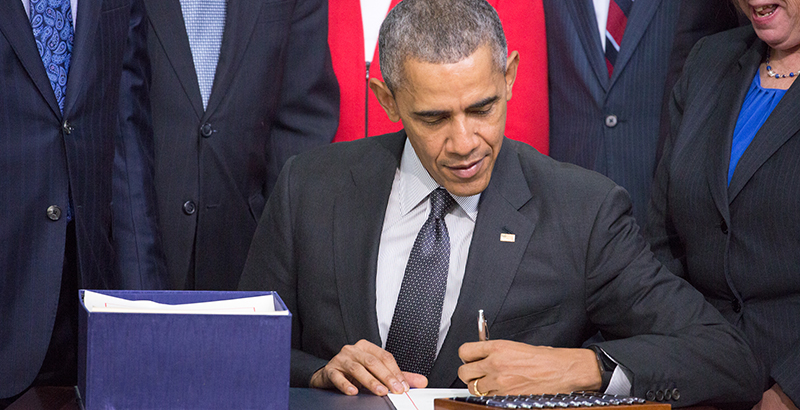 Policy: The Every Student Succeeds Act became law four years ago, dubbed a “Christmas miracle” and hailed as an example of substantive policymaking. Though the bipartisan sheen has since worn off, an important but deceptively simple question remains: Is ESSA working? As with many large-scale policies, it depends on whom you ask. Those who praised the law’s devolution of power over K-12 to the states say yes, and state leaders tout systems with new ways to assess schools, built with diverse input. But advocates concerned by what they see as states flouting the law’s much-mentioned “civil rights guardrails” say it isn’t working, citing the wide variance in implementation across states and report cards that aren’t giving necessary information to parents. To those in the Washington education policy bubble, it may feel like the law has been on the books for much longer than four years, but full implementation is largely just beginning. Carolyn Phenicie has the story. (Read the full story) 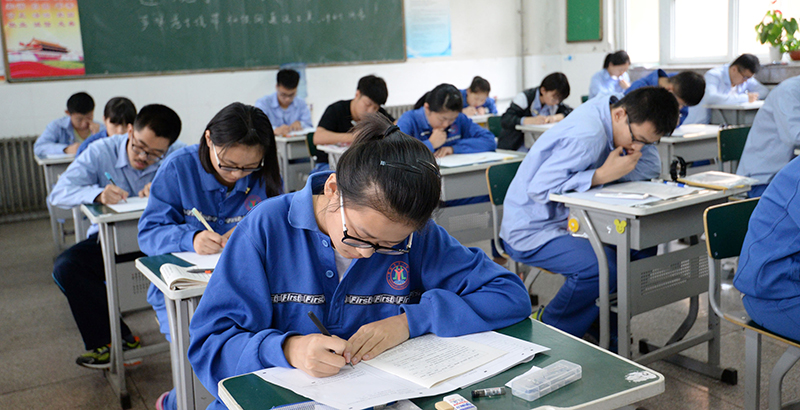 PISA: Weighing the country rankings on the Program for International Student Assessment (PISA) exam results, it is tempting to look to China for lessons on effective education. “B-S-J-Z (China)” appears at the very top in reading, math and science — often by a substantial margin over, say, Singapore and Estonia. But Education Department official Mark Schneider suggests taking a closer look. B-S-J-Z in “B-S-J-Z (China)” stands for Beijing, Shanghai, Jiangsu and Zhejiang, the four mainland provinces that China is allowed to cherry-pick to “represent” it on PISA, in contrast to the norm of countrywide testing that all other participating nations must abide by. Imagine if the U.S., where performance on PISA is at best mediocre, substituted Massachusetts; Minnesota; Scarsdale, New York; and Evanston, Illinois — we could call it “M-M-S-E (U.S.)” — for the entire country. “We would be right up there with B-S-J-Z (China), Singapore and Estonia, with all attendant bragging rights.” (Read the full analysis) 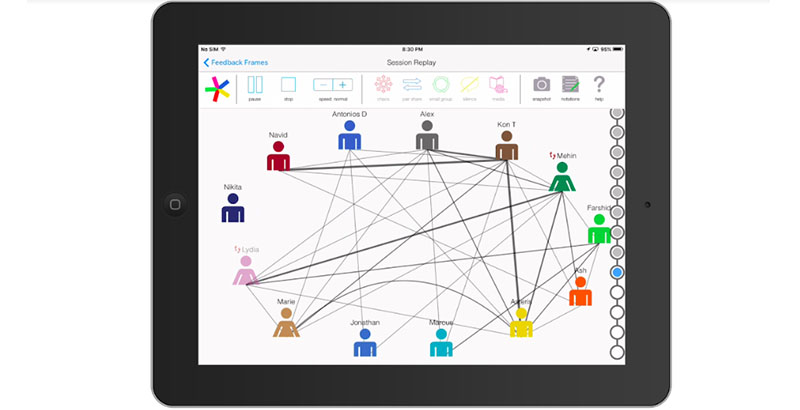 Ed Tech: Think of Equity Maps as a digital ball of yarn, one that tracks in-class discussions and then helps students understand how their interactions during those conversations affect those around them. Designed as a tool that helps students see how they performed as a group and how they might improve for the next time, the iPad app is based on the old group discussion concept of passing a ball of yarn from one speaker to the next so that by the end, the group sees the web of yarn connecting speaker to speaker — often showing holes where students didn’t participate and highlighting those who may have dominated the conversation. “When students can see the data and see the lines of communication that happen in a classroom, they can come to their own conclusions rather than being told this is something they need to work on,” says founder Dave Nelson, a lifelong teacher. “How can we go deeper to involve everyone and come to a better understanding? It is very student-driven. It teaches them how to have a conversation. That is the goal.” Tim Newcomb explains. (Read the full story) 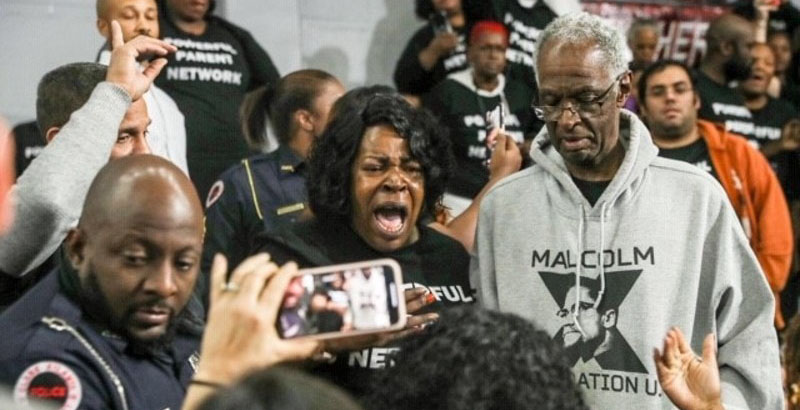 74 Interview: With opposition to public charter schools surging among Democratic presidential candidates, a network of black and brown parents raised money and chartered buses to take their school choice advocacy to Atlanta, where Sen. Elizabeth Warren followed the most recent debate with an event honoring black women’s historic role in civil rights protests. And protest the members of the Powerful Parent Network in the audience did. With them was longtime school choice advocate Howard Fuller, who is determined to make sure Democratic hopefuls know there’s a racial divide in public opinion about charter schools. Fuller participated in the backstage conversation Warren had with organizer and grandmother Sarah Carpenter and other Powerful Parent Network members. In this 74 Interview, he tells Beth Hawkins he doesn’t think Warren — who after the conversation with Carpenter was forced to clarify that one of her children attended private school — saw the disconnect between her celebration of black women’s legacy of protest and her stance on what they see as their right to self-determination. (Read the full interview) 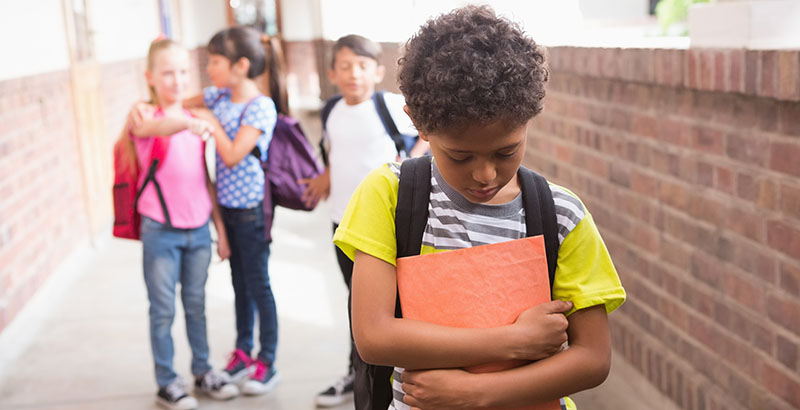 Student Belonging Is Essential to Success. Education Policies Must Ensure School Is a Place Where Every Child Belongs

Analysis: The need for belonging — a feeling of being respected and accepted — is deeply human and one of the most researched and well-documented findings of psychology. That’s why, writes contributor Ross Wiener, all children deserve a school where they experience belonging. But accountability debates tend to center on test scores and graduation rates. Rather, he says, responsibility for student belonging should also be part of the definition of school success. “Belonging isn’t only valuable because it improves test scores — although there is ample evidence it does — it’s valuable as a primary component of the social contract school represents. … As a core commitment to children and families, public education policy should embrace the promise that school is a place where every student belongs. Every student.” (Read the full essay)