As Oral Arguments Near in Landmark Janus Case, Both Sides Prepare for Possible End to Mandatory Union Dues 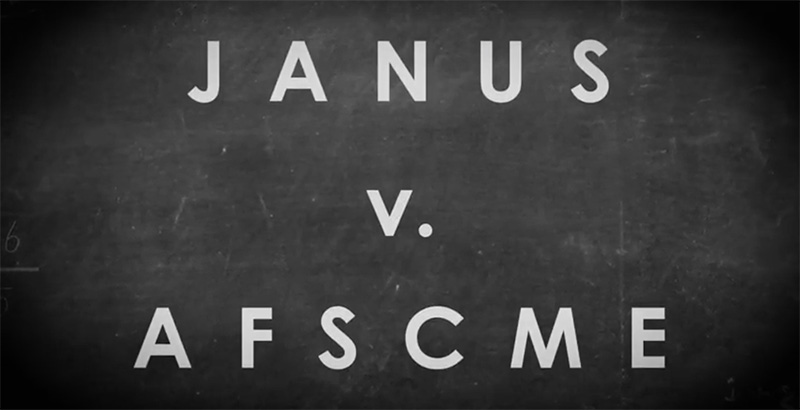 Union advocates and their opponents are contemplating an end to mandatory dues payments by teachers and other public sector workers, six weeks before the Supreme Court hears oral arguments in a key case.

The Supreme Court on February 26 will hear oral arguments in Janus v. AFSCME, a case that asks justices whether requiring public employees to pay at least some part of union dues, as they must in about half of states, violates their First Amendment rights.

Unions say those dues are essential to prevent free-riding employees from reaping the rewards of union-negotiated benefits and to ensure ease of negotiations with employers; opponents say even basic union issues like pay and layoff policy are inherently political when the employer is a government entity.

If, as seems likely, the justices decide in favor of Mark Janus, the Illinois child welfare worker seeking to overturn his state’s mandatory dues rules, the changes across the country in the number of public sector union members — and their accompanying dues — could be stark.

The National Right to Work Legal Defense Foundation, which is representing Janus, issued a bulletin to workers late last year warning of what they said would be unions’ efforts to block limits on their power, including things like having members sign automatic membership renewals.

A separate case, Yohn v. California Teachers Association, raises the mandatory union dues issue and also questions whether union membership and dues payments should be opt-out, as it currently is in most states, or opt-in, as those advocates would like to see it.

In many states with mandatory dues, the onus is on teachers who want to pay only required “agency fees” to opt out, rather than on unions to proactively enroll educators every year. Dissenters have complained about cumbersome processes or limited time frames to do so every year. Unions in a similar case said an opt-out option is sufficient to protect First Amendment rights, and that dissenters can “readily fill out and mail in the simple, one-page opt-out form.”

A group of California teachers, including Ryan Yohn, filed a brief urging the court to address that question in the Janus case. The teachers’ case is currently on hold pending Janus’s outcome.

Some union advocates, meanwhile, have begun debating whether they should move to a model of only representing dues-paying members, rather than everyone, even non-members.

Proponents argue it would be fair to both sides and would force unions to improve and demonstrate their worth to individual employees to maintain membership. Opponents say it could further fragment unions.

In deciding the Janus case, justices will consider whether to overturn a precedent from the 1970s that held that public sector employees don’t have to pay the portion of dues that go directly to political spending, but must continue paying the “fair share” dues that cover contract negotiations and the like.

The Supreme Court in 2016 seemed poised to overturn mandatory dues in a similar case brought by California teacher Rebecca Friedrichs, but deadlocked in a 4–4 tie after the sudden death of Justice Antonin Scalia. That kept in place a lower court ruling upholding mandatory dues.

Conservative and libertarian advocacy groups, and Republican lawmakers, have sided with Janus, as has the federal government, a change from its position in the Friedrichs case during the Obama administration. Civil rights groups and Democratic politicians have sided with unions in similar cases in the past.

New York governor Andrew Cuomo in his recent 2018 State of the State speech mentioned the case, adding that “we must do all in our power to protect collective bargaining, the right to organize, and preserve workers’ rights.”

Janus, the lead plaintiff in a video and essay produced by supporters of his cause, sees the case differently.

“I’m not anti-union. I don’t begrudge anyone who wants to form a union, or be part of a union,” he said. “But what is unfair and unconstitutional is forcing me — and millions of other American workers — to pay for union politics just so we can serve our communities and our state.”