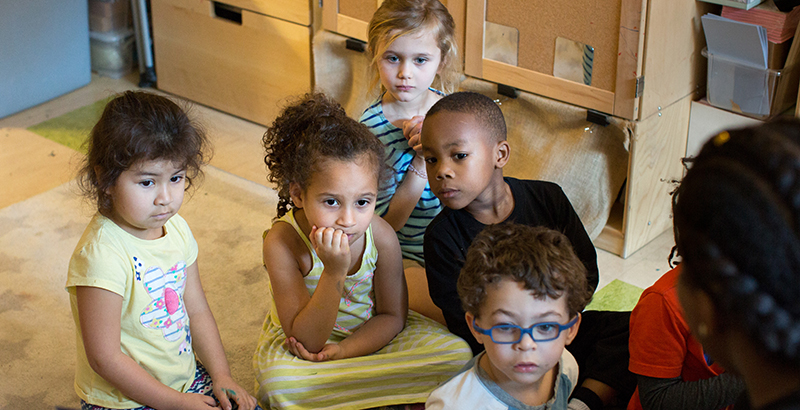 A half year into the COVID-19 pandemic, the country is wearing its world-lagging coronavirus response particularly badly. The administration is doing its level best to pretend its way around mounting a serious national response. Communities, families and educators continue to scrap over just how to mount a school year this fall.

And now, New York City is apparently “over.” Indeed, most cities are supposedly winding down. That can mean a lot of things, depending on your particular view of what makes cities special. But right now, it’s loosely defined by a slice of reality: Lots of American cities’ privileged populations have pulled up stakes and headed for other family homes or ancestral cottages in the countryside. Ironically, it was just a year or two ago, in the pre-pandemic times, that cities were allegedly being ruined because they were being overrun by wealth.

Although it’s far too early to know how the future of U.S. cities looks, the pandemic provides a perfect moment for considering their recent past. For years, American people and economic activity have been clustering particularly heavily in urban areas. This has driven contentious debates between urbanists and city planners. But the impacts of this demographic shift have been largely underappreciated in education policy.

In late August, the Urban Institute’s Erica Greenberg, Grace Luetmer, Carina Chien and Tomas Monarrez published the first in a series of studies on how Washington, D.C.’s universal pre-K program and school enrollment lotteries fit into the rapidly gentrifying capital’s own efforts to advance educational equity. Encouragingly, they found that D.C.’s approach to assigning public pre-K seats appears to be evenhanded: Students who apply and students who are assigned seats have roughly the same demographics as children across the city.

This is exciting, since this is one of the least-explored and most important issues in education reform: How can urban schools engage equitably and constructively with the resources, energy, expectations, demands, anxieties and prejudices of their large new populations of privileged families? What can they do with this sudden crop of (nice?) white parents? As urban neighborhoods with hot real estate markets drive middle- and upper-middle-class white families into historically low-income areas, there’s a real risk that the ensuing gentrification and rising housing costs will lead to displacement of long-standing residents — frequently communities of color. This dynamic almost inevitably causes social and political tensions across cities — and generally deepens educational inequities.

First: some background. Among U.S. cities, D.C. was an early adopter of both universal pre-K and a unified school enrollment lottery. Its public pre-K program began expanding toward universal coverage of all 3- and 4-year-olds in 2008. It’s a comprehensive program that stands as a model for most of the rest of the country in its breadth and resources. Nearly 90 percent of the city’s 4-year-olds attend public pre-K, along with 71 percent of its 3-year-olds. Washington state has roughly 10 times the population of Washington, D.C., but it serves about the same number of children in public pre-K. The city spends nearly $20,000 per child in the program, which is dramatically more than any U.S. state, and runs the vast majority of its pre-K programs in school settings instead of child care programs.

Students enroll in the pre-K program — and any other grade in public schools — through MySchoolDC, Washington’s unified school placement lottery. Local leaders developed the lottery in 2014 to make it easier for families to navigate the city’s many school choice options. D.C. has roughly 95,000 children in public schools — nearly half of whom attend one of the city’s 123 charter schools. Before the advent of the MySchoolDC lottery, this meant that parents often had to apply to dozens of different lotteries to have a chance at securing a spot at one of the city’s charters. This system privileged the, ahem, privileged, who generally had more time, resources and flexibility to hustle around town applying to as many schools as possible. The universal lottery sought to level the playing field — parents can apply to nearly any pre-K–12 school in the city through the MySchoolDC portal. (Disclosure: Two of my three children have enrolled in Washington, D.C.’s public pre-K program through MySchoolDC. Our experience was outstanding, so our youngest child will also enroll upon turning 3 years old.)

But does it work? Can a school enrollment lottery like D.C.’s make access to high-quality schools more equitable for historically marginalized communities in a city where gentrification is amplifying dramatic economic inequality?

To begin to answer this question, the Urban Institute’s study analyzed the demographics of pre-K students in the schools lottery. They found that students in the lottery and students who match with pre-K programs in the initial lottery “closely resemble” the populations of D.C. 3- and 4-year-olds. That is, the lottery appears to be relatively accessible and is matching students to pre-K programs in ways that track the city’s diversity.

But equal access is not equitable access. As the researchers note, “It is encouraging that applicants and matched applicants closely resemble the overall population of pre-kindergarten-age students, and yet equality may be insufficient to overcome historical and ongoing advantages wealthy and white families have in accessing high-quality preschool.”

In part, this is because the lottery isn’t entirely open. That is, most of the district’s campuses (DC Public Schools) give preference to students who live in nearby neighborhoods. Nearly half of 3-year-olds and slightly more than half of 4-year-olds who matched with a pre-K program benefited from that in-boundary preference. That is, the lottery gave them a leg up for accessing a seat in a particular pre-K program based on where their families live. Indeed, for Washington, D.C.’s upper-middle class, like their socioeconomic peers across the country, moving to more expensive neighborhoods to gain access to particular schools is a common practice. A lottery that valorizes this mechanism of purchasing school access will never be entirely compatible with efforts to increase historically marginalized families’ access to more and better school options.

“If you want to increase diversity in schools, the in-boundary preference is not going to help, especially in a place like D.C.,” Greenberg told me in a video call last week.

Meanwhile, city law forbids D.C.’s charters from tilting their enrollment lotteries to reflect students’ addresses. In 2017, Mayor Muriel Bowser proposed a limited “walkability preference” that would have given some students in-boundary lottery preference for some charters, but it never went into effect. By contrast, as the study mentions, and as some of my colleagues have noted, city leaders could consider adding a new preference to the lottery that would give particularly low-income or marginalized families a better chance to match with one of their top-choice pre-K programs. At present, the D.C. Council is considering a proposal to add an “at-risk preference” to the schools lottery.

D.C.’s schools lottery won’t “save” the city (whatever that winds up meaning after the pandemic). But it may help D.C. schools serve a city of diverse children once the pandemic recedes. At the very least — it doesn’t seem to be a primary factor expanding inequitable access to public pre-K programs in Washington, D.C.

Better yet, this view of the impacts of D.C.’s universal pre-K program will get even clearer and more comprehensive soon. Forthcoming studies from the Urban Institute aim to explore how the program affects children’s persistence in public schools and developmental progress.

Submit a Letter to the Editor
September 8, 2020