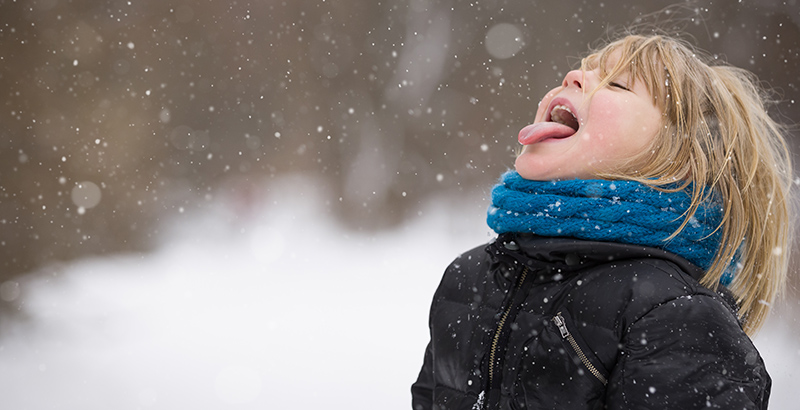 The logistics would be daunting, for sure, but it’s a question we should be asking. Based on my series on how students were affected in the aftermath of an earthquake in Pakistan, flooding in Thailand and a series of teacher strikes in Argentina, it’s clear that children suffer short- and long-term consequences when they miss school.

Although snow days are trivial compared with these other events, they should inform our conversation about what we’ll need to do to help students recover from COVID-19 learning losses.

The first lesson from the research on snow days is how they interact with state policy. Every state sets a minimum number of days or hours that make up an instructional year. By law, schools are required to teach students for at least that amount of time. States typically allow some leeway if districts lose time due to severe weather or other emergencies, but after some threshold, districts are required to make up for lost time.

Holding schools to a fixed number of hours and days may seem old-fashioned and blunt, and there are valid questions about how the time gets used, but a large body of research suggests that students benefit from additional instructional time.

The research on snow days comes to a similar conclusion. After missing out on just a few days of school, students start to suffer noticeable effects on their learning. Surveying the body of evidence from studies in Colorado, Maryland, Minnesota and Virginia, Dave Marcotte and Benjamin Hansen concluded, “the percentage of students passing math assessments falls by about one-third to one-half a percentage point for each day school is closed.”

A follow-up study from Joshua Goodman on Massachusetts found that the number of formal school closures due to snowstorms wasn’t important; what mattered was the total number of days a student missed. He estimated that “student absences could account for as much as one-quarter of the income-based achievement gap in the state.”

Since even relatively small amounts of lost time from snow days can lead to statistically and substantively large impacts, it makes sense for states to require schools to make up the time. That lesson could be multiplied many times over for the lost learning time due to COVID-19 school disruptions.

Let’s walk through some math. Assume schools were closed from March 15 to June 1, which works out to 55 days of lost instruction in the spring. Of course, most districts offered remote learning during that time. According to surveys conducted by the EdWeek Research Center, teachers estimated that they were delivering, on average, three hours of instruction per day, about half as much as usual. Assuming remote learning started right after schools closed their doors, and assuming the instruction that was given was perfectly equivalent in quality to in-person teaching, then students lost the equivalent of about 27.5 days of school last spring.

Now, many districts had scheduled spring break during that window, states were planning to administer their annual tests, and it was the end of the school year, so maybe the losses in the spring weren’t that severe.

Unfortunately, they will really start to mount this year. Take my home school district of Fairfax County, Virginia. It’s the 10th-largest in the country, and it serves 187,000 students, 31 percent of whom are economically disadvantaged.

The district is offering me, as a Fairfax parent, 2½ hours a day of live instruction for my first-grader and 3½ for my third-grader. Fairfax also reduced the number of school days in a week from five to four for most kids, and it canceled the first two weeks of the school year to give teachers additional professional development and planning time.

Other school districts are different, of course, but Fairfax’s plan falls woefully short of what the state of Virginia normally requires. In a normal year, Virginia requires 180 days of instruction, for a total of 990 hours for grades 1-12. Based on my back-of-envelope calculations, my kids will receive a school year of 136 days, but my first-grader is scheduled to receive only 340 hours of instruction, about 650 fewer than normal. If everything goes smoothly, he’ll receive about one-third of a year’s worth of instructional time.

While I’m angry and frustrated at this situation, I don’t blame my local superintendent and certainly not the teachers or school leaders. But I am worried about how my (comparatively privileged) family will make it through the year, not to mention the long-term consequences my kids’ generation will face.

Logistically, the remedy is not as simple as reopening the schools or adding another school day. But there are three approaches that states could try.

First, state leaders should set clear guidelines for what counts as a day of school and the minimum number of hours or minutes for an academic year in a remote learning environment. If time matters for students in a normal year, then states have a responsibility to set a minimal standard this year.

Second, it might be less daunting to think about the lost time in terms of a lifetime balance for each student. If students normally receive 13,000 hours of school over 13 years, then states could set that sum total as their goal for all students to receive by the time they graduate. The more time students lost last spring and continue to lose this school year, the more they should be entitled to receive going forward.

Third, states could also use this opportunity to shift away from a time-based model altogether. If students are already performing at grade level, maybe they didn’t suffer as much academically and don’t need extra time. Throughout all the research on educational disruptions, lower-income and lower-performing students are consistently found to have been harmed the most, while wealthier students often show no adverse effects at all. By diagnosing each student’s achievement levels, states could focus their recovery efforts on the children who need them the most.

The potential learning losses are staggering, but if state and district leaders heed some of the lessons from past educational disruptions, it’s possible they could mitigate some of the damage.