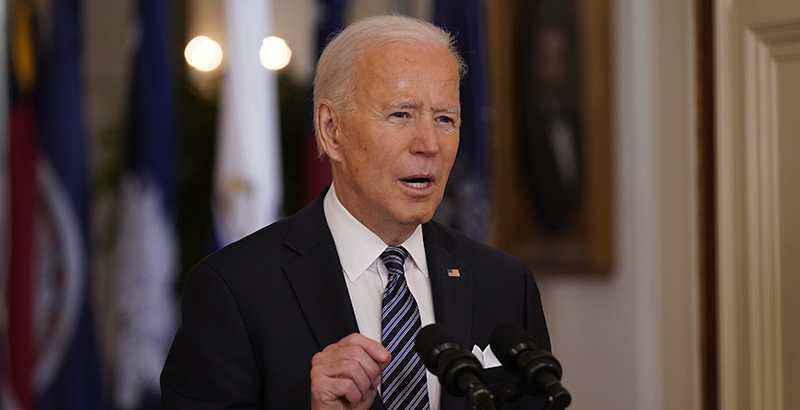 While we are a long way from schools returning to normalcy, the tide has turned on reopening for in-person instruction. Even entrenched opponents of the idea, like the Chicago Teachers Union and United Teachers Los Angeles, have reached agreement with their respective school districts to offer some classroom teaching.

This amount of cooperation, grudging though it is in many cases, would never have happened under a Trump administration. The fear among education reformers was that President Joe Biden would always defer to teachers unions on education issues, and that has clearly not been the case — with one obvious exception, which we’ll get to momentarily.

First came Biden’s selection of Miguel Cardona as secretary of education. There had been a widespread belief, including my own, that Biden would name a high-ranking teachers union officer. But instead, he chose Cardona, whose main attribute was that he was unobjectionable to everyone. Cardona was friendly to unions during his tenure as Connecticut education commissioner, but he was far from their dream candidate.

Cardona wanted to reopen schools, and his nomination coincided with Biden’s pledge to “see that the majority of our schools can be open by the end of my first 100 days.” Establishing a timeline for reopening was Biden’s second divergence from union plans.

Both national unions applauded the idea, but were specific about why: Funding was on the way. “This Executive Order is an important first step to ensure the protections and significant resources are in place to support the safe and just return to in-person instruction in school buildings and on campuses,” said Becky Pringle, president of the National Education Association.

Randi Weingarten, president of the American Federation of Teachers, echoed the sentiment, calling Biden’s plan one that “follows the science and secures the resources to make in-school learning safe.”

When the Centers for Disease Control and Prevention released guidelines in February for reopening schools, Pringle said, “Now, with a partner in the White House, we have the opportunity to do this right, to do it safely, and to do it as quickly as resources allow.”

Before those resources were appropriated, the unions had to come to grips with a third Biden departure from their wishes. The administration ruled that states would still be required to give federally mandated standardized tests.

This time, the unions were a lot less laudatory, but still measured in their responses. “Standardized tests have never been valid or reliable measures of what students know and are able to do, and they are especially unreliable now,” said Pringle, without mentioning Biden. Weingarten praised Biden’s work, but termed the testing decision “a frustrating turn.”

Fast forward to March 19, and a fourth surprise for the unions. The CDC released new guidance that masked students can be seated 3 feet from each other, instead of the previously recommended 6 feet.

The responses to this move were a little more agitated. “We are concerned that the CDC has changed one of the basic rules for how to ensure school safety without demonstrating certainty that the change is justified by the science and can be implemented in a manner that does not detract from the larger long-term needs of students,” said Pringle. Her criticism came only a month after she had stated that “state and local leaders cannot pick and choose which guidelines to follow.”

“They are compromising the one enduring public health missive that we’ve gotten from the beginning of this pandemic in order to squeeze more kids into schools,” Weingarten told the Washington Post.

CNN reported that these disagreements have led to “persistent tensions between White House officials and teachers’ unions” and that “the relationship has become more complicated.”

This appears to be a significant schism between the natural political allies, but it is common, and probably inevitable. The unions had a similar falling-out with the Obama administration, and we all remember how they felt about Secretary of Education Arne Duncan.

But the disagreements had no significant effect on the daily operations of the administration or the unions. The president of the United States has a constituency much larger than that of the teachers unions and acts accordingly when it comes to education policy. For their part, the unions would love to have everything, but they know their priorities.

The Obama administration handed out billions to K-12 schools in his 2009 stimulus bill, and billions more in the 2010 edujobs bill. The unions can already see that the Biden presidency is not going to be the nirvana they hoped for, but they will console themselves with the $122 billion in additional K-12 funding in Biden’s stimulus bill.

What can that money be used for? The unions aren’t coy about telling us. NEA tweeted that school systems “can hire more teachers, more paraeducators, more custodians, more nurses, more counselors.” This leads, naturally, to more union members and more union revenue.

The new law specifically permits the hiring of “additional educators to address learning loss,” which will come as a shock to those union allies who believe learning loss is a “hoax.”

Ballooning school staffs even while COVID has led to falling enrollment and “missing” students, coupled with regular meetings and White House photo ops, is enough to keep the unions compliant in the absence of the education policies they would prefer. Money soothes ills, and $122 billion soothes a lot of them.