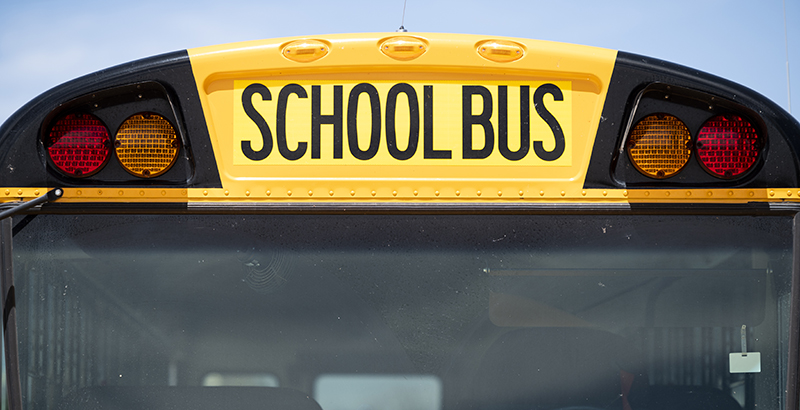 Public schools are not known for being particularly innovative. But there’s an old saying that necessity is the mother of invention, and COVID-19 may indeed be pushing some districts to adopt strategies they had long ignored.

An interesting set of case examples is surfacing as districts race to handle transportation issues this fall. Fueled by pandemic fears, strained labor markets and vaccine requirements, widespread shortages of bus drivers have left many districts scrambling to find a way to get kids to school as classes started up again. Newspaper headlines have blared stories of unfilled bus driver positions, delays in school start dates, canceled bus routes and hours-long waits for kids.

Getting students to school is critical: Children can’t learn while waiting for the bus.

How districts react to these unusual labor challenges may be telling us something important: Whether they can adapt to meet the moment and which, if any, will consider adopting innovations that are common in other industries outside of education.

At one end of the scale, a handful of districts have struggled to solve their transportation problems. Districts in Pittsburgh and Rochester, New York, were unable to find a solution and delayed the start of their school years. In Anchorage, school is on, but the normal bus routes have been suspended through October with no substitute in place.

Then there are districts doing more of the usual stuff, for example by offering across-the-board raises and more benefits to attract drivers. In a move late last month, Fairfax County in Virginia raised its hourly pay for new hires by 17 percent. Shelby County in Kentucky will provide part-time workers like bus drivers with full-time benefits.

But, it turns out that a surprising number of districts are pivoting in more significant ways, and doing so with warp speed. We’ve seen impressive shifts to re-envision compensation packages and even rethink working conditions to fill driver positions. A few districts have come up with creative (if temporary) workforce solutions. Perhaps most impressive are those completely rethinking how they provide transportation.

On pay, in the hopes of attracting new drivers and retaining existing employees, numerous districts have introduced a range of hiring and retention incentives with bonuses and enticements previously considered off limits in public education, where uniform pay tied to length of service has been standard practice. In recent weeks, districts like New Haven, Connecticut, have dangled cash through signing bonuses of up to $5,000. In Springfield, Missouri, new drivers can receive an extra $4,000 if they stick around for the full school year, while existing employees can earn stipends for referring new applicants, serving as a peer coach to a new driver, maintaining a safe driving record and consistently showing up to work on time.

While these types of incentives have long been routine in the private sector, they are relatively uncommon in public education.

Other districts have changed working conditions and tapped new labor markets. Bozeman, Montana, for instance, is permitting parents to bring their toddlers on their bus routes and trying to entice college students by purchasing campus parking passes for them as a perk. One New York State congressman is seeking changes to bus driver licensure rules.

In Massachusetts, the governor moved quickly to call in National Guard members to provide temporary drivers in districts that could not find sufficient staff.

We think even more promising are the districts redesigning their delivery model altogether, often through the use of an emerging concept called co-production. Co-production is a mechanism where the beneficiaries participate in the delivery of the services they use. In this case, parents are given incentives to arrange transportation previously provided by the district’s centralized bus service.

Enticement runs the gamut. The Lansing school district in Michigan began offering city bus passes and gas cards worth $25 a month to parents willing to drive their children to school. Some places are offering more substantial stipends for parents willing to take on the responsibility of getting their child to class, to the tune of $300 a month in Philadelphia and in Chicago, $1,000 upfront and $500 monthly.

The idea of paying parents may sound relatively simple and easy, but in practice, districts have had to navigate numerous roadblocks and make quick decisions to get it to work. In talking to district leaders, we’re hearing them sort through thorny decisions about the right payment schedule, who qualifies and whether to make payments contingent on attendance. They’ve had to consider tax implications and set up debit cards or find a vendor to issue the payments. In some cases, they had to work around state laws requiring district-provided transport (in New Jersey, policymakers clarified that its state rules don’t mandate a yellow bus service).

In the larger context, paying parents to participate in getting their kids to school is a new and counterintuitive idea, especially for districts without a track record of seeing parents as formal partners in the education process. While districts have long touted the role of parents, an interesting question is whether this strategy of paying families for transportation could pave the way for similar strategies in other parts of the education puzzle. Would districts consider paying parents to ensure that kids have good attendance, or do their homework, or show up for tutoring? Or will some of these initiatives be viewed as short-term responses born out of necessity, due to the pandemic shortages or as a way to encourage social distancing?

Amid the flurry of activity, of course, some attempts will fail; that’s part of the innovation process. The first solution Chicago announced was a partnership with Uber and Lyft, which was quickly scrapped, as drivers lack sufficient background checks to work with children.

Some of the ideas districts are floating may not sound worthy of “innovation” status, but the changes reflect a serious departure from standard practice. Even one-time incentives for new hires can run up against longstanding labor agreements that prioritize standardization for all employees. Historically, the go-to strategy for most districts has been to solve problems by adding more staff and to pay them using standard salary schedules. But that approach isn’t working as well these days.

All told, responses to the bus driver shortage make clear that some districts are better than others at pivoting to meet the moment. While COVID-19 has sparked rapid changes in ways never before seen in public education, it shouldn’t take a crisis to spur creative solutions. In many districts, transportation hasn’t worked well for years. Some of the innovations we’ve highlighted here are spreading rapidly; let’s hope that more places learn from these efforts and apply this same sort of creative thinking to other aspects of schooling. At a time when dramatic changes are upending so much of what schools have taken for granted, it may be the case that the districts that can adapt and innovate will be the ones best able to help their students succeed in the months and years ahead.