Adams: Grading NYC’s New Grading System — What Will Giving Marks Based on ‘Equity, Motivation and Academic Integrity’ Mean for Fairness? 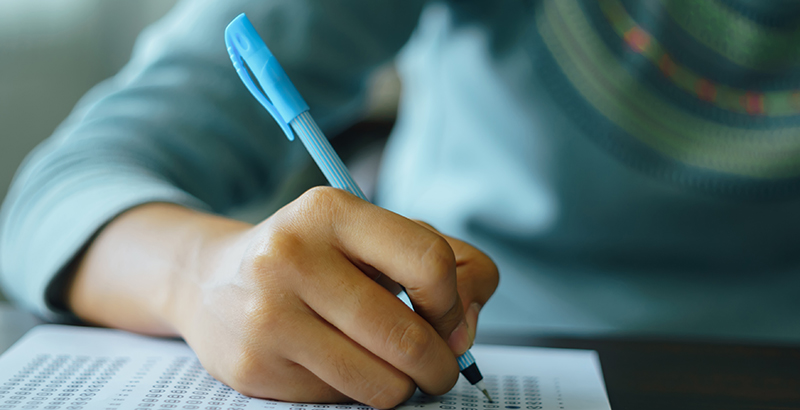 New York City parents were blindsided when, at the end of October, the Department of Education released updated assessment guidelines that urged schools to disregard grades or any other objective measures and, instead, “consider factors such as equity, motivation and academic integrity when considering whether to specify an individual student’s rank.”

With state tests canceled for spring 2020 and Regents exams canceled for January 2021, it becomes impossible to accurately assess just how far this year’s graduating class may have fallen behind due to lost instructional time. The 2020 grading guidelines also mandated that no student may receive a failing mark, and that any barely passing numerical score may be converted to a more neutral “credit” on request. Such marks will not be factored into grade-point averages.

On the other hand, students can and should be assessed on more subjective factors, ones that can’t be contested via concrete metrics. The DOE is obscuring how such an approach will gloss over what students actually did (or didn’t) learn by insisting that the negative is actually a positive, because this new style of assessment would forward the cause of equity, diversity and inclusion.

According to the logic of the 2020 grading guidelines, it wouldn’t be fair to assess students based on objective measures such as what they actually know and can do because, thanks to COVID-19, different kids had different access to the technology necessary for remote learning, some students had to help out at home while others could focus exclusively on studying and, frankly, distance learning came easier to some students than to others. (The fact that the quality of remote learning varied wildly not just from school to school, but grade to grade and even class to class wasn’t addressed.)

Since, per the DOE, it stood to reason that students with limited access to technology, limited time to study and difficulty adjusting to Zoom-based learning would be low-income students and/or students of color, it also stood to reason that dropping objective standards and, instead, doing evaluations based on subjective metrics like “motivation” and “academic integrity” would go a long way toward achieving equity, diversity and inclusion for those who needed it the most.

But is that an accurate assumption? Just as the DOE was rolling out it’s new grading policy, a study in Education Next on “How to Reduce Racial Bias in Grading” (a goal NYC can indubitably get behind), reported:

Research does not show current forms of anti-bias training to be especially promising in changing behavior. There is, though, a relatively straightforward, if often overlooked, way to diminish the impact of teachers’ racial biases in student evaluation: standardizing grading rubrics…. My experiment found that teachers gave the white student better marks across the board — with one exception. When teachers used a grading rubric with specific criteria, racial bias all but disappeared. When teachers evaluated student writing using a general grade-level scale, they were 4.7 percentage points more likely to consider the white child’s writing at or above grade level compared to the identical writing from a Black child. However, when teachers used a grading rubric with specific criteria, the grades were essentially the same.

What’s that now? A standardized way to grade students applying the same specific criteria for all actually proved more beneficial to students of color than letting teachers subjectively assess such difficult-to-define qualities as equity, motivation and academic integrity?

You mean it controlled for teachers’ (possibly unacknowledged) racial biases, took out the option of them lowering a student’s grade because they disagreed with them morally or politically and kept “good” students from earning higher grades than “troublemakers” (those who ask too many questions and don’t instantly swallow everything they’re told without a fight, much less call teachers out for being wrong; yes, I was one of those kids — yes, I gave birth to another) as long as the objective quality of their work was the same?

You mean it was more likely for students of color to come out on top in a standardized grading system than in one that left class ranking to the whims of individual teachers applying vaguely defined standards as they saw fit, without any accountability or need to justify their decisions?

You mean a standardized assessment might actually do a better job of delivering equity than the $23 million worth of anti-bias training we’d been assured would not only bring the above to NYC schools but was, frankly, a “matter of life and death?”

A pandemic is also a matter of life and death. And NYC families are struggling. Their schools are being opened and closed on a whim. There’s been no word yet on admissions for 2021.

Wouldn’t it be nice if, in the middle of all this uncertainty, we were given one thing we could count on? A grading rubric with specific criteria that applied equally to everyone? One that’s also been proven to advance equity, diversity and inclusion, to boot?

When put that way, how could the NYC DOE possibly say no?