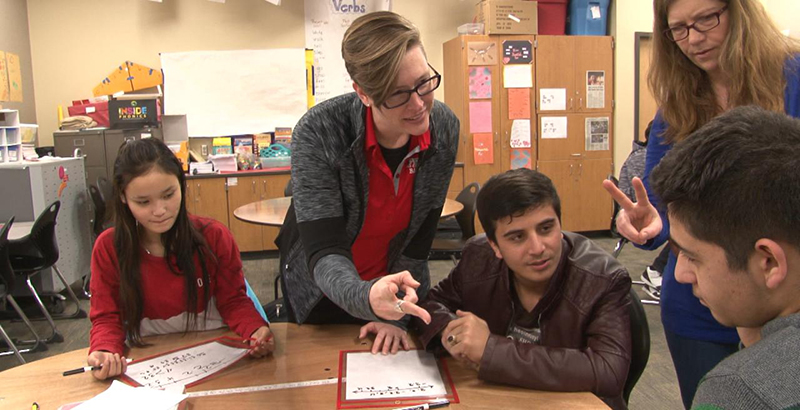 Mandy Manning, a teacher of refugee and immigrant students in Washington state, plans to spend her term as 2018 Teacher of the Year encouraging schools to give students and their teachers a way to explore new experiences and build a stronger community.

Both students and teachers should have “opportunities to seek out things that are outside of their understanding and their perceptions,” she told The 74 Friday morning, shortly after her win was announced on CBS This Morning.

Students should have opportunities to “build connections,” something that tends to fall by the wayside after the early grades, she added. 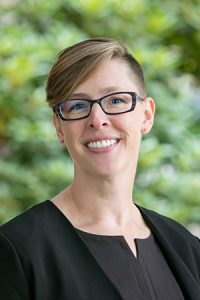 “We do that very well in the lower grades … We tend to then become super, super academic-focused, and while that is important … it’s even more essential that we also have connected community members who are able to reach across differences and collaborate with one another and communicate with one another,” she said.

Manning teaches English and math to high school students in the Newcomer Center at Joel E. Ferris High School in Spokane, Washington. Since Donald Trump’s 2016 election and dramatic policy changes that have created a more hostile environment for immigrants and refugees, it’s become more important than ever for Manning to make sure her students know they’re welcome, she said.

Thousands of Miami Students Could Be Ousted From U.S. as Trump Ends Protections for Haitians

“It’s really made me even more intentional in the creation of a classroom environment that communicates to my students that they are wanted, that they are loved, that they are capable, and that I believe they are going to be wonderful members of our community,” she said.

Government leaders like Trump and Education Secretary Betsy DeVos should know that the students she teaches are “focused and dedicated,” Manning said.

“They are here because this is where they landed. They will do everything they can to become successful members of our community, and they will contribute to making our society stronger and more beautiful,” she said.

74 Interview: ‘Newcomers’ Author Helen Thorpe on a Year in the Life of America’s Refugee Students — and Why Public-Private Partnerships Are Essential

The other Teacher of the Year finalists were Amy T. Anderson, an American Sign Language teacher from southern New Jersey; Kara Ball, an elementary school teacher at the Department of Defense Education Activity at Camp Lejeune, North Carolina; and Jonathan Juravich, an elementary school art teacher in Powell, Ohio.

The Council of Chief State School Officers administers the annual program, with the winner chosen by a committee of education advocates. The Teacher of the Year award dates back to 1952.

Manning didn’t set out to be a teacher, she said.

She studied filmmaking in college but realized her personality wasn’t suited to it. She worked briefly as a paraeducator in a special education classroom before joining the Peace Corps and teaching English as a Second Language in Armenia.

When she returned, an aunt encouraged her to try her hand at teaching in Texas, and she was hooked.

“From that first day in the classroom, I was sold,” she said.

She also taught in New York and Japan before coming to Spokane 10 years ago.

Last year’s winner, Sydney Chaffee, a high school humanities teacher from Massachusetts, was the first-ever honoree from a charter school. She focused on equity and justice issues.