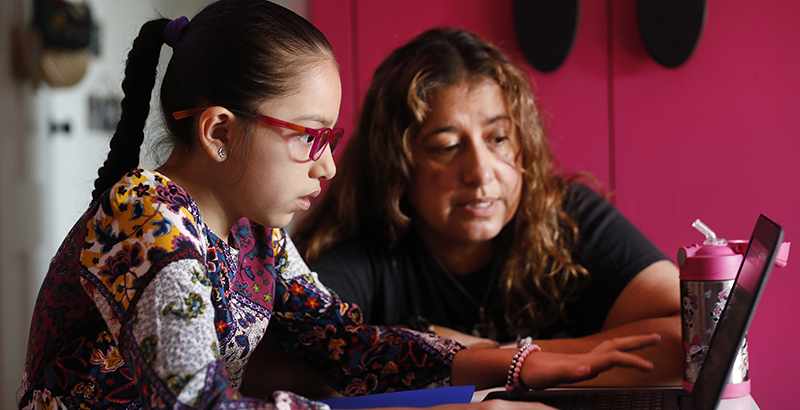 States didn’t have student performance data to report from the 2019-20 school year because tests were cancelled. But many also left the public in the dark about how many days of school pupils missed or which students were less likely to graduate, according to a new report on state report cards.

Nineteen states either failed to break down graduation rates by race and ethnicity or didn’t report rates for groups such as special needs, low-income or homeless students, the Data Quality Campaign’s review shows.

“When we talk about the drop in students enrolling in community college, or any postsecondary option, all of those data points start with high school graduation,” said Paige Kowalski, executive vice president of the nonprofit organization. It’s important, she added, to have evidence of the pandemic’s higher toll on low-income and minority students. “We just had so little data about what was happening in schools.”

The federally mandated report cards are the primary way states make complicated school-level education data accessible to parents and other members of the public. Each year, the nonprofit releases which states it thinks are doing a good job of making the information easy to find and understand. Leaders say despite the pandemic’s disruption in testing — and waivers from the federal government dropping accountability requirements — states could have used their report cards to give families more insight into why some data is missing or to report on students’ access to at-home internet access. But most didn’t.

“Why do we continue to rely on Congress to tell us what we need to know?” Kowalski asked. “States did not use this as an opportunity to provide more information. They chose not to use it to shine a light.”

According to “Show Me the Data,” just nine states posted the percentage of students missing at least 10 percent of school last year. Another 26 reported chronic absence data from previous years or didn’t specify the year.

Hedy Chang, director of Attendance Works, a research and advocacy organization, said she suspects many state officials felt their 2019-20 data wouldn’t be accurate once students shifted to remote learning or that it wouldn’t be comparable to previous years.

“Districts were really confused about whether to take attendance or not and how,” she said, but added that states could have added an explanation rather than not release it at all.

Almost half of the states didn’t include all of the data required on educators, such as those teaching out of their field or those with emergency credentials. And many states still aren’t reporting results for at least one group of students, which Kowalski said will be important in the future to track which groups of students at each school were most affected by the pandemic and distance learning.

For example, even if they collect it, 13 states still don’t break down data by gender on report cards. Kowalski said teens in general have gone to work or picked up more responsibility at home to help families facing economic hardship. But, she added, it’s not “a stretch” to assume older girls assumed more additional household duties than boys and cared for younger siblings so their mothers could stay in the workforce.

The Pandemic Forced Millions of Women Out of the Workforce. That’s a Problem Not Only for the Economy, But Their Children’s Lifelong Success

Some states provide links on their report card websites that lead to additional information, but Kowalski said those looking for data shouldn’t have to hunt for it.

“To ask anyone, let alone a parent, to dig through and Google multiple websites and cobble together a full, robust picture of what happened in a school is absurd,” she said.

A few states tried to put the results in context instead of cutting back. Pennsylvania and Iowa used their annual report cards to be upfront about what was missing — and why — or point readers to waivers from the federal government showing which data wasn’t required.

And North Dakota posted the number and percentages of students in virtual, hybrid or in-person learning, long before the U.S. Department of Education started its own tracker a year after the pandemic began.

“When COVID hit, everything changed,” said Roemmich. “We knew that someday, the federal government would probably ask us which schools were face-to-face, hybrid or remote.”

Kowalski noted that just because states couldn’t hold schools accountable for results didn’t excuse them from reporting other data mandated by law — including per-student spending for each school. Several states made progress on that requirement, which went into effect last year. Thirty-six states reported the spending data for 2019-20, up from 19 the previous year.

Last year’s report cards likely won’t provide a lot of information on how states are directing federal relief funds. But Marguerite Roza, director of the Edunomics Lab at Georgetown University, said going forward, the per-pupil spending data will help the public track whether districts direct funds toward schools serving the neediest students. “There will be a financial footprint to this,” she said.

Kowalski said she’d like to see all states add information on students’ access to devices and Wi-Fi to their report cards.

“We already knew devices were important,” she said, but added that during the pandemic, a computer and a reliable connection “became school.”