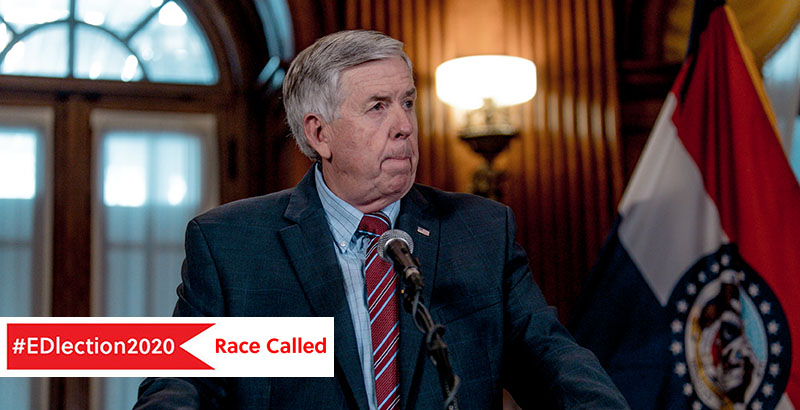 The former lieutenant governor, Parson was appointed to the state’s highest office in 2018, following the resignation of Eric Greitens. A veteran of both statehouse chambers, Parson ran a campaign that was closely aligned to President Donald Trump’s.

Accordingly, in July, as Trump demanded that schools reopen throughout the country, Parson argued strongly that students should return to in-person classes in the fall. “These kids gotta get back to school,” he said in a radio interview that drew national attention. “They’re at the lowest risk possible and if they do get COVID-19 — which they will, and they will when they go to school — they’re not going to the hospitals, they’re not going to have to sit in doctors’ offices; they’re going to go home, and they’re gonna get over it, and most of it all proves out to be that way if you look at the science of it.”

Parson did not, however, order schools reopened, saying the decision should be made locally, by district officials. Similarly, he did not issue a state mask mandate or social distancing requirements. As the coronavirus ravaged Missouri, Parson’s approval rating slipped and the race narrowed.

In September, Parson and his wife were both diagnosed with the COVID-19. Neither became ill.

Galloway, by contrast, favored more state guidance on when and how schools could reopen, faulting the governor for acting too slowly at the start of the pandemic. “He waited to order the schools to close until all of them already had,” she said during an August speech. “Then, he spent the next three months doing nothing to prepare for them to reopen.”

The 74’s Kevin Mahnken examined the contest in August. You can read his analysis here.