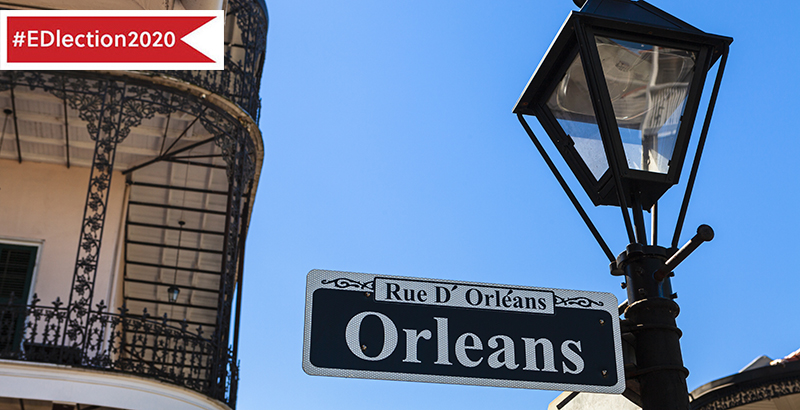 In an outcome that wasn’t entirely unexpected, just two winners were declared in yesterday’s Orleans Parish School Board contest. All seven board seats were on the ballot, which drew some 20 candidates. The winners of the remaining five races will be determined in a Dec. 5 runoff.

The election has been depicted as an inflection point for NOLA Public Schools, the rechristened district that, in an evolving effort closely tracked by the education policy world, oversees a system nearly entirely made up of charter schools. The board sworn in in January will have limited power — a tension that was at the center of several of this year’s campaigns.

First appointed to the board in 2015 and reelected as an incumbent the following year, District 1 representative John Brown Sr. captured 52 percent of the vote, beating out Patrice Sentino, who is a critic of New Orleans’s school reforms of the last 15 years. A 30-year educator, Brown has a reputation for building consensus and had a broad array of endorsements.

Because the district’s chief role is to act as the authorizer of the city’s public charter schools, one hot-button issue that drove a number of this year’s candidates to seek office was the likelihood of school closures. An intricate set of performance requirements hammered out by the last board spells out whether a school’s permission to operate should be extended when its charter is due for renewal.

Ultimately, the decision to close a school is made by the district superintendent. If the board wants to overrule that decision, a supermajority is required. The law that spells out this balance of power was challenged in the state legislature in the weeks leading up to the election. Sentino, who lost last night’s District 1 race, wanted to see the law overturned.

With three of the architects of the school autonomy-for-accountability system stepping away from board service, outspoken critics stepping up and the suspension of last spring’s end-of-year assessments — a linchpin of the decision-making process — the new board will be in uncharted waters.

Only one of four incumbents won reelection outright last night. An incumbent appointed to fill a vacant seat came in third and will not advance to the runoff. New Orleans’ nonprofit news outlet The Lens has a detailed breakdown of the seven individual contests.