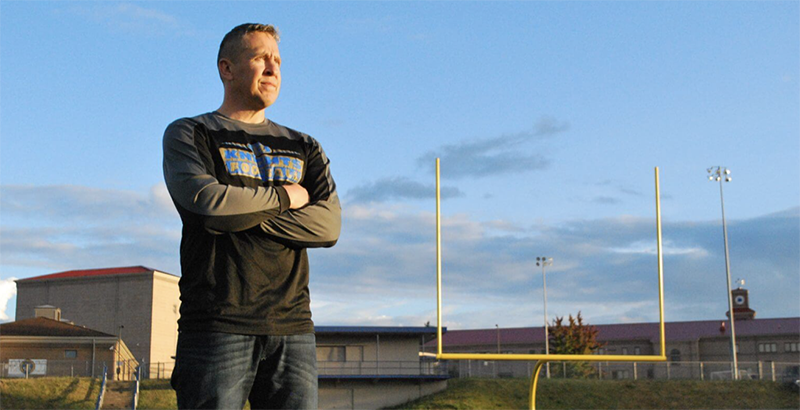 The U.S. Supreme Court will hear the case of a Bremerton, Washington, high school football coach who was fired after he refused to stop holding post-game prayers on the field. Joseph Kennedy sued his school district in 2016, claiming officials denied him his constitutional right to religious freedom.

The district said students felt pressured to join Kennedy’s moments of prayer. They argued that because the coach was on the job, officials would have appeared to be endorsing the activity, putting them at risk of violating the First Amendment’s separation between church and state.

The decision to hear Kennedy v. Bremerton School District puts yet another case on schools and religion before the court’s conservative supermajority. The court has already heard oral arguments this term in a Maine lawsuit over public funding for private religious schools. At stake in Kennedy is the extent to which public school employees can practice their religion at work. Attorneys for the district said officials were protecting students’ religious freedom by ending what one called a “pray to play” arrangement. But Kennedy’s legal team warns that a decision in favor of the school district could make any expression of religion at school, such as wearing a yarmulke or bowing one’s head in the lunchroom, grounds for dismissal.

“There is clarity that the court really needs to provide here,” said Jeremy Dys, an attorney with First Liberty Institute, a nonprofit law firm representing Kennedy. “There’s always tension between the administrators trying to stamp out religion, and coaches and teachers who want to engage in their religious beliefs.”

This is the second time Kennedy’s case has reached the high court. The court opted not to hear it in 2019 because the facts regarding Kennedy’s dismissal were unclear. But even then, four justices — Samuel Alito, Clarence Thomas, Neil Gorsuch and Brett Kavanaugh — signaled that they would be open to hearing it in the future, saying the lower court’s “understanding of the free speech rights of public school teachers is troubling.”

That invitation could bode well for Kennedy this time around, said Joshua Dunn, a political science professor at the University of Colorado, Colorado Springs.

“My initial reaction is that the court is going to side with Kennedy since some of the justices already laid out the legal roadmap for him a couple years ago,” he said.

Dunn wrote in 2019 that should Kennedy get another shot, the case could lead to a decision that “moderately” expands educators free speech rights or to a “truly landmark” ruling regarding how far governments have to go to accommodate employees’ religious practices.

Since then, a sixth conservative, Justice Amy Coney Barrett, has joined the court, leading some public school supporters to agree that the justices will lean Kennedy’s way.

“I think, given the makeup of the court and their decisions thus far on religious freedom, that the district will not be successful,” said Sasha Pudleski, advocacy director at AASA, the School Superintendents Association. “But I hope I’m wrong.”

In 2020, the court ruled in Espinoza v. Montana Department of Revenue, that excluding a religious school from a tax credit scholarship program simply because it was religious was unconstitutional. Last year, the court ruled unanimously that a Catholic social services agency, had a right to exclude same-sex couples from becoming foster parents. And while the court has not yet ruled in the Maine religious school choice case, conservative justices appeared ready to side with the plaintiffs during oral arguments in December.

The Kennedy case gives the court another chance to weigh in the issue of religious freedom. But the Bremerton district argues that students’ religious freedoms were compromised, not Kennedy’s.

“No student should ever be made to feel excluded — whether it’s in the classroom or on the football field — because they don’t share the religious beliefs of their coaches, teachers or fellow students,” Rachel Laser, president and CEO of Americans United for the Separation of Church and State, which represents the district, said in a statement. “This case is about protecting impressionable students who felt pressured by their coach to participate repeatedly in public prayer.”

The district offered to give Kennedy a private space on campus to express his Christian beliefs, which included giving thanks after games. But Kennedy turned them down and publicized the fact that he was going to continue his prayers.

For that reason, the district argued that the coach “was not engaging in private prayer, but was instead engaging in public speech of an overtly religious nature,” according to the lawsuit.

The 9th Circuit Court of Appeals, ruling in favor of the district, looked to a 2006 Supreme Court decision, Garcetti v. Ceballos in making its decision. In that case, the court said governments can discipline public employees for what they say while they are performing their jobs.

Laser, with Americans United, urged the Supreme Court not to “fall for” the argument that Kennedy was praying silently.

But First Liberty Institute, in its appeal to the court, argued there’s a difference between government speech and private speech, and that Kennedy was still engaging in personal prayers. To suggest that everything Kennedy did while at work was government speech, they wrote, is an “overbroad job description” that other courts have rejected.Republican attorneys general from 24 states agreed. In a brief, they predicted “grave effects on public employees and employers alike, especially within the realm of public education” if the lower court ruling stands.