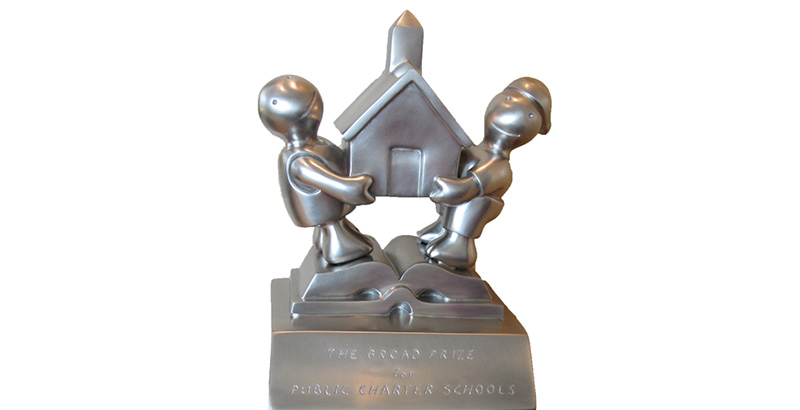 The trio of contenders for the $250,000 prize are Achievement First, which serves students across five cities in Connecticut, New York, and Rhode Island; Denver-based DSST Public Schools; and Uncommon Schools, which has campuses in Massachusetts, New York, and New Jersey.

The winner will be announced at the National Alliance for Public Charter Schools’ conference in Austin, Texas, on June 18. The prize money is designated to assist with college readiness efforts.

DSST last year celebrated its 10th year of 100 percent college acceptance for its graduating seniors, and it has turned its focus to expanding beyond Denver proper and ensuring its students enroll in the right colleges and complete their degrees.

Achievement First, which borrowed practices from other top performers, and Uncommon Schools, the effort of four entrepreneurs that launched in 2005, are among the charter networks beating the odds for college graduation for low-income students.

The selection of repeat finalists — as well as a previous winner — shows that “great public charter networks can sustain academic achievement over the years,” Gregory McGinity, executive director of the Broad Foundation, said in a release.

The announcement, usually made in May of each year, was postponed because of the delayed release of the data used to determine eligible finalists, NAPCS said in a statement. To be eligible for the prize, charter groups must have been serving 2,500 students at five or more schools as of the 2015–16 academic year. At least 40 percent of students must be eligible for free or reduced-price lunch, a measure of poverty, and at least a third must be students of color.