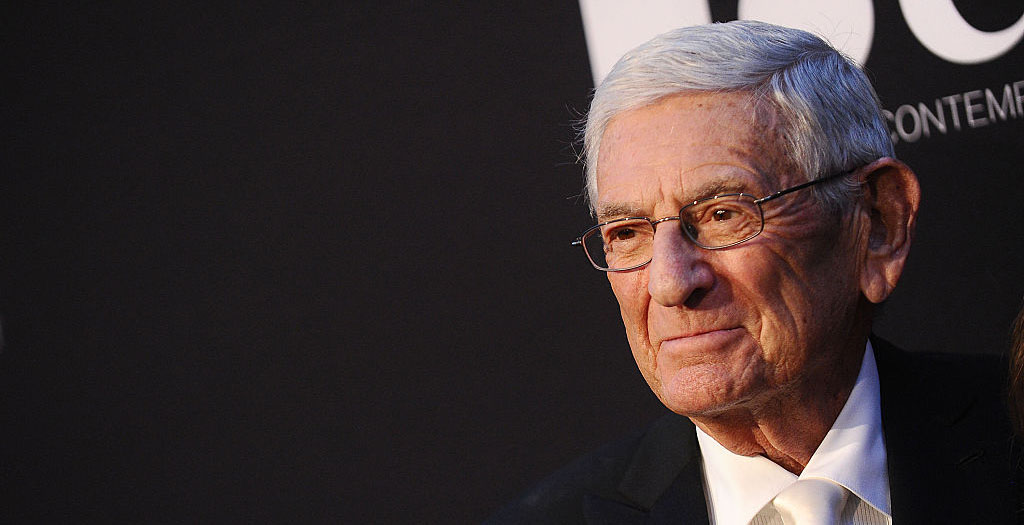 Eli Broad attends the 2016 MOCA Gala at The Geffen Contemporary at MOCA on May 14, 2016 in Los Angeles, California. (Photo credit: Jason LaVeris/FilmMagic)

Broad, who is 84, wants to spend more time with his family, according to a release from The Eli and Edythe Broad Foundation. The Broads have given away more than $4 billion to education, health and science research, and contemporary-arts causes. They’ve pledged to give away 75 percent of their wealth.

Broad considers money given to education and medical research his biggest accomplishments, he told The New York Times, which was the first to report the news. The Broad Foundation has also supported The 74.

Broad has long backed charter schools and other public education reforms. The Broad Foundation’s education grant recipients include some of the most prominent organizations in education reform, from Teach for America to KIPP to Harvard University.

“The problem [of failing American public schools] is immense. The solution must be big enough to match it. But there is good news. It is possible to challenge the status quo while honoring good teachers and defending public education,” Broad wrote in a 2012 Education Week commentary titled “Never Let a Good Crisis Go to Waste.”

Steve Barr, founder of Green Dot Public Schools (a Broad grantee) Tweeted on Thursday night that Broad is a “hero” and thanked him for “bringing hope, love, and results” “on behalf of thousands of scholars” from Los Angeles.

On behalf of thousands of scholars from Lennox, Inglewood, Boyle Heights, S.LA, Venice, and Watts, thank you bringing hope, love and results

From 2002 to 2014, the foundation awarded the Broad Prize for Urban Education, which gave scholarships to graduating seniors from top-performing districts, including Houston, Boston, and New York City.

In 2012 the foundation launched the Broad Prize for Public Charter Schools, a $250,000 award for college readiness to a charter network helping low-income students and children of color succeed. This year’s winner was Success Academy in New York.

Unions picketed the opening of the Broad Museum in downtown Los Angeles in 2015 and later planned protests citywide against the “Great Public Schools Now Initiative,” which sought to raise philanthropic dollars to add 260 charter schools in Los Angeles that would enroll half of the city’s students. Opponents called it the “Broad-Walmart plan.”

Alex Caputo-Pearl, president of United Teachers of Los Angeles, told the Los Angeles Times that Broad supported a sector “that only serves some kids and that financially undermines our neighborhood schools.”

This year, Broad has not shied away from criticizing the Trump administration. He urged senators to vote against confirming Education Secretary Betsy DeVos, criticized the sharp education cuts in the administration’s budget proposal, and encouraged the president and Congress to continue protections for recipients of Deferred Action for Childhood Arrivals, which offered immigrants brought to the country as children without documents temporary legal status so they could attend school or work.

Disclosure: The Eli and Edythe Broad Foundation funds The 74.