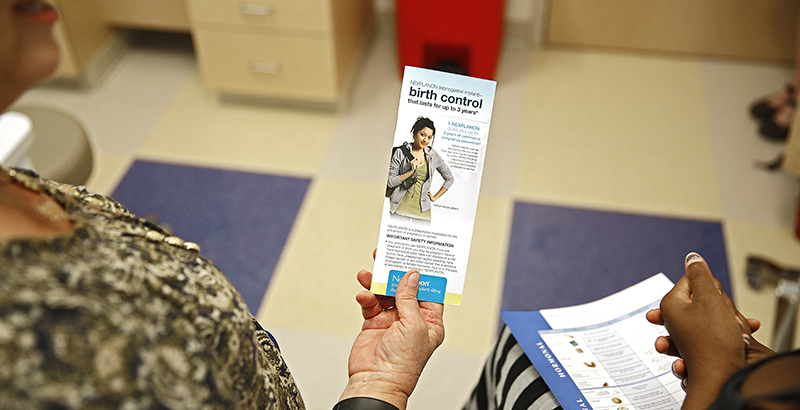 Under normal circumstances, the president’s signature would signal the program’s fate is secure. But last year, the Department of Health and Human Services (HHS) notified the program’s 81 grant recipients, including research universities and health services agencies, that the program would be axed at the end of June 2018 — cutting short the five-year initiative by two years. Officials said the surprise move was highly unusual and prevented researchers from reaching definitive conclusions about the program’s effectiveness.

But the unusual decision to terminate the program, even as Congress continues to appropriate funds for its work, may have been politically motivated, according a trove of internal emails and memos obtained by Democracy Forward, a left-leaning nonprofit legal group.

Obtained through a Freedom of Information Act request, the records show that three Trump appointees sparred with HHS career employees who said they were cut out of the decision-making process and instructed to “get in line” with plans to terminate the program. Among the appointees who led the charge were a prominent abstinence education advocate and an anti-abortion lobbyist.

In its decision to terminate the program, the agency is “prioritizing politics and ideology above science and the wellbeing of women, girls, and families throughout the country,” said Skye Perryman, senior counsel at Democracy Forward.

The group alleges the agency’s abrupt decision to terminate the program violates the federal Administrative Procedure Act, which prevents government agencies from making arbitrary decisions. The decision was also made outside the normal budget process against the will of Congress. The fact that lawmakers continue to allocate money for the initiative bolsters the argument that HHS officials have acted unlawfully, Perryman said. Among those who applauded the continued funds is Patty Murray, a Democrat from Washington who, in a statement to PBS NewsHour, said Congress would continue to hold the Trump administration “accountable for everything it is doing to undermine these important investments and interfere with women’s access to care.”

“Congress has made it clear that money is to go to evidence-based teen pregnancy programs” but the Trump administration cut the teen pregnancy grants “hastily and without explanation,” Perryman said. Executive agencies are “not allowed to act arbitrarily, capriciously, or contrary to their own regulations,” and must provide a reasoned explanation for their actions, she said. But “no such explanation was given to any of the grantees” indicating the rationale behind the program’s termination.

The move comes as the American teen birth rate hits its lowest point since 1940. In 2016, the teen birth rate dropped to 20.3 per 1,000 young women ages 15 to 19 — a 67 percent drop since 1991, according to the latest National Center for Health Statistics data. The drop in teen pregnancies has been attributed to several factors, including wider contraceptive use, a decline in sexual behavior among teens, and even a decline in lead exposure.

The decision to eliminate the grant program has spawned several federal lawsuits, including one by the city of Baltimore. The Baltimore health department had received an $8.6 million grant to provide teen pregnancy education to the city’s middle and high school students. As a result, Baltimore youth will no longer have access to an evidence-based curricula, “creating a vacuum of critical health education for vulnerable youth,” Leana Wen, the Baltimore City health commissioner, wrote in The Hill.

Responding to the lawsuit, the Department of Health and Human Services has agreed to set aside funds for the city of Baltimore and other plaintiffs through August, NBC News reported. Although funding to the grant recipients will be cut at the end of June, the government said it will wait to redistribute the funds to unrelated government initiatives while litigation is pending.

Last August, a coalition of public health officials from America’s 20 largest cities called on then-HHS Secretary Tom Price to reconsider the cuts. The move, they wrote in a letter, “will not only reverse historic gains made in the U.S. in reducing teen pregnancy rates, but also make it difficult to truly understand what practices are most effective in communities across the nation.”

Mathematica Policy Research was commissioned to study program effectiveness, but the funding was slashed before those reviews were completed, though preliminary evaluations found some programming improved teens’ awareness of sexually transmitted diseases and their attitudes toward safe sex.

An HHS spokesperson didn’t respond to a request for comment. In a factsheet released last August, the department said the grant program was a waste of taxpayer money, and that 73 percent of evaluated projects “had no impact or had a negative impact on teen behavior, with some teens more likely to begin having sex, to engage in unprotected sex, or to become pregnant.”

Should Congress continue to fund the program, the agency said in the August news release, “decisions by the Department will be guided by science and a firm commitment to giving all youth the information and skills they need to improve their prospects for optimal health outcomes.”