Williams: 30 Years Ago, Alexandria Ocasio-Cortez’s Parents Made a Difficult School Choice. Now Her Cousin May Have to Do the Same 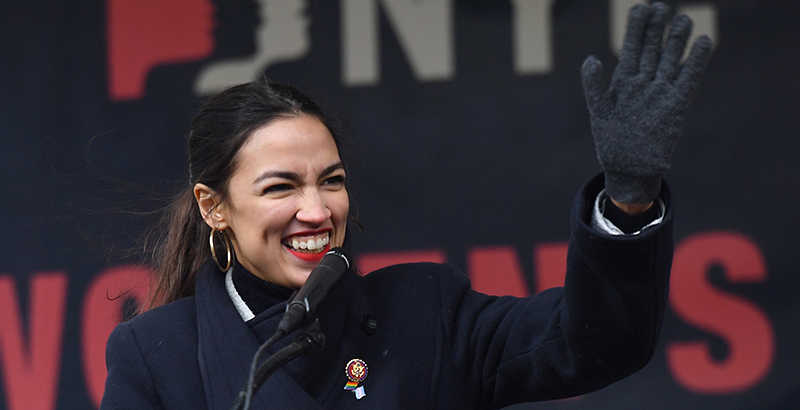 The education world is still aflutter over Rep. Alexandria Ocasio-Cortez’s recent education comments at a town hall event in Queens. The first-year congresswoman’s directness makes her one of the Democratic Party’s most dynamic voices; she has a knack for cutting through political tangles and scrambling conventional wisdom.

Ocasio-Cortez’s voice is particularly powerful on education issues, since her autobiography reads like one of those great American sagas, except that it’s pocked with the typical American sins. It’s one thing to speak abstractly about public education as the great American equalizer, as “the only valid passport from poverty,” as a core element of democracy. It’s quite another to speak honestly and transparently about how your public schools served you in that mission — warts and all.

Ocasio-Cortez was born in the Bronx, but, as she said at the town hall, her parents “felt like they had to choose between their community and a quality school, a quality public school. That’s how they felt back then, in the late ’80s and early ’90s. … And so, given that set of incentives, my parents did move. My parents moved. My father didn’t want to. Because my father was a Bronx boy, born and raised. And so I moved and my whole family, our whole family chipped in for a down payment about 30 or 40 minutes north in Westchester.”

The schools there were good. Ocasio-Cortez worked her way through and eventually wound up in college. But she also picked up a few valuable lessons about the structural biases built into American public education. Her native language, Spanish, was treated as a problem to be hammered out of her. “I grew up with being told in school that I needed to learn how to speak American,” she told the crowd, as she described a high school history class where her teacher and classmates emphasized the importance of assimilating to a single, monolithic culture. “That wasn’t just about feeling or identity,” she explained. “It’s about how we value ourselves and who we are taught to value in America.”

By the time she finished college and returned to the Bronx, she found that her cousins who had stayed in the neighborhood where she was born “had completely different outcomes than I had.” They were beginning to work through school options for their own children, and, in Ocasio-Cortez’s telling, little had changed. “I saw that instead of being incentivized to go an hour north to a public school somewhere else, now we’re being incentivized to enroll in a charter school, because the public schools in Hunts Point didn’t feel good enough to my cousin,” she said. “We should never feel that way about our public schools. And the moment that we start feeling that way is when we should start fighting to improve them, not to reject them.”

It’s impossible to know whether her path would have been different if one of her cousins had moved to Westchester and she had stayed in the Bronx. But, in her own presentation, her family’s school choices seem consequential for her trajectory. Their paths diverged; hers led to Congress. Their different schools weren’t the whole story. But they were there, mattering.

When it comes to improving, fighting and rejecting public schools, there are two questions. First, how can we, the community and the country, Make All Schools Good? Second, how can we, families of particular children, make sure our kids get the best education that they can right now, this school year, this one shot they get at kindergarten? Ocasio-Cortez demands that we engage both.

That is, as I write this, millions of children are in school in classrooms across the country. They’re sitting with their peers and working with their teachers. Ocasio-Cortez is sadly right: The structural biases that sparked her parents’ choice to move to Westchester County (and that animated the classrooms she found there) still shape those children’s educations. White and wealthy students are still more likely to be in classrooms that prioritize their needs and validate their cultural backgrounds. Students from historically underserved student groups are still likely to be marginalized in a range of ways overt and implicit. Ocasio-Cortez’s cousins are still anxious about sending their children to the same schools her parents fled.

Tomorrow, these millions of children will get up again and traipse back to those same classrooms. Many of their families will, at some point, feel the pinch that Ocasio-Cortez’s parents felt decades ago (and her cousins feel today): They’ll worry that the public schools in their neighborhoods aren’t good enough. If their children are students of color, English learners and/or children of immigrants, they’ll probably be right.

Reread Ocasio-Cortez’s line about parental anxieties: “The moment that we start feeling that way [about public schools] is when we should start fighting to improve them, not to reject them.”

If, after 30 years, schools in Hunts Point haven’t improved to a point where area families feel confident sending their children, we should absolutely be furious. We should fight to improve them, even as we should wonder how much longer they’ll need and what sorts of changes they’ll make to warrant families’ trust.

But we should also be thoughtful about our message to parents in Hunts Point, across the Bronx, in New York City’s other boroughs and in other communities who are considering a move to a public charter school or Westchester County (or Montgomery County, Maryland; or Evanston, Illinois, etc.). Some of them have been waiting for 30 years. Some have been fighting to improve their public schools for 30 years. Some of them know these schools as former students themselves, and their reticence about them is authentic and wholly understandable.

“Our schools work best and our policy works best when it is informed by the experiences of parents,” the congresswoman said. When families choose to leave these schools, is that a rejection of public education? Or is it evidence that their experiences in those schools have finally driven them to stretch for that inconvenient commute to the charter across town or to pull together the money for the apartment in Westchester?

Conor P. Williams is a fellow at The Century Foundation. Previously, Williams was the founding director of New America’s Dual Language Learners National Work Group. He began his career as a first-grade teacher in Brooklyn. He holds a Ph.D. in government from Georgetown University, a master’s in science for teachers from Pace University, and a B.A. in government and Spanish from Bowdoin College. His two children attend a public charter school in Washington, D.C.