Whitmire: As School Districts Collaborate With Top Charters and Foundations, We’re on the Cusp of a Breakthrough in Guiding Low-Income & Minority Students to a College Diploma 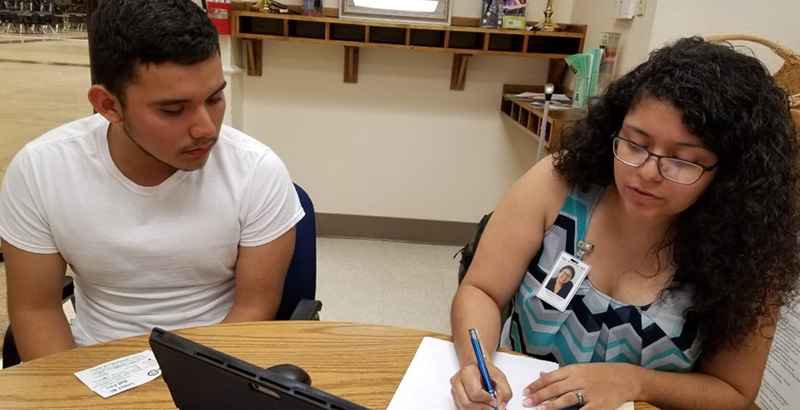 When I started researching The B.A. Breakthrough, I had no idea that a college admissions scandal would erupt, exposing how rich families can game the system — shenanigans low-income families can’t play. Nor did I know that the College Board would devise an “adversity score” to explain test result differences between have and have-not students.

It was impossible to know that U.S. News & World Report would tweak its college rankings system to reward universities that produce better-than-expected results with low-income students. I also had no idea that the Pew Research Center would update its college completion data to further reveal the problem: a vast increase in the number of low-income students seeking a college degree, but a near flatlining of those actually winning degrees.

These are not disconnected noises. These are important signals pointing to a struggle over the American Dream: In a time when widening economic gaps seem unclosable, is it still possible for low-income students to move up to the middle class?

Education is an imperfect vehicle for upward mobility, but it’s the best and probably only vehicle we’ve got. If these students can’t move up, what does that say about the future of the country?

Two years of research into that question leads me to this conclusion: There’s still hope for the American Dream. Yes, we’ve failed miserably in the past to ensure that low-income students have a crack at that dream, but there’s considerable hope this can turn around — especially with the increasing public attention paid to the problem. Explaining that optimism is what The B.A. Breakthrough is all about. (See the book’s microsite, and read select chapters, right here)

I’ve found that the best way to explain a book is to talk about why you started researching it in the first place. For me, that requires dipping back into previous research and writings.

This story starts with The Bee Eater, a book about Michelle Rhee and her run as chancellor of D.C. public schools from 2007 to 2010. I thought her reforms might be a last best chance to turn around a troubled urban district, and I wanted to be a witness.

When it became clear she was about to get the boot — the result of Adrian Fenty failing to win re-election as mayor — I not only had to move my deadline up by eight months; I had to change the way I looked at public education. So much for last chances — at least that’s how it looked at the time.

So I decided to investigate what charter schools had to offer students in low-income neighborhoods. As a narrative device, I chose to follow Rocketship Public Schools — a California charter network — for a year. At the time, Rocketship was a tiny organization with big, and seemingly impossible, ambitions: to grow at unprecedented speed and eventually solve the national achievement gaps.

Before the year was up, it became clear that Rocketship’s grandiose goal was fanciful. Some major wheels came off. Rocketship schools continue to do some great work, but Rocketship-scale solutions to our education challenges just aren’t happening.

But something interesting happened with that book. Rocketship’s challenges led me to look at what other charter networks had to offer, especially when it comes to college success. That’s what the network’s founders promised prospective parents: Sign up your kid, and the chances that child will earn a degree will vastly increase.

To figure out whether that promise was actually being fulfilled, I researched the struggles the networks endured trying to get there. Their initial college success wasn’t what they hoped it would be. But I also reported on their recovery and how they learned to truly boost those degree-earning rates.

Today, those big, well-established networks like KIPP and YES Prep, most of them in our largest cities, have alumni earning degrees at rates two to four times the national average for low-income students.

When I started researching a book on that topic, I quickly realized — with the help of higher education experts — that there was a lot more happening in this space.

Actually, there are three big things happening, all of them hopeful:

First, the charter networks have pioneered a breakthrough. And they are passing along lessons learned to a few traditional school districts that are brave enough to collaborate with charters.

Second, foundations are funding really smart college counseling that is offered in traditional high schools with low-income students —schools that lack those resources. The College Advising Corps comes to mind, but it is one of many such resources.

Third, pushes by groups such as the Aspen Institute’s College Excellence Program are showing progress. Universities are making first-generation students more comfortable on campuses, tracking their progress and stepping in when they need help. Elite colleges that never admitted community college transfers are changing their ways.

And it’s not just urban students. Recently I was in Virginia’s Shenandoah Valley and picked up a local weekly in Luray — the Pages News and Courier — to read a profile of a local student who, while at Luray High School, took dual credit courses at the local community college, and was going to Harvard on a full-ride scholarship. A white, rural student now part of the breakthrough.

What I find encouraging is that for the most part, these three threads are not controversial. Funding seems good for smart college counseling. Some big players, such as Bloomberg Philanthropies, are committed. The Aspen Institute is making good progress on its American Talent Initiative, and it’s clear from multiple reports that colleges are trying harder to ensure that their first-generation students succeed.

The only controversial leg here is the charter schools. Clearly, the progressive left has moved away from charters. The cap on charters is not likely to get lifted in New York, and a more serious moratorium on charters seems possible in California.

But even if there are setbacks, it’s too late to erase the record of what’s already happened with charter school alumni. Under a moratorium, the number of charter alumni will still grow, just not as fast as their founders had hoped. The college success rates experienced by those alumni will become additional facts on the ground.

Also hopeful: Already, some traditional school districts are collaborating with charter networks to help their alumni earn degrees, a trend likely to grow. Why would more traditional districts work with charter networks, when they usually view them as pernicious competitors? Because the districts will realize that collaborations are a win-win for them. They don’t lose any students to charters, and big funders are likely to step in to pay for expert college counselors. That’s what happened in San Antonio.

We’re clearly on the cusp of a breakthrough. The only question is whether we have the resolve to build on the groundwork set by foundations, charters and some pioneering districts and colleges to truly break through.

Richard Whitmire is the author of several books, most recently “The B.A. Breakthrough: How Ending Diploma Disparities Can Change the Face of America,” his sixth education book. Whitmire is a member of the Journalism Advisory Board of The 74.