When It Comes to Maximizing School Funds, Ed Talking Heads at Policy Event Trumpet Choice, Transparency and a Quick Game of ‘Would You Rather?’ 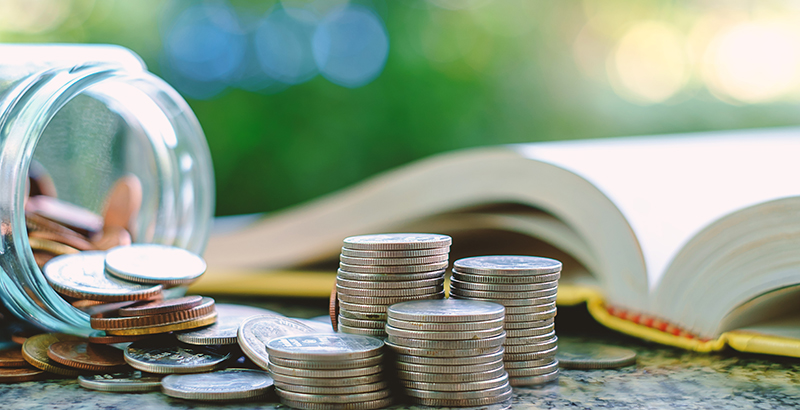 As teachers go on strike for higher wages and more school funding, and Democratic presidential candidates propose dramatically increasing federal education spending, experts at a D.C. panel Tuesday tackled a perpetual education question: How do we get better results for that money?

At a series of morning panels at the event, co-sponsored by the American Enterprise Institute and the Thomas B. Fordham Institute, experts discussed chapters they have written in a forthcoming book, highlighting specific ways to get more bang for the buck through the use of technology, or in special education, or in districts with declining enrollment.

And at the final panel, top U.S. Education Department official Jim Blew, who arrived late after rushing from the airport, discussed how choice should also be a discussion point in getting more value for the educational dollar.

“Every other sector of our economy has choice and competition which improves quality and drives down cost … And yet in our [education] system, even in these papers, we assume we’re not going to change that,” said Blew, the assistant secretary for evaluation, planning and policy development.

The federal government really shouldn’t play too big a role in figuring out how to get more value, he said, because it spends relatively little on education: Title I, the largest K-12 education program, equals only about $500 in additional spending per low-income child, he noted.

The administration, however, hasn’t been shy in talking up its position on choice. Education Secretary Betsy DeVos and top presidential adviser Kellyanne Conway were at AEI exactly a week ago to push for the Trump administration’s federal tax-credit scholarship program, which has attracted opposition from progressives and the far right.

Among the presentations that sparked the most interest was one from Marguerite Roza, director of the Edunomics Lab and professor at Georgetown University, who recommended using a “Would you rather?” test. Like the popular kids’ game that pits two equal, if implausible, scenarios against each other, the method pairs two equally costly education program options and asks participants to choose their favorite.

A teacher, for instance, might be asked whether she’d like a $5,000 raise but add two more students to her classroom, or keep class size and salary as they are. Principals might get to choose among another full-time specialist on staff or different summer reading intervention programs. At the most extreme, parents of young children might be asked if they’d rather receive a general lump-sum payment or enroll their child in a district pre-K program.

The “would you rather” method is particularly helpful in economic downturns, and it works best when there’s strong local autonomy, she said.

Such questions will likely grow in importance as key new school spending data are released in the coming months: The Every Student Succeeds Act will require all districts to publish per-pupil spending data at the school level.

The data will likely still be confusing for many parents, but among the things they will help highlight are the disparities in teacher salaries among schools, said Joanne Weiss, a consultant who previously worked in the Education Department during the Obama administration.

Newer, and therefore lower-paid, teachers tend to be concentrated in schools that serve low-income students, she said.

“We know this to be true. We are about to see it in the data. What does it mean, though? What the heck do we do about it?” she said. “The answers are not that clear and easy.”

From the department’s perspective, the data should be “a game-changer” and better help the public and policymakers follow the money, Blew said.

Though there are some good examples, overall, the ones that have emerged so far are disappointing, with information hidden deep in state education department websites, he said.

“We probably will be highlighting some of those [good examples] and maybe shaming some of the really bad examples. On the whole, we have to let people know there’s a reason why the establishment has obfuscated where the money’s going,” he added.

How to get better results from the same dollars is a perennial question, but transparency in funding data and increased pressure through choice should provide results that allow policymakers to avoid this once-a-decade debate, Blew said in response to an audience question.

“If our opponents are successful and keep school choice form expanding and keep obfuscating the data, I think we’ll be exactly where we were 10 years ago,” Blew said.