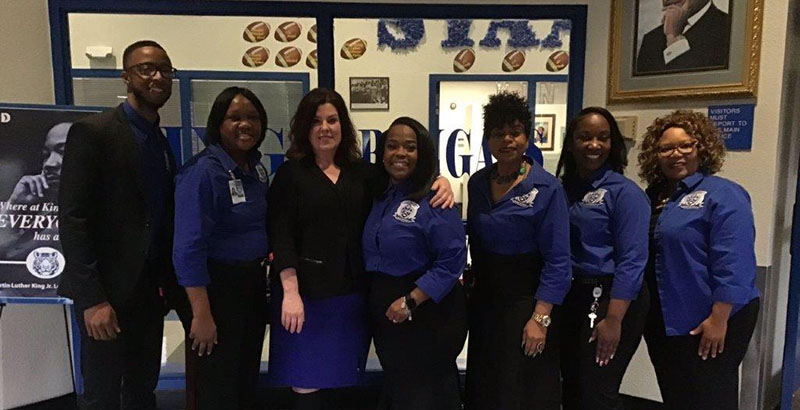 In this third chapter, we look at the impact that a highly-effective principal can have on a campus. Read the first two pieces here and here, and check back this week to read the final chapter here.

Rockell Stewart not only is a school leader; the educator knows the realities of her students’ lives. She grew up in the same Dallas neighborhood surrounding the Martin Luther King Jr. Learning Center. She knows from personal experience the impact that a solid educational foundation can have on a child’s future.

Ms. Stewart stood out as a leader before being named the principal at MLK at the start of the 2018-2019 school year. She had served as an assistant principal at nearby Billy Dade Middle School, one of the original ACE campuses. “We saw at Dade, one of the most challenging middle schools, how she embraced the mission that all can achieve at a high level with the right teachers, supports, and culture,” Jolee Healey, the head of the Dallas Independent School District’s ACE program, explained.

Just as Dallas’s ACE program and Fort Worth’s Leadership Academies depend upon strategically selecting teachers, the initiatives think carefully about the principals who lead their schools. They look for “high-growth” leaders who have shown they can improve student outcomes by improving instruction and school culture.

In DISD’s case, the district uses its Principal Excellence Initiative to identify “high-growth” principals, looking for campus leaders at the highest performance level. Interested principals may apply, and they meet with a DISD panel during the selection process. If selected, ACE principals receive a $15,000 increase in pay. Assistant principals receive $13,000 more in their annual stipend.

The first major task each ACE leader faces is finding the right talent for the school. When Ms. Stewart took over at the MLK Learning Center, she began interviewing prospective teachers. The result was the near-wholesale turnover that led to 20 of 27 teachers coming in new to MLK last year.

This level of turnover isn’t out-of-the-ordinary at new ACE campuses. When Laura Garza took over as principal of DISD’s Annie Webb Blanton Elementary School in the 2015-2016 school year, she hired an almost entirely new staff. The hard decisions paid off as Blanton became the early symbol of how the ACE fundamentals can redirect a school’s course.

At the end of the 2017-2018 school year, 82 percent of Blanton fifth-graders scored a “met grade level” on Texas’ math achievement test. The year before Garza arrived, only 15 percent of Blanton’s fifth graders earned that distinction. What’s more, their performance on the 2018 math exam trumped the 79 percent of fifth graders who “met grade level” at the nearby and affluent Highland Park Independent School District’s McCulloch Intermediate School.

Celebrating such successes is part of the ACE leadership strategy. At the beginning of a late spring Professional Learning Community meeting at the MLK Center, Stewart started with praise for the substantial growth fifth-graders had shown on a mock state reading exam.

During the discussions that morning, it was also clear that she knew the path of individual students. She takes their work home with her at night, so she is as current on their needs as the teachers. “We revisit data every day,” she explained.

Real-time knowledge of campus data and how to turn it into student progress is a major part of an ACE principal’s work. Each school leader must deeply know the instructional part of a campus’ work and handle the management of the school broadly.

For starters, they need to know how to effectively lead Professional Learning Communities. Great principals understand time is their most precious resource. They use meetings to add value to teacher practice and student learning. In the case of PLCs, this means staying focused and thoughtfully using data to improve instruction. 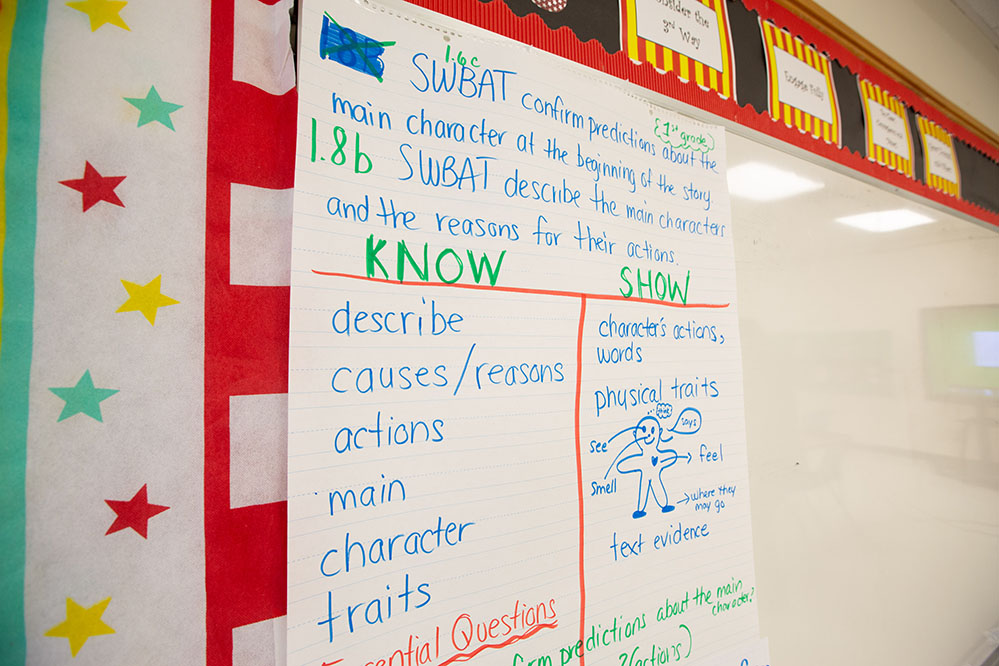 The good news is the data sessions are drawing attention around the district. Stewart reports that 30 DISD principals visited the MLK Learning Center during the last school year. They came to see how the school drills down into various academic results and use the information to improve instruction and learning.

She also points to MLK’s work on creating a positive culture as a reason for its progress. “My No. 1 goal is for scholars to have joy,” she explained, “along with rigor and learning.”

Rhines in Fort Worth came to her position at Como Elementary after being in the community, too. She had led the school for two years before it became a Leadership Academy.

Como’s transition did not go smoothly at first for all parties. About 10 percent of the teachers were rehired, but the extra commitments the Leadership Academies require prompted some teachers, including longstanding ones, to leave. Ms. Rhines worked hard to solidify community trust in the new mission and the school’s culture. In fact, she said last spring, not one parent complained about the changes.

Leading complex organizations — like ACE campuses or Leadership Academy schools — requires that the principals serve as ambassadors and advocates for their campuses and students in addition to improving instruction and culture. They must form bonds with parents, students and teachers, and they also engage with the larger community around their schools. Their mission to transform their schools and give students a life of purpose, mobility and agency does not happen behind closed doors.

Teaching Trust, the North Texas nonprofit, provides experts who work with leaders like Stewart and Rhines. They help provide research-based proven instructional and school management practices, including the work of experts like Paul Bambrick Santoyo, who focuses on data-driven instruction and improvement.

They also collaborate on “coaching in the moment,” which is one of the key skills for both ACE and the Leadership Academy Program educators. “Principals become coaches who help teachers grow. And the work is reciprocal. Teachers help principals grow,” explained Healey. “When schools embrace growth and highly value learning, the adults also are growing.” 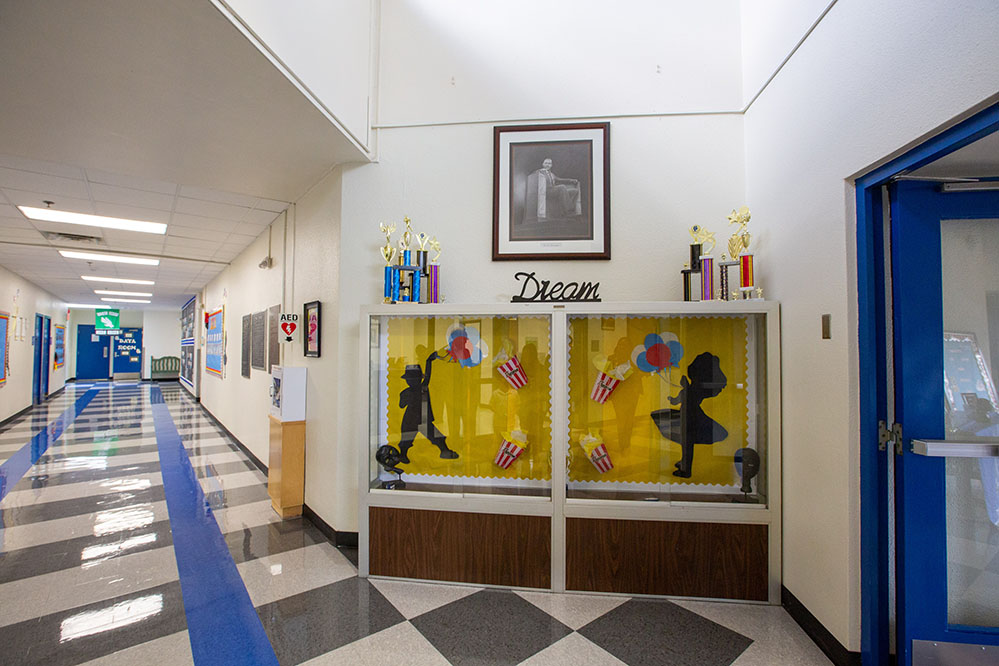 The Commit Partnership, the North Texas education intermediary, works with ACE and Leadership Academy schools as well. Through a partnership with the Communities Foundation of Texas and Best in Class, Commit convenes a meeting of ACE campus leaders every other month. This includes leaders from all districts across Texas that have an ACE program. (This fall, eight more districts will operate their version of the ACE program.)

Garrett Landry, a former DISD school official who serves as director of Best in Class, describes these ACE Learning Community sessions as an opportunity to build relationships and learning among school leaders. Along with visiting a local ACE campus, Landry reports the participants “learn from peers about using data, improving instruction, working with parents, and leading schools.”

He also points to the emphasis on social-emotional learning that these initiatives incorporate into their curriculum. The building of resilience is a part of the larger efforts to support students’ academic success.

For example, ACE schools create “houses” within each school that can earn bonuses like a free dress day for meeting a metric like coming to class on time. As the year progresses, the metrics get harder to meet as they are aligned to student growth goals and other milestones determined by teachers and principals. Leaders in the schools often talk about creating “joyful” places to learn, where successes are celebrated.

In short, the principals must create a new culture on their campuses. As Rhines said, that is one reason Como’s relaunch got buy-in from parents.

The steady work of these schools is why the ACE model is also gaining attention around Texas. The leaders of the Texas Legislature’s two education committees focused on the program during the 2019 legislative session. Districts around the state are developing ACE-like programs, supported by a new Texas law that offers districts the flexibility to take new approaches to serve kids and families.

The progress of the first cohorts also prompted Dallas Supt. Michael Hinojosa to expand the number of schools in the district’s ACE program. Data-informed leadership and instruction are working and making a difference for students.