Accelerating Excellence in Texas Schools: How the ‘ACE’ Initiative Is Changing the Way Dallas Evaluates Its Teachers and Empowers Students with Data-Driven Instruction 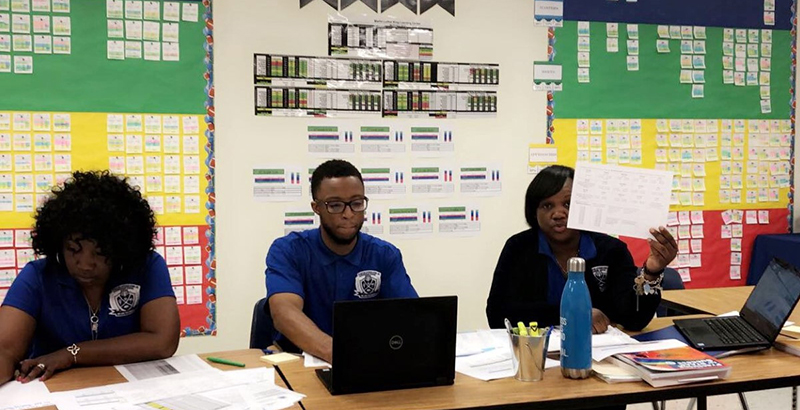 In this first chapter, we look at how data shapes the innovative program’s work, starting with the selection of participating teachers. Check back this week to read the other chapters here.

Rockell Stewart stands just under five feet tall, but the principal of the Martin Luther King Jr. Learning Center in Dallas makes her presence quickly known when you enter the campus doors. She comes at you with a broad smile, an outstretched hand and a positive manner.

MLK was once one of the Dallas Independent School District’s lowest-performing campuses. The school, sandwiched between two freeways and bordered by vacant lots and overgrown yards, qualified for the district’s Accelerating Campus Excellence program due to low academic performance. Learning Centers were mandated by a desegregation lawsuit in the 1970s. Despite decades of investment and interventions, MLK’s students were still being left behind. 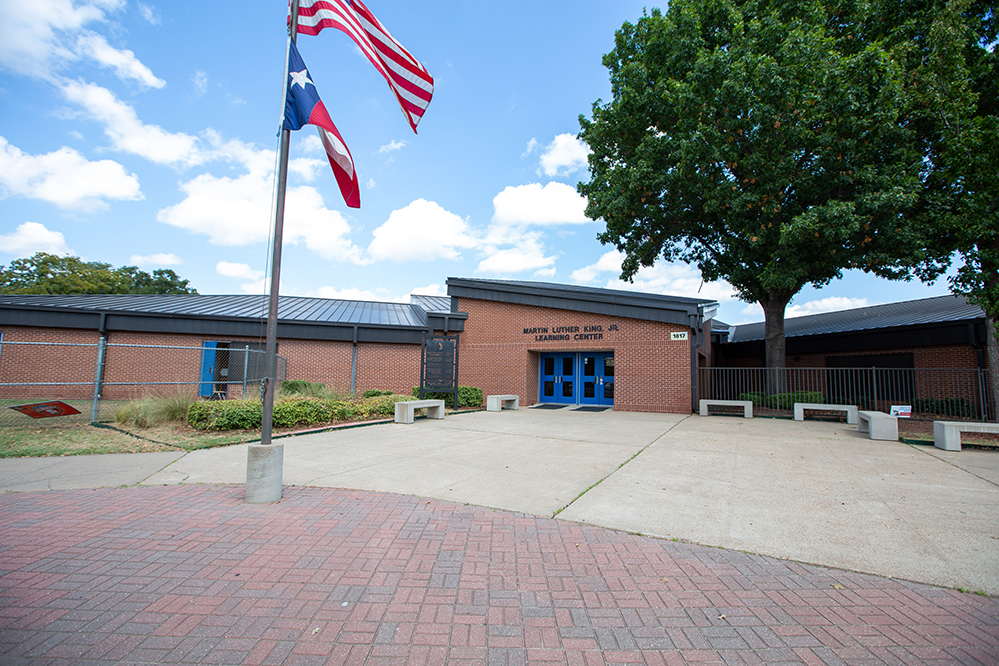 Now, the campus is at the start of a transformation. The school’s 27 teachers and 441 students — a quarter of whom are homeless — are participants in an experiment where data are used by the moment to improve learning.

Data from multiple sources — state exams, district tests and classroom quizzes and observations — inform the work of leaders like Stewart and the teachers in DISD’s 11 active ACE schools. (Since its inception four years ago, 17 schools have participated in the ACE program.) While some decry tests as the death of learning, ACE takes the opposite approach by understanding measurement as the cornerstone of strong instructional design. Assessments are a tool in service of a greater outcome — student learning.

The mix of these elements has varied in each of the three cohorts of ACE schools over the past four years, but at the heart of this model is knowing which principals and teachers are truly effective. Talent management as an intervention strategy was new in DISD, which distinguishes ACE from earlier school turnaround attempts.

DISD’s previous evaluation system resulted in 95 percent or more of teachers being rated in the district’s top two categories. There was a “Lake Wobegon” quality to the results, in which every educator was above average, even though the academic performance of the district’s students lagged behind. At the end of the 2010-11 school year, for example, the Texas Education Agency rated 33 of the 230 DISD schools “academically unacceptable,” including one-third of its high schools.

Turning the Page on No Child Left Behind: Why America’s Next Chapter Needs Understandable Data That Lead to Better Results

Edwin Flores, Dallas’s former school board president, says the district’s own research showed that less effective teachers were placed in schools attended by students who were the furthest behind. He would know; he was on the board before the district developed a more objective evaluation system. Flores, a Dallas attorney, started thinking with the superintendent at the time, Michael Hinojosa, and other school board members about what the district needed to do to differentiate effective teaching.

Hinojosa soon left for suburban Atlanta, but the district searched for a superintendent who knew how to use data-driven systems. They settled on Mike Miles, a West Point graduate who had used data to improve student achievement in a Colorado Springs-area district. 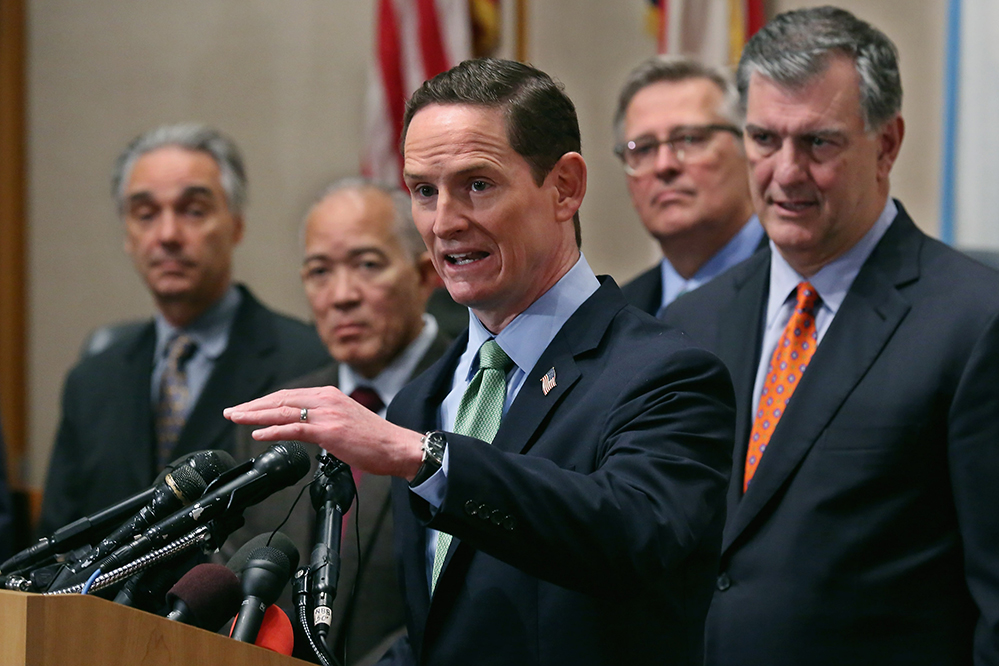 Miles led the Dallas board in creating a research-based tool that would provide more than subjective reviews of an educator’s work. The Teacher Excellence Initiative includes data from multiple principal observations of a teacher’s classroom work, results from Texas’s state achievement exams and data from student surveys. (Due to their age, early elementary students are not part of the surveys.)

Teachers now earn higher pay for higher performance. No longer does a strict salary schedule determine pay with a checklist of items like years of teaching, advanced degrees and perfunctory reviews. Teachers are no longer considered proficient by just doing the basics, like showing up on time, dressing appropriately and punctually turning in lesson plans.

Dallas teachers now are rated along a performance continuum that consists of nine categories, ranging from novice to proficient to master. The new framework is built around objective data and multiple inputs, making it more difficult to game the system. Now, teachers cannot contend they received a low review because their principal didn’t like them. And strong teachers don’t have to worry that their principal is rating their low-performing colleagues highly so as not to ruffle feathers. The data tell the story. 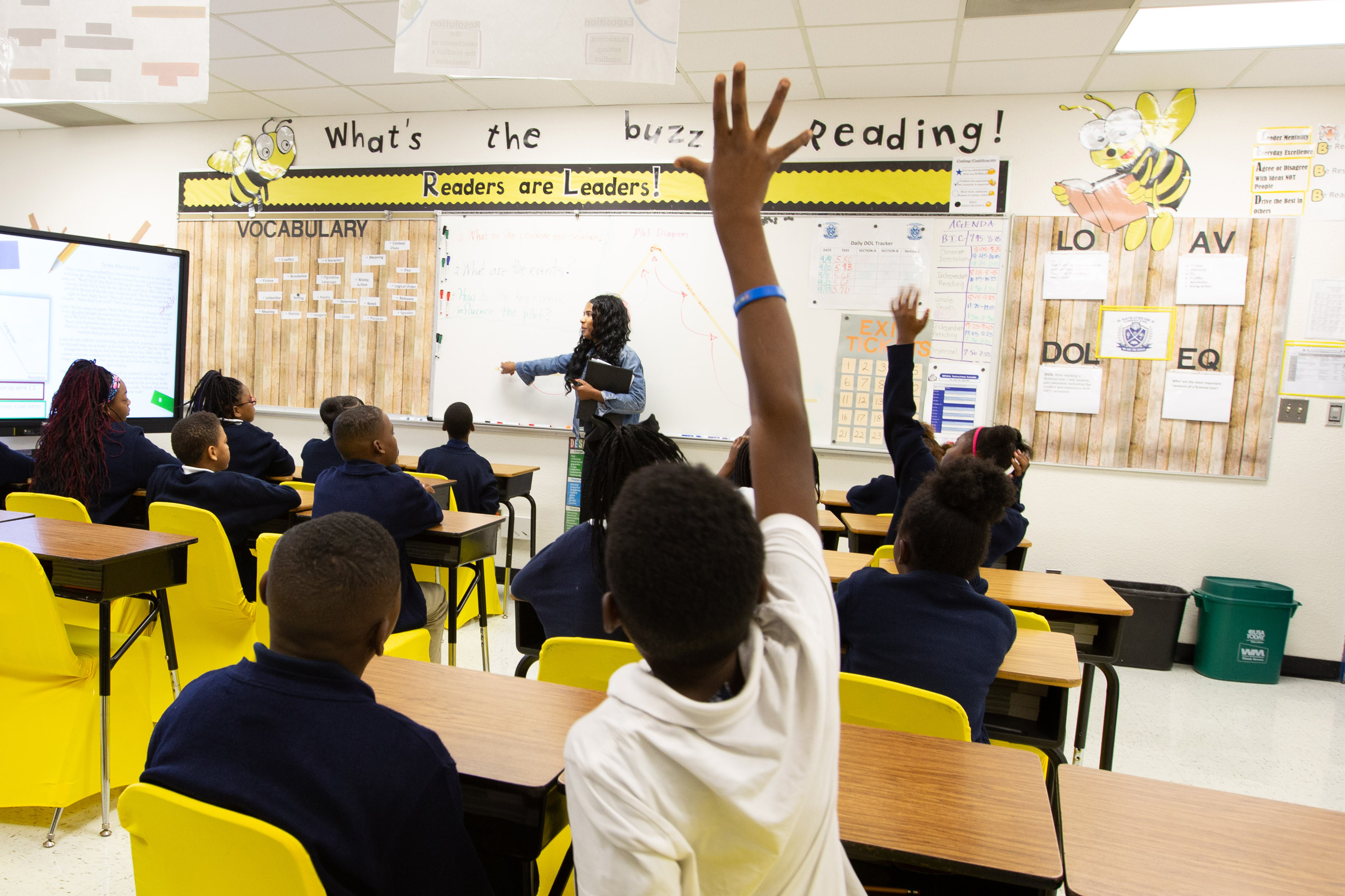 The TEI — and the PEI, the Principal Excellence Initiative — became the cornerstone of Dallas’s ACE program. As Flores says, “You can’t have ACE without TEI, or a similar system that differentiates excellent teachers. You don’t know who to put in front of kids.”

Dustin Marshall, a fellow school trustee, echoes this point: “You can’t send the best teachers if you can’t identify them,” he emphasized over coffee one morning.

This stronger evaluation system allowed the district to identify which teachers were the most effective. Once that became clear, the district could recruit strong teachers into schools like the MLK Learning Center as part of ACE. Real improvement in outcomes required a big change in school culture and instruction. Trying to elevate low-performing schools without making changes to the adults on campus would be like the Detroit Lions trying to win the Super Bowl without making one change to the players or coaching staff.

After the board passed Superintendent Miles’s plan, principals with their own high ratings were offered $15,000 extra for leading an ACE campus. Selected teachers were offered an additional $8,000 to $12,000, depending upon their TEI rating. (Every teacher in the first two ACE cohorts received a stipend in this range. The third and current cohort pays that amount to about a dozen or so teacher-leaders in each school.)

The extra pay was certainly an incentive, but it also publicly demonstrated the priority the district placed on supporting students attending its lowest-performing campuses. As Miles put it, “Nothing will work if what you value is disconnected from where you invest your money.”

Another ACE advantage is that high-quality teachers get the chance to work with other top instructors. In creating the program, Miles said the board studied how to move teachers and found that few educators wanted to go by themselves to an underperforming school. “Distinguished teachers will join a struggling campus if they believe they can help create a culture of high achievement and high expectations,” he wrote in a planning memo. “They want to be part of a group of teachers with the will and ability to turn around a school.”

To do that, of course, requires knowing which teachers to put in front of students with some of the most significant academic gaps. That can only happen when a district uses a strong, multi-measure evaluation system to objectively reveal those highly-effective educators.