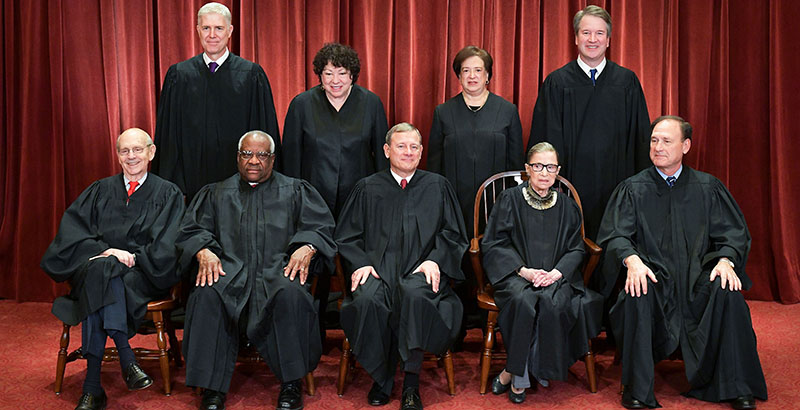 The Montana Supreme Court ruled in December that the state’s tax-credit scholarship plan violated a provision in the state constitution banning public funding for religious education. Those provisions, called Blaine Amendments, are fixtures in many state constitutions and have often formed the basis of legal challenges to private school choice programs.

The Montana case is one of several regarding state bans on public funding of religious institutions that have sprung up in the wake of the high court’s 2017 Trinity Lutheran decision. In that case, justices ruled that a church-affiliated preschool couldn’t be barred from taking part in a playground safety program simply because of its religious affiliation.

Justices will hear the case, Espinoza v. Montana Department of Revenue, in their next term, which begins in October.

The Supreme Court has long said the use of publicly funded choice programs at religious schools is permissible under the U.S. Constitution, but lower courts have disagreed over whether states may ban it, Erica Smith, an attorney with the Institute for Justice representing the families challenging the ban, said in a release.

Advocates for separation of church and state have said that programs like the one at issue in Montana amount to an unconstitutional requirement for taxpayers to support religion.

The head of the ACLU of Montana, which filed a brief supporting the state, in December praised the state supreme court’s ruling as a vital protection of both public schools and church-state separation. The group did not immediately respond to a request for comment on the U.S. Supreme Court’s decision to hear the appeal.

Other school choice cases, brought in the wake of the Trinity Lutheran decision, are still pending in federal courts in Maine and Washington state.

The Maine case concerns the state’s “tuitioning” program, where towns too small to have their own high schools pay to send students elsewhere. Parents in the state, also backed by the Institute for Justice, are challenging a state law that bans using those “tuitioning” payments at religious schools.

The federal government earlier this month filed a “statement of interest” siding with the Maine parents. A district court judge upheld the state law in a ruling issued earlier this week; advocates said they would appeal the decision.

In the Washington case, college students in a state-funded work-study program are challenging a ban on working for sectarian employers; they want to be tutors at a Christian school. Proceedings in that case have been paused until December.

Earlier this term, the Supreme Court declined to take two cases challenging a New Jersey court’s ruling banning the inclusion of churches in a publicly funded historic building preservation. But the court will have to decide the historic preservation issue eventually, and it will be an easy one, three of the court’s conservative members wrote.