NYC’s First LGBTQ Liaison Reflects on Progress — Including New Policy That Lets Students Change Their Names, Genders — as He Departs for Harvard 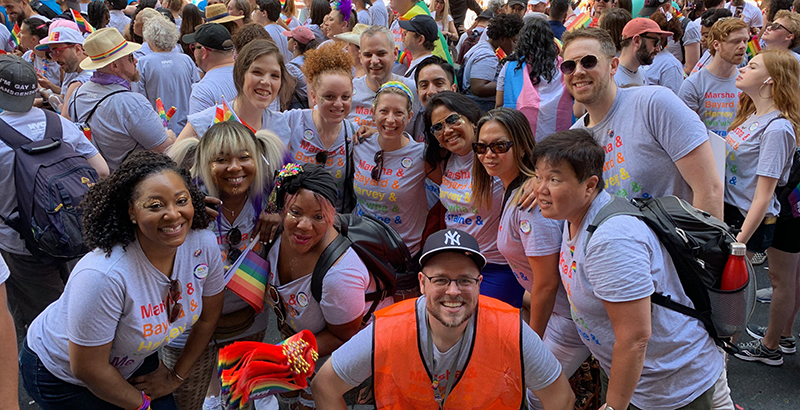 A lot has changed since Jared Fox took the helm three and a half years ago as New York City schools’ first LGBTQ liaison.

When the Cleveland, Ohio, native started in January 2016, there had never been a designated LGBTQ advocate in the department running the country’s largest school district. There was no formal Department of Education guidance specifically geared toward protecting transgender students, and there was limited curriculum covering LGBTQ history and culture. Single-stall, gender-neutral bathrooms weren’t mandated in each school.

Fox’s mission, as he’d told The 74 that year, was to cultivate safe, inclusive learning environments for LGBTQ students.

As he was preparing to leave his post Aug. 16 for a three-year doctoral program at Harvard University, Fox reflected on the city’s progress — from expanding a pilot program that brings LGBTQ writers into schools to crafting systemwide guidelines that outline protocols and best practices for empowering transgender and gender-nonconforming youth. The 32-year-old cited these guidelines as among the things he and the DOE are most proud of.

The updated, most progressive version of the guidelines, released earlier this summer, allows students to change their name and/or gender on their permanent school records without legal documentation. Permanent records include transcripts, diplomas and report cards.

“This was a really big step, but it was a step that took many baby steps to get there,” Fox said.

Any student can request a name and/or gender change via this form, though a parent or guardian has to sign off if the student is under 18 years old. The guidance does not apply to federal- or state-issued documents such as a driver’s license, which still requires a legal name change.

Public-facing documents like diplomas have recently been updated to intentionally not include any mention of gender, a DOE spokeswoman said. After that happened and “the sky didn’t fall,” Fox said, expanding the guidelines seemed logical, especially considering the arduous process students often go through to have a name and/or gender change legalized.

“[Legal] name changes can be really difficult,” Fox said. “They often result in [students and their families] going to court, having to pay to file in a court. … Many of our families just weren’t taking that step, and it was really hindering our ability in a huge system to make sure that everybody was using the right name and gender.” 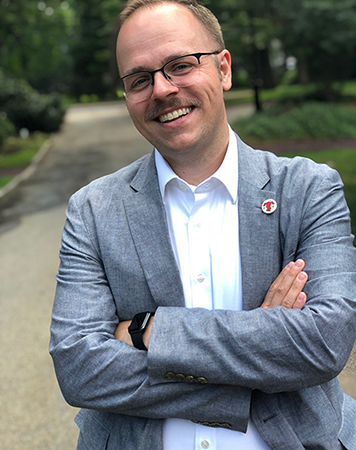 It’s still a work in progress, as the form includes only a “male” or “female” gender option. Fox said that department staff is working with the state education department and federal partners and that “further guidance will be coming.”

“We’ll still affirm you as a non-binary student or however you want” in the interim, he said, “but right now in the system we just don’t have the capability to put anything other than M or F.”

Fox noted that a few students have already started filling out the form. The percentage of LGBTQ students in the city is at record levels, with nearly a quarter of teens identifying in categories other than straight, according to a Youth Risk Behavior Survey. The city’s education department says it doesn’t centrally track how many of its roughly 1.1 million students request name and/or gender changes.

Newly released “gender inclusion” guidelines also allow students to participate in competitive sports that align with their identified gender instead of granting permission on a case-by-case basis, and they prohibit health classes from being separated by gender.

Fox said he doesn’t closely follow other districts’ policies but “hopes that we’re leading the way.” The city issued a spate of LGBTQ guidance during Fox’s tenure — requiring at least one gender-neutral bathroom in each school in 2017 and mandating that teachers and staff refer to students by their desired name and pronouns — a contrast to the federal administration’s efforts to dismantle guidance protecting transgender student rights.

‘We Don’t Want to Feel Alone’: Inside a New Jersey Pride Prom, as LGBTQ Students Find Acceptance and a New Support Network — and Redefine the Royal Court

Affirming students’ identities in school is paramount to their success, said Sarah Rosenbach, a Ph.D. student and volunteer board member for the Gay, Lesbian and Straight Education Network’s NYC chapter, which Fox founded.

“When inclusive policies like this are in place, then students are less likely to miss school for safety reasons. They’re also more likely to have higher levels of school belonging,” she said. “It’s sometimes the case that school is the place where a student can be their most authentic self.”

Separate from the guidelines, Fox considers his chief achievement the Gender and Sexuality Alliance Summit — which, in its second year, hosted more than 1,500 students in January — along with the expansion of gay-straight alliances (GSAs) across elementary, middle and high schools. There were about 450 GSA clubs systemwide in 2018-19, education department spokeswoman Miranda Barbot wrote in an email.

“I was a part of a GSA when I was at my high school; it was how I met other LGBTQ kids and felt less alone,” Fox said. Speaking about the summit, he added: “We brought together students from a lot of these clubs and allowed them to learn from one another, to grow. To celebrate. It was a beautiful moment and something I hope will continue.” 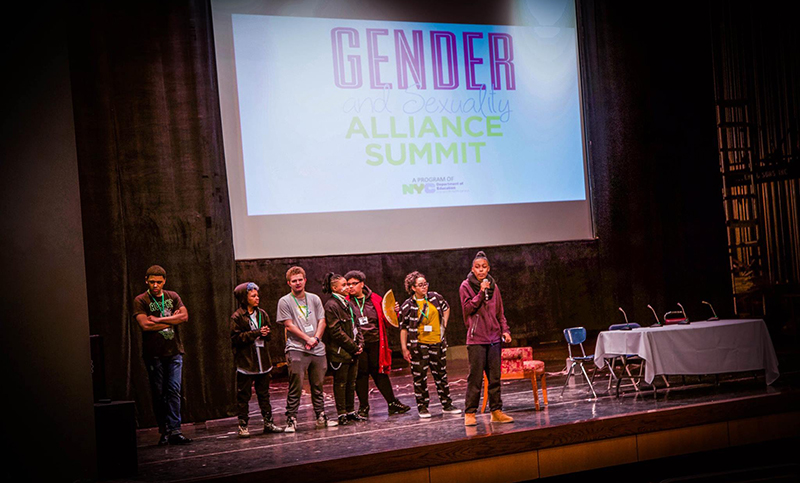 Looking to next school year, Fox said he and students he’s spoken with are eager to see the continued growth of LGBTQ-inclusive curriculum. Fox highlighted the LGBTQ Writers in Schools program, which he said has grown from about 25 participating schools in 2016 to about 80 schools in 2019-20. The Panel for Educational Policy in late July also backed Schools Chancellor Richard Carranza’s call for “culturally responsive” education that embraces curricula relevant to marginalized students’ experiences.

The State of LGBTQ Curriculum: Tide Is Turning as Some States Opt for Inclusion, Others Lift Outright Restrictions

Queens City Councilman Daniel Dromm, who led the effort to fund the liaison position, said Fox has played a fundamental role in helping integrate the public school and LGBTQ communities.

“Having that position is so important, because you’re talking about building bridges,” he said. “He was the perfect choice.”

Mark Rampersant, senior executive director of the Office of Safety and Youth Development, where the LGBTQ liaison position is based, called Fox an “invaluable asset.”

“Jared has been … a tireless champion for LGBTQ students and educators citywide,” he wrote in an email. “We thank him for his leadership and wish him all the best as he continues his own education. We hope to one day welcome him back as Dr. Jared Fox.”

At Harvard, Fox is joining the Doctor of Education Leadership program in the Graduate School of Education. He said he intends to “take my passion of LGBTQ issues and what I’ve learned here in New York City and think about where that intersects with other issues around [K-12] education.”

The department said Wednesday it’s “still in the process of hiring and looking to bring someone on as quickly as possible” to fill Fox’s position, which comes with a nearly $97,000 base salary. Although it’s unclear whether there will be a new hire by the start of school, Barbot said the Office of Safety and Youth Development has staffers well equipped to handle LGBTQ student needs.

Whether Fox will return to the education department post-Harvard is open-ended. But he said he’s optimistic that his successor will champion the existing guidelines and push for more inclusive practices, as he has.

Correction: An earlier version of this story misstated which New York City Department of Education student records no longer included a reference to gender.