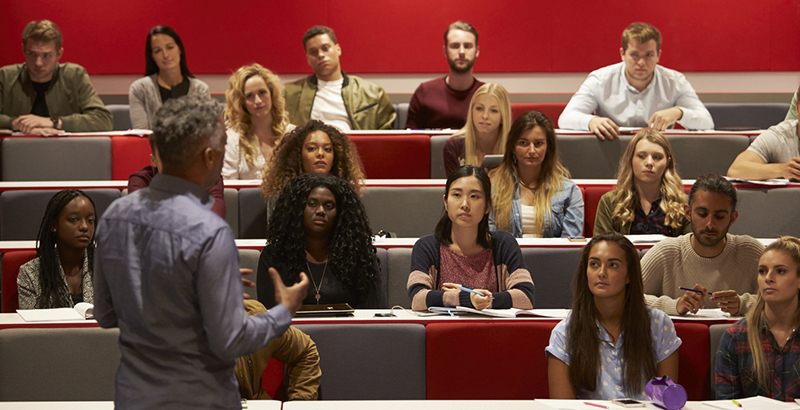 The Biden administration will shortly announce its proposal to make community college free for all students. This is fortunate timing, as the pandemic draws to a close and new, well-paying jobs open up — jobs that will largely be available for candidates with postsecondary degrees.

While college affordability is a critical problem that must be solved, the best way to guarantee the success of the free college initiative is to ensure that students who enroll are college-ready.

Currently, 60 percent of two-year college students require remedial classes, which do not count toward their degrees, are largely ineffective and are expensive both for the students and their schools. Spending on remediation for college students exceeded $7 billion as of 2012, and less than half of remedial students ever earn any college credit. Less than a tenth finish their degrees on time.

An IBM study of one community college in New York City showed students who needed remedial math plus one other remedial class their first semester had a 1 percent chance of completing that semester.

The racial and socioeconomic inequity that pervades our education system is evident in college preparedness as well. The pattern is all too familiar: 64 percent of white students take remedial classes, as do 75 percent of Latino students and 78 percent of Black students. Completion rates are also far worse for non-white and poor students. According to the U.S. Department of Education, of high schools serving the highest percentage of non-white students, about a quarter do not even offer algebra 2, even though most college-level courses require it.

But there are a variety of ways to provide students with solid preparation for college. One is by learning from a model called P-TECH, or Pathways in Technology Early College High School, a six-year collaboration among a public high school, a community college and a business partner that offers students a free associate degree in competitive fields, along with access to “new collar” competitive careers.

Since its creation in 2011, P-TECH has spread to 266 schools. Compared with regular high school students, P-TECH students have higher rates of high school graduation, college readiness and importantly, college completion. Because the schools don’t screen for admissions, most P-TECH students in the U.S. and other countries are low-income or students of color, and more likely to be English language learners, in special education classes, and those who aren’t performing well in middle school. They have higher grade point averages than low-income students and students of color in regular schools, and their college completion rates exceed those of their peers by substantial percentages.

In New York State, 95 percent of P-TECH students graduate from high school, 12 points higher than the state average. Most prove themselves to be college-ready during the early years of high school, and 80 percent of graduates go on to four-year colleges and universities.

The core elements of P-TECH schools are high expectations, rigorous coursework, support in the form of tutoring and mentoring, and coordinated courses that lead directly to a competitive college degree. A business partner provides mentorships and paid internships, along with a commitment that students who successfully complete are placed first in line for available jobs.

The costs of the program, which are covered in large part by the school district’s usual per-student budget, are minimal: the business partner contributes mentors and paid internships; existing state funds cover modest planning costs; and high schools, colleges or state sources pay for community college tuition. Because the program often lasts six years, adding grades 13 and 14, some districts have to pay per-student costs for those two years, as they would for students who take two more years to complete traditional high school. Many students finish the program in four years or even less. States that covered community college tuition costs for P-TECH can see a great return on investment: Given that college graduates take home 84 percent more over a lifetime than those with only a high school diploma, P-TECH graduates will pay significantly more in taxes and bolster the economy, while never needing an expensive social safety net.

Another way to make sure students are well-prepared for two-year college is working well at the State University of New York, which has adopted a suite of innovative math courses known as Quantway and Statway in all 30 of its community colleges. Quantway, a one- or two-term class, provides algebraic reasoning skills for students moving into college-level algebra, while Statway focuses on statistical reasoning skills used for decision-making. They are often presented as “co-requisite” courses, taken for credit by students who might not otherwise be considered ready for college math. Students in such classes have fared significantly better than peers in traditional remedial math classes.

Other community colleges have stopped offering remedial classes altogether, instead providing tutoring, summer programs, and other supports to incoming students who need an academic boost before tackling college-level work.

Nationally, to address student preparedness, more advanced coursework must be made available to every high school student, particularly those who are poor and non-white. In fact, for Black and Latino students aiming to graduate from college, a “high school curriculum of high academic intensity and quality” has more positive impact than anything else, according to a study by the late higher education researcher Clifford Adelman. Efforts like these need more state and federal support.

We see three ways to help galvanize a broader expansion of the P-TECH model. First, federal Pell grants, which provide tuition support for low-income college students, should be increased and provided to high school students taking college courses, which could help more P-TECH schools to open. Pell grants were budgeted at $27 billion in 2019, lower than a decade earlier, and need to be increased and made more flexible.

Second, expand the federal College Work Study Program, which pays approximately 70 percent of the wages for low-income students who work to earn tuition, usually in minimum-wage jobs in college cafeterias or libraries. The law permits these funds to be directed to off-campus internships, but currently more than 95 percent of these positions are on campus. An increase in off-campus internships partially funded by the federal funds could spur companies to create new P-TECH partnerships. Making those internships credit-bearing could spur college completion. More, and more flexible, Pell funding and an expanded Work Study Program could help expand the P-TECH model, which has buoyed students through tumultuous times.

Third — and perhaps most important — because education is a state function, governors across the political spectrum should step up and adopt programs like P-TECH that make sure that high school graduates are well prepared to succeed in community college, and beyond.

The national opportunity for free community college is an inspired and long-awaited opportunity for all. We risk wasting it if we fail to prepare high school students with the best education possible.

Stanley Litow is a professor at Duke and Columbia universities and serves as innovator-in-residence at Duke. He is a trustee and chair of the Academic Affairs Committee at the State University of New York. He previously served as deputy chancellor of schools for New York and as president of the IBM Foundation. Tina Kelley is a former New York Times reporter and co-author, with Stanley Litow, of “Breaking Barriers: How P-TECH Schools Create a Pathway from High School to College to Career.”

Stanley Litow is a professor at Duke and Columbia universities and serves as innovator-in-residence at Duke. He is a trustee and chair of the Academic Affairs Committee at the State University of New York. He previously served as deputy chancellor of schools for New York and as president of the IBM Foundation.

Tina Kelley is a former New York Times reporter and co-author, with Stanley Litow, of "Breaking Barriers: How P-TECH Schools Create a Pathway from High School to College to Career."