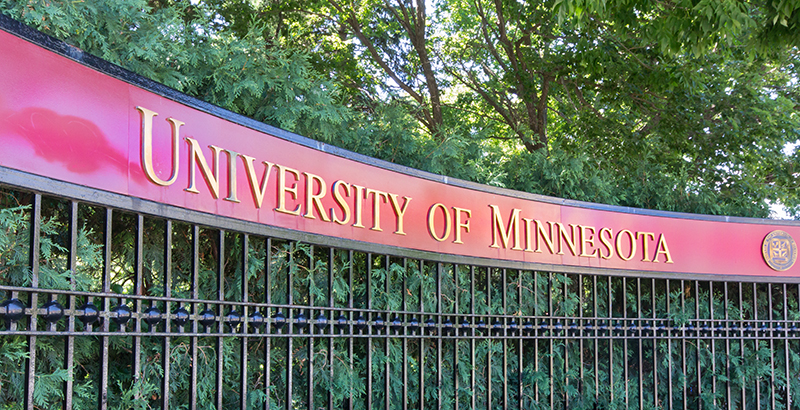 Pioneered by the state of Minnesota in 1985, the Post-Secondary Enrollment Options (PSEO) program lets certain high school students take free classes at public and private colleges throughout the state. Originally intended to give rural students access to a wider range of classes, the program has grown increasingly popular in the last few years, with 10,500 high schoolers participating in 2018-19. Now, with COVID ushering in a widespread adoption of online learning, enrollment has spiked.

While that’s good news for students, it can be bad news for districts, which lose funding for each college class a student takes. Layering these losses on top of pandemic costs, an increase in homeschooling and other trends means school districts are facing unprecedented shortfalls and budget cuts.

Bemidji Area Schools, for example, is down $5 million from its $70 million budget. Rural Menahga Schools, about 175 miles northwest of Minneapolis, took a $2 million hit on a $12 million annual budget. Superintendent Kevin Wellen typically figures on up to $200,000 a year for PSEO costs; this year, he lost that much in the first semester alone.

Some students are basically using the program as a way to leave high school and earn an associate’s degree during what would typically be their junior and senior years. In these cases, districts lose almost all the state and federal funding a student would otherwise bring in.

“We see them at the end of sophomore year and won’t see them again” until graduation, said Wellen. “They don’t have to set foot in [our] school again.” Because of the timing of college semesters, these students can receive their associate’s degree in May before getting their high school diploma in June.

The replacement of in-person education with remote instruction during the spring led to a surge in students taking college courses online this fall. “Students are becoming more proficient with distance learning,” said Tim Lutz, superintendent of Bemidji Area Schools. In the past, most colleges required students to come to campus to take courses, so the logistics of shuttling between a high school and college could be complicated. Now, switching locales is as easy as opening another Zoom window, allowing students to effortlessly toggle between the two. For instance, at the University of Minnesota, about 95 percent of high schoolers took PSEO classes on campus pre-pandemic. In the fall, 70 percent of the school’s courses shifted online.

This trend is good news for students — the two superintendents said it should boost their college graduation rates while lowering their tuition costs. But it has left districts scrambling to plug holes while trying to guess how many students will return next year.

Wellen’s district can make up its $2 million shortfall from a past surplus, but he’s concerned about next year. “We’re not broke, but we will be if we keep spending like that,” he said. The district is also down about 200 students due to its mask-wearing requirement. Many families who disagree with the rule are homeschooling, and if it were relaxed, he said, “we’d see 100 kids on our doorstep in the blink of an eye.”

Because of this uncertainty, Wellen is creating three separate budgets for next year. If he assumes he will have the same number of students as this year, about 900, he would need to lay off around 10 teachers. “If we make those cuts and everybody comes back, there won’t be enough teachers to teach them. We won’t know that until June or July, if we’re lucky,” Wellen said.

The issue in Bemidji is different, Lutz said. While the 5,000-student district has seen the number of homeschoolers increase, it has also lost students to nearby schools. The state’s open enrollment policy allows students to attend any public school, taking funding with them. The district typically gets a large percentage of students from two nearby Indian reservations, he said, but that ended when COVID-19 hit. Because so many of these students live in multi-generational households, fear of bringing the virus home to older family members forced these students to leave Lutz’s district.

“We will need to make some very difficult decisions regarding staff cuts and cuts to other programs,” Lutz said. “This is the largest amount, and largest percentage, of cuts we have ever had to face.”

Those district budgets will have to be approved by April, even before funding from state legislators is decided and new federal COVID-19 relief funds are handed out. While this timeline isn’t different from that of past years, the uncertainty is. Districts will have to estimate students and staffing needs not knowing how students will respond to whatever COVID-related measures might be in place.

The stakes are high. If Menahga underestimates its student count, the district could find itself laying off teachers and then having to scramble for new hires in late summer, Wellen said. Overestimating the number of students has worse consequences: Overstaffing would lead to a negative fund balance and make the district vulnerable to a state takeover of its finances.

The cost to districts for PSEO comes down to how exactly a student chooses to take college classes. Each district receives about $10,000 a year per student from both state and federal funding sources, Lutz said.

A student taking one three-credit PSEO class would cost the district about $640. If that student takes a full load of college courses, the cost would balloon to nearly $7,000 a year.

While the exact number of Minnesota high school students taking college classes since the pandemic struck is not available, enrollment at Normandale Community College, the state’s largest, saw PSEO participation increase from about 1,500 pre-COVID to 1,660 this year. The University of Minnesota, which typically caps its high school enrollment at 600 students a semester, had 812 this fall.

Almost every high schooler the university accepted is taking classes, said Scott Coenen, director of its PSEO program. Typically, about 20 percent of accepted juniors and seniors do not attend. “That didn’t happen this year,” he said, and more students who live an hour or more away from the Twin City campus are taking virtual classes.

While the state has continued to open up the program to more participants — since PSEO began, it has been tweaked to include homeschoolers, private school students and some 10th-graders — there are limits on which high school students can enroll, with the rules typically set by the colleges and universities. Some require students to rank in the top 25 percent of their grade, while others want a B average or better.

“College isn’t willy-nilly stealing kids from us,” said Bemidji’s Lutz. “It ends up being not a lot of students go that route.”

Because these classes carry a one-time cost for schools, roughly $3,000 per course, this option can save districts money over PSEO. They also offer another benefit for students and their schools: By keeping students on campus, the school maintains their participation in everything from sports to extracurricular clubs.

Concurrent classes are far more popular than PSEO: 32,000 students in 322 districts participated in 2018-19, more than three times the 10,500 enrolled in PSEO. The state sets aside money to help repay districts for concurrent courses, but because the fund is capped at $4 million, every district receives just $52 for every student taking a concurrent class — falling far short of the amount needed to offset the cost of the program.

‘A really good deal for kids’

The concept of high schoolers taking college classes is widespread, with each state offering some sort of dual enrollment program. Earlier this month, U.S. secretary of education nominee Miguel Cardona pointed to allowing high schoolers to take college classes as one way to reduce the overall cost of higher education. Still, many states don’t fully fund their programs. Minnesota, a trendsetter 36 years ago, pays for participating high school students’ college tuition, fees and books. The state spent slightly more than $34 million for PSEO in 2018-19, doling the funds out to 61 colleges and universities for a total of 165,000 college credits. That money would otherwise have gone to the students’ home districts.

A new state report on rigorous courses recognizes some of the problems with the current funding system, recommending that lawmakers change the formula “so it is not a financial penalty” to districts when their students take college classes.

While there are no statewide statistics that show students’ GPAs or whether they eventually earn an associate’s or bachelor’s degree, anecdotally, the program is a success. Coenen said about half of the University of Minnesota PSEO students end up with a bachelor’s degree from the school, and one-third graduate within three years. About 90 percent of participants maintain at least a B-minus average.

PSEO students are “one of the most successful populations at our institution,” said Charles Frame, Normandale’s dean of recruitment and outreach. They have a higher GPA than the college’s average, and some have gone onto Ivy League universities, he added.

Even considering the funding challenges, both Wellen and Lutz agreed the program is a boon for students.

Taking college classes, whether directly from an institution of higher education or at high school, seems like a better deal than Advanced Placement classes, Wellen said. Because the credits come directly from a college, they are more likely than AP to be accepted by other schools. Plus, students don’t have to gamble on AP’s high-stakes end-of-year test, where a score of 3 or 4 is needed to earn transferable credits.

Students apparently agree with Wellen. In the last three years, the number of Minnesota high schoolers taking AP classes or participating in the International Baccalaureate program has dropped 8 percent.

“I can’t fault them” for taking advantage of the opportunity for free college classes, Wellen added.