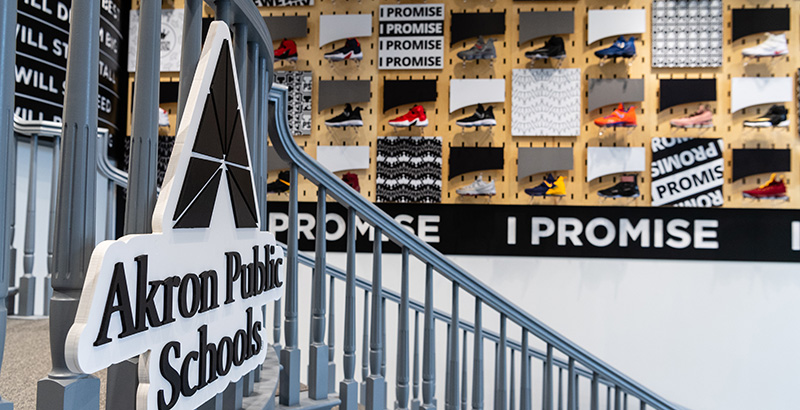 If you follow education issues at all — or any kind of news, really — you know that basketball superstar LeBron James has partnered with the Akron Public Schools to open the I Promise school, which is designed to educate 240 elementary-age students who are more than a year behind in reading. The school appears to be a win for everyone — the district, the teachers, the community, the parents, and, most of all, the kids.

As I combed through the thousands of words written about the school over the past few weeks, I am struck by the elements of its creation that can’t or won’t be replicated in other schools. These are getting short shrift in the debate about I Promise:

1) LeBron James. Just as James is one-of-a-kind player on the basketball court, he is a unique figure in the city of Akron. There are many wealthy people who could open schools, or drop a few million on existing schools, but the combination of James’s connection to the city, his commitment, and his prestige brought together a host of community partners, businesses, and the school district to make this happen.

2) Akron Public Schools. The Akron school district has many of the same problems as other urban districts, but it has worked well with the LeBron James Family Foundation and its partners in avoiding turf wars. The principal of the I Promise school is both a longtime Akron educator and a charter board member of the James foundation.

In fact, the school itself is more of a culmination of the relationship between James and the district than a revolutionary move on its own.

District spokesman Mark Williamson explained to PolitiFact Ohio that the school is just an addition to the I Promise program. I Promise has been a district-wide program for more than 10 years, with students from all 32 Akron elementary schools.

“All we’re doing is taking kids that we already support and putting them in a different location,” he said, adding, “It’s not a new program, not new students, not even a new building.”

The building that houses I Promise used to be a temporary school building for students whose own schools were being refurbished. Most of the money the James foundation and its partners have spent so far went to renovate the school. Since the district will retain ownership of the building, Akron essentially got an updated and upgraded school building at little or no cost. I Promise began with third- and fourth-graders and is expected to expand to grades 1 through 8 by 2022.

The union has a history of outside-the-box thinking. In 2002, it planned to open its own charter school, but it dropped the idea. By 2006, the Akron district had sponsored an online charter called the Akron Digital Academy. It was run by Neil Quirk, the former president of the Akron Education Association. The school survived until June 2018, when it went out of business because of money it owed the state due to improperly tracking enrollment.

Even so, AEA has a 184-page collective bargaining agreement with the district, and it took some negotiating to work the I Promise model for staffing, longer hours — 9 a.m. to 5 p.m. — and a longer school year — July 30 to May 17 — into the contract’s provisions.

Fortunately, this was solved last April when the district and the union reached a memorandum of understanding over the school’s hours and structure. Teachers who work at I Promise will receive the same base pay as other Akron teachers, despite the longer hours and additional duties, but will get an additional prorated salary for the extra two weeks built into the school year.

If I Promise is to become more than a nice story about a school in northeastern Ohio, we should probably focus a little less on the curriculum or the money or the longer hours, and a little more on the spirit of cooperation that permeates the entire enterprise. Time will tell if the school will be a success for the kids, but no one thinks it would benefit from more fighting.