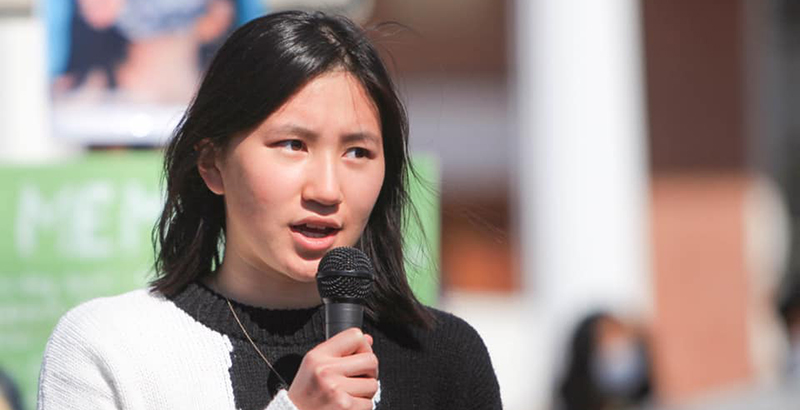 When I grew up, the media offered very few Asian-American role models to look up to; but when the occasional Asian girl frequented a couple minutes of TV or pages of a book, the character would exude racial stereotypes.

Take the short-lived (2007-14) American Girl Doll Ivy Ling, the white girl’s best friend who loves STEM and strives to satisfy her parent’s weighty ambitions. Consider the darling of Harry Potter’s “yellow fever”, Cho Chang, because a Chinese girl can only be stick-thin, belong to Ravenclaw, and possess an alliterative, monosyllabic name. Or even ponder Lane Kim from Gilmore Girls, whose frugal mother enforces a strict curfew and scorns at a career other than law or medicine.

These textbook examples of the “model minority” reveal just how much America has embedded the Asian American Pacific Islander community in the subplot — as well as the extent to which we ourselves contribute to the main plot of white America.

The problem with these characters — and the model minority myth, more broadly — isn’t that they are inaccurate. Just like the stereotype insinuates, I memorized the multiplication tables by the first grade. While my peers would be rewarded with ice cream after recitals, I would be gifted with the sweet treat of a play-along violin CD and a lecture on my rushing tempo. And yes, I ate rice every night for dinner.

At its core, the issue with the model minority myth is that it’s incomplete, neglecting the socioeconomic, cultural, and educational diversity of our community in favor of STEM, lanky bodies, and strict parenting.

The model minority myth also threw our immigrant ancestors headlong into the American Dream, voiding any room to cultivate a political self. Our Manifest Destiny did not involve dominating the Western frontier through political and economic ingenuity; it meant busing tables at our family’s mom-and-pop dim sum restaurants, sputtering words of a foreign language in hopes to earn a university degree. To indulge in politics was to distract ourselves from achieving practical success.

So now, in the face of violent hate, the model minority myth particularly endangers Asian Americans, as those inside and outside of our community underlook the impact of racism.

Bipartisan support of the AAPI community offers a sign of hope. This past Thursday, President Biden signed a bill which addresses the staggeringly high number of hate crimes against Asian-Americans since the coronavirus outbreak — passing by a vote of 94 to 1 in the Senate and 364 to 62 in the House. However, only until 2021 has the government recognized our centuries-long struggles. We must do more.

Society must un-model our minority group by recognizing the vast diversity of our community. While many view China as a synecdoche of Asia, Asian-Americans have migrated from various parts of East Asia, as well as Southeast Asia and South Asia. A study by the University of California, Irvine showed that though South and East Asian groups have outperformed all other racial/ethnic groups in measures of socioeconomic achievement, Southeast Asians present low achievement rates due to their refugee status.

Further, in order to see the AAPI community behind the American filter, it’s crucial that allies proactively learn about Asian culture.

As a first-generation American kid, I couldn’t belong anywhere. At school, I assimilated myself into mainstream white culture, growing insecure over my “otherness.” At home, I wasn’t Asian enough –– I would choke Mandarin words out of my mouth like unfamiliar spices, my chubby physique and illiteracy in algebra unfit for the athletic and academic standard.

I quickly realized that if all I felt for my culture was shame and neglect, then the sacred cultural traditions of my ancestors would go extinct. In 2016, I began researching and recording the legends, customs, and dishes of Chinese holidays. In the summer of 2020, I published my four-year project Broomed, Blessed, and Braised. Utilizing holidays as a lens to study the broader Chinese theology, philosophy, literature, and cuisine, I strove not only to inspire other first-generation Chinese kids to learn about the histories that underlie our celebrations, but also instill excitement in others of diverse ethnic backgrounds.

Within our own AAPI community, we can un-model the minority myth by leaning into uncomfortable conversations on racism and our role in America. Influenced by the lack of democracy in our home countries, we often neglect our responsibilities as citizens and fail to realize our inherent agency in affecting the course of our country. And because America has written our narrative as the minority group “unlike the rest,” we’ve distanced ourselves away from the racial plight of other ethnic groups — namely the Black community.

By engaging those most subject to violent hate crimes and least literate in the language of racism — senior citizens and parents — we prevent the life-threatening consequences of political silence. Meanwhile, by pushing our community to support the social justice movements of other minority groups, People of Color can unify and begin to rewrite their own narratives.

This past spring, I created a pamphlet on how to identify, report, and prevent hate crimes within New Jersey. Alongside several Asian friends and allies, I translated the pamphlet into five different languages — English, traditional Mandarin, simplified Mandarin, Spanish, and French — and distributed these pamphlets across libraries, senior citizen homes, and language schools of northern New Jersey’s dense Korean and Chinese immigrant enclaves. 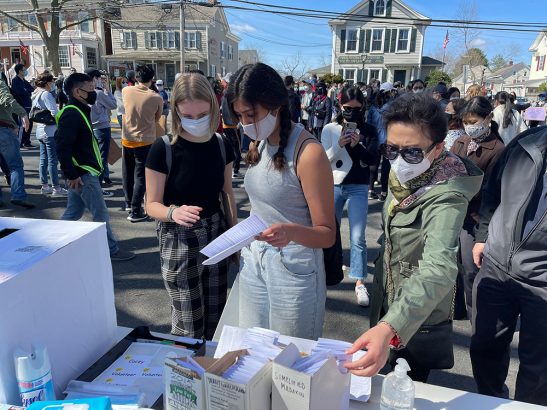 Speaking before more than 250 people at a vigil for Asian lives in Basking Ridge, New Jersey this April, I realized how I’ve begun breaking free from the complicity and obedience of characters like Ivy Ling, Cho Chang, and Lane Kim. Instead, I’ve pushed myself and other Asian kids on personal missions to self-discovery. I’m ready to find myself outside of this subplot, to write my own narrative.

Michaela Wang is editor-in-chief of The New Observer, a tri-state newspaper written by and for Asian-American teens; author of “Broomed, Blessed, and Braised”, about the customs, cuisine and history of traditional Chinese holidays; and creator of a recent anti-hate crime pamphlet aimed at New Jersey’s immigrant community. She is a senior at Newark Academy in Livingston, New Jersey.

Michaela Wang is editor-in-chief of The New Observer, a tri-state newspaper written by and for Asian-American teens; author of “Broomed, Blessed, and Braised”, about the customs, cuisine and history of Chinese holidays; and creator of a recent anti-hate crime pamphlet aimed at New Jersey’s immigrant community. A senior at Newark Academy in Livingston, New Jersey, she is headed to Yale University in the fall.