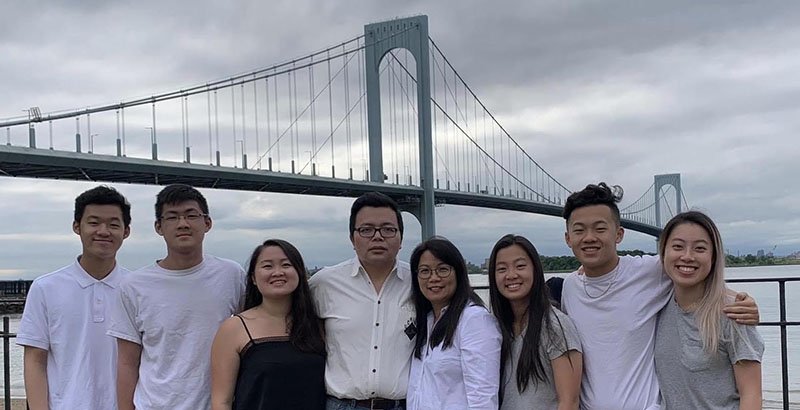 This article was published in partnership with the FLHSNews.

I set my alarm for 5:50 a.m., Monday, March 20 — 10 minutes before the city’s tech department opened. I quickly typed in their number, put my phone on speaker and waited. And waited. I was on hold for an hour until I couldn’t take it anymore and hung up.

Still, the largest public school system in the country couldn’t take my call, fix my problems or hear me out. It was like speaking into a void.

On March 15, Mayor Bill de Blasio responded to the COVID-19 pandemic by shutting down New York City’s public schools until April 20 — and has since proposed extending closures for the rest of the school year. The day of the mayor’s announcement, the screen on my 10-year-old Sony laptop flickered on and off, glitchy from excessive use. A notification of a tweet by the Department of Education popped up, informing us that we needed to fill out a form to get one of the 300,000 devices available for students across the city who lack access to broadband. So I sat my parents down and translated the message into their native Cantonese.

Filling out the form took 15 minutes — not because of the form’s length, but because of the speed of our laptop, connected to nothing but a broken charger and weak Wi-Fi.

I wanted to make sure our form didn’t get lost in the district’s vast bureaucracy. With each call to the education department, a stern voice emerged putting me on hold for an hour, only to inform me after my 14th attempt that week that they had no answers — that they could only help us fill out the form.

I gave her a tissue, squeezing her shoulder. “I don’t know. I really don’t.”

She gestured to the faint screen. It cast some light into the dark corner of our living room, where the blinds were drawn — my mom likes it like that in the morning. “All we want is one iPad,” she said. “We shouldn’t have to do this.”

Gov. Andrew Cuomo mandated that nonessential workers stay home, but my dad is a chef at a Chinese restaurant in Flushing, where the number of coronavirus cases is 61 percent higher than the city average, and my mom works at the same post office where three employees tested positive for the coronavirus.

They feed seven mouths: my grandmother, my five siblings and myself. That arrangement is somewhat unusual. My siblings and I are two sets of triplets: three sisters, six years older than me, and my two brothers and myself, all age 17 and preparing to apply to college next year. Because of the financial toll my sisters, who graduated from college last year, took on my parents, my brothers and I worry about getting enough federal financial aid. My parents paid for my sisters’ room, board and tuition, and they have shelved their retirement plans now that my brothers and I are on the same trajectory. My eldest sister has taken out more than $40,000 in loans for her master’s, and my two other sisters have been laid off from work (as education and career counselors) due to the virus.

I know my parents. They’re resilient. They emigrated from Hong Kong over 40 years ago, when they were my age, and made something of themselves. They’ve raised six children and are putting all of them through college. But their hard work won’t protect them from the virus. They’re on the front lines of getting it. 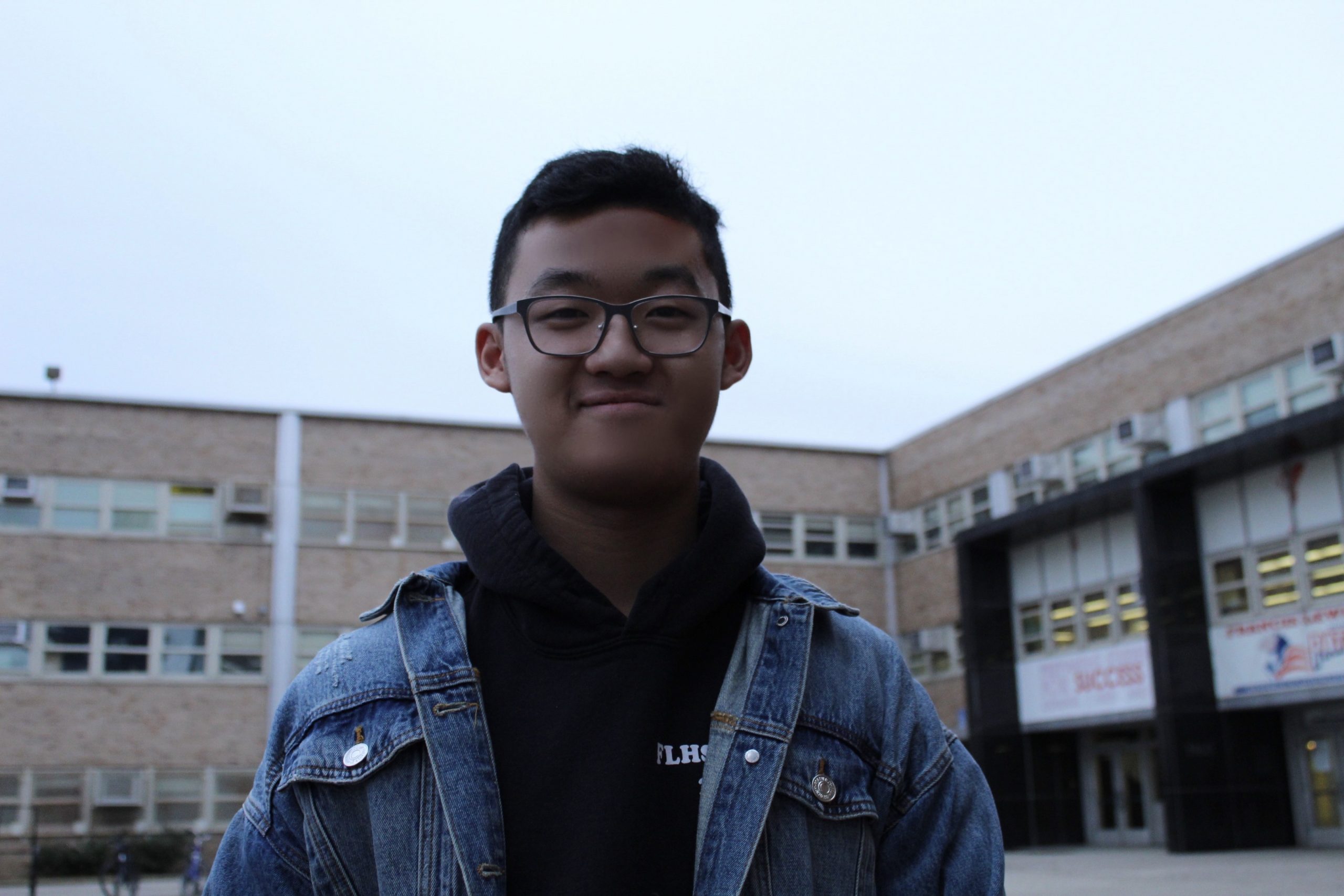 I’m scared they’re not going to make it. I’m afraid they’re going to die working, that we’ll be evicted and end up living out on the streets. They hide their fear of spreading anything from work to us with hugs, kisses and smiles — dangerous though such actions may be in this strange time. They didn’t explicitly say I shouldn’t worry, that I should focus on attending Zoom meetings on my phone, studying for the SATs and applying for summer programs after my junior year.

But I worried that we wouldn’t get a device. And for weeks, we didn’t.

Distribution has been a common problem for hundreds of thousands of students like me across the city who couldn’t get a device in the first two weeks of remote learning, Chancellor Richard Carranza said, primarily because priority was given to students with circumstances more dire than mine — homeless students, for example. To me, this cold economic calculation had the effect of shrinking me down, smaller than I already was, in the dark corner of my living room, my life.

For two weeks, my siblings and I butted heads to get to the router at the center of our living room for a bar of internet connection. Whichever of my brothers, usually the eldest, arrived there first, got the laptop. The rest of us — my sisters, my younger brother and me — wound up using our phones for homework and leisure. I often pinched the corners of my iPhone 6 screen wide, squinting to see my trigonometry and physics teachers doing practice problems on paper.

Even so, my parents still bicker in the background of my Zoom meetings. I double- or triple-check whether my microphone is off to refrain from giving away too much of my home life to teachers and classmates. My next-door neighbor’s dogs yap at sunrise when we’re trying to sleep. I blankly stare at them through my window until they stop.

But somehow, we’re making do. While internet access issues have distanced me from my education, I feel surprisingly OK about it. I’d rather have butting heads, bickering parents and yapping dogs than no education at all. And I did end up getting a device on Sunday, April 5 — two weeks after distance learning started in New York City and just as the give-and-take of Zoom and Google Classroom started to feel normal.

My story, unfortunately, is a common one for New York City public school students of color from low-income backgrounds. As many as 41 percent of households in my Flushing neighborhood lack access to broadband. This is a cycle that keeps poor communities poor. I know because I’m living it.

Don’t get me wrong: I’m luckier than a lot of my peers whose zip code determines their level of learning. I attend one of the most selective and applied-to public high schools in New York City. Since elementary school, I’ve recognized that my education was a privilege. After all, I live in a house with two working parents, multiple phones and one laptop. My three sisters have all gone to college. So will my brothers and I.

Not every student has it so easy. Still, it shouldn’t have taken two weeks to get a laptop, and it shouldn’t have been so hard to get simple answers from the district. Now, I sit here wondering how many other children have had to act on their own with parents at work — playing the roles of traffic cop, translator and support system, trying to find light in the dark corners of our education system.

Brandon Yam is a junior at Francis Lewis High School in New York City, where he is national news editor at his school newspaper, FLHSNews.