Langhorne: As a Teacher, I Was Complicit in Grade Inflation. Our Low Expectations Hurt Students We Were Supposed to Help 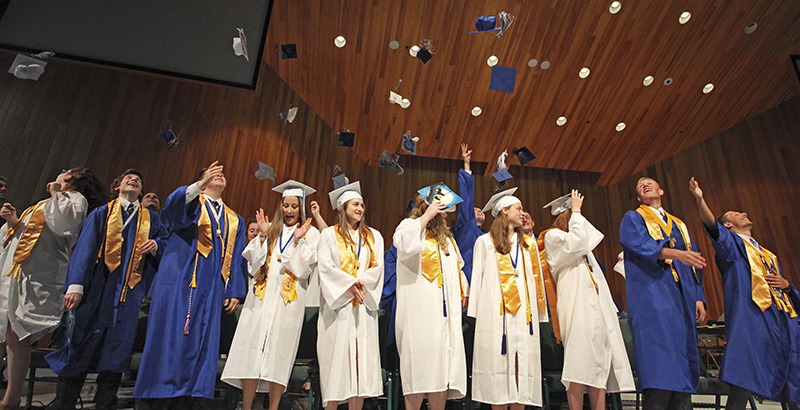 In November, NPR uncovered a graduation scandal at Ballou High School in Washington, D.C., where half the graduates missed more than 90 days of school. Administrators pressured teachers to pass failing students, including those whom teachers had barely seen.

Policy wonks have had a field day with the report, adding graduation scandals to their lists of top 2018 education stories to watch and questioning the value of a high school diploma.

The one group of people who were not surprised by the scandal: teachers.

Four years ago, when I began my teacher training, a tenured teacher gave me some advice: “Just give them a D; it’ll be so much extra work for you to fail anyone.” At the time, I thought it was strange wisdom, but soon I learned that it’s part of the “common sense” of survival in the world of teachers.

In these policies, teachers are:

Not only do these policies create extra work for already overworked teachers, they also promote an attitude of low expectations that does a disservice to our students in the long run. They teach students that deadlines aren’t important, that you can receive half the credit for none of the work, that achievement is detached from practice, and that you can always bank on a second chance.

The justification behind these policies is that a student’s final grade reflects his ultimate mastery of skills or content knowledge, uninfluenced by earlier academic struggles or behavioral issues.

I could almost believe in this educational philosophy, if it weren’t for quality points.

You can read about the math here. To me, passing while failing three-fourths of the year doesn’t align with a “grading for mastery” philosophy.

The central office pressures schools to embrace policies like these, and administrators pressure teachers to do the same, even if the grades go against a teacher’s professional judgment. Ironically, the grading guidelines also state: “All grades reflect the teacher’s professional judgment of student achievement. Teachers are responsible for justifying their grades whenever the need exists.”

Grading policies like these are not unique to Fairfax County. Districts across the country have begun to impose similar policies on teachers.

In my experience, being complicit in this system eventually weighs on you. Teachers know it’s unethical, and they know that the students will suffer the consequences when they leave high school misinformed about their abilities and unprepared for college and the workforce. I can only imagine that the 21 teachers who left Ballou High School before midyear felt similarly.

No teacher wants students to fail. I didn’t, but I also believed students could reach my expectations and, more important, exceed their own, if they were held to certain criteria and received help along the way. Weakening expectations for behavior and academic achievement was not the way I had envisioned “helping” students when I decided to become a teacher.

Working in a system that discouraged having expectations demoralized me, and I think it disadvantaged my students. Different kids need different types of assistance, but creating a uniform policy of low expectations hurts the majority of students. Having never experienced it, students do not know how to cope with, and learn from, failure. Moreover, they have little incentive to grow academically when A’s aren’t earned through thinking, learning, and persevering, but are instead handed out like participation stickers.

In Virginia, students have to pass a standardized assessment to graduate from high school. That assessment is set at an eighth-grade level. The bar is low, but at least it exists. Only 12 states require that students pass such a test. Ballou High School graduated the majority of its students even though none tested proficient in math and only 9 percent tested proficient in English on D.C.’s standardized exams. Again, such inconsistencies aren’t news; they’re happening everywhere.

We are becoming a society where students no longer earn diplomas; they receive them. When state lawmakers attempt to increase the rigor of high school graduation requirements, they’re lambasted until they relent and weaken the criteria.

As a nation, we’re afraid. Administrators, educators, parents, school board members, and other elected officials fear that if we raise the bar, our students won’t be able to reach it. We’re afraid that our kids will fail, so, instead, we fail them by sending them off to college and the workforce, knowing that they’re underprepared.

They’re paying the price for our complicity in a system that perpetuates low expectations.