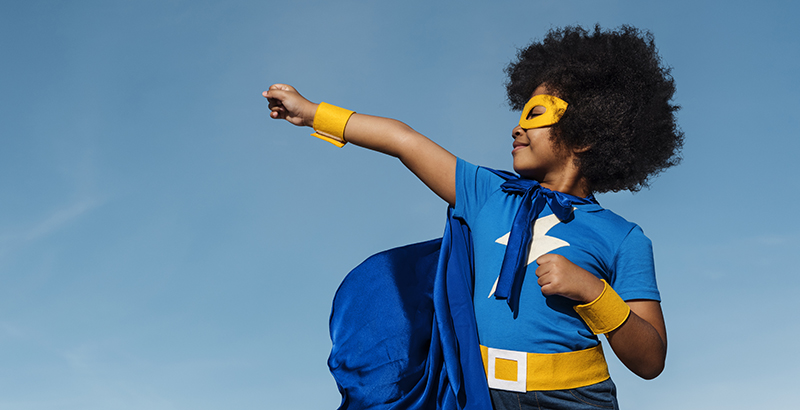 For the fifth time in the past 10 years, the Los Angeles Unified School District is searching for a new superintendent. The school board’s list of required qualifications likely include:

● Able to drive and execute on an academic improvement vision for more than 640,000 students.

● Able to turn around or close hundreds of low-performing schools.

● Able to skillfully manage the politics of an oft-divided school board and community.

The list may as well include, “Able to leap tall buildings in a single bound.”

Should LAUSD’s school board be looking for the superhero who can do all these things? The pool of people who possess this unique mix of political, financial, and academic vision and skill is small. And most of those people know that the politically elected school board system is designed to eat them up and spit them out, not provide them the cover they need to succeed. In other words, there are few people who can do this job—and even fewer who would want it.

No wonder the average tenure for urban superintendents is about three years. Interviews with some who have taken on this “impossible job” in the past make it clear that superintendents are whipsawed by political demands and unable to mount and sustain the strategies that would create effective solutions for students. Even with a supportive school board, the boldest and most savvy superintendents can at most hope for a two-year window before a new board is voted in by those who oppose the changes. Except for superintendents who are protected by mayors or others whose hold on power is very secure, most superintendents choose between relatively short tenures marked by bold action and longer tenures sustained by caution and accommodation. As one veteran district superintendent said: “We are constantly choosing between initiatives that might work, but would get you fired, and initiatives that are too weak to do much but might survive long enough to make a little bit of difference.”

So what should L.A. do? The answer is not to search for a new superhero. Instead, the school board should make an impossible job possible by moving decision-making authority (and the associated politics) to the school level. School leaders should be given as much authority as possible to make the right decisions for their school — getting to choose teachers and staff, deciding how to use money and what services they pay for. A few years ago, John Deasy resigned from LAUSD after an extremely controversial districtwide purchase of iPads. Imagine instead if each school had decided which technology would best suit their needs. Deasy might still be there.

Other district leaders have gone to battle with the teachers union over things like districtwide teacher evaluation requirements. Why not let every school set its own approaches to teacher evaluation as long as it is getting results? Even cost savings issues can best be resolved at the school level. When schools control their own funds, they are much less likely to want to pay for central services.

There are challenges to moving authority to the school level. Not every principal has the skills needed today to handle a budget and curriculum decisions. Recruiting and developing capable school-level leadership takes time, but is a much more easily solvable problem than hiring a superhero superintendent. Most importantly, giving principals the power to lead is the most effective approach to improving schools for urban students.

Managing politics and community preferences are, for good reason, a necessary part of public education. L.A.’s next superintendent will need the political skills to garner community support and the management skills to oversee the district. He or she will need to be committed to transparency, educator empowerment, and accountability. But placing the burden of managing all the political decisions for a community like LAUSD in one person’s hands is a fool’s errand.

NCLB Opinion: As Congress Shifts Power to States, Time to Realize the Fight for Better Schools Is Now Up To Us

L.A. should take a lesson from Chicago, as pointed out by my colleague Paul Hill: “The parts came together, not because a person on horseback had imposed a brilliant plan, but because over time educators gained information and the freedom to do sensible things.” The board and the new superintendent should seize this opportunity to develop a cohesive vision for citywide improvement, one that can survive leadership transitions because it is rooted in the community and in the schools themselves.

There is no escaping the fact that the woman or man who next leads LAUSD will have to make tough decisions, but his or her ability to do that will be stronger with a clear mandate for a small number of critical decisions, not a litany of politically laden ones. Superintendents come and go. School board majorities change. And top-down improvement initiatives lack the support to sustain them over time. Let’s stop the endless search for a superhero and recognize that it’s time to let schools lead.